In the mid-1970s, architect Sumet Jumsai was tasked with producing sketches for a new building in Bangkok. For years he struggled with ideas and a suitable design. One day, Sumet’s young son came into his studio and began playing with his latest toy, a robot from Japan. Almost as a joke at first, Sumet began sketching a building shaped like his son’s toy.  He honed the sanuk robot design, complete with huge nuts and bolts on the side, but still wasn’t convinced. Despite that, he sent the sketches off to his friend who had commissioned the work. Sumet was surprised to get the call a few days later confirming that everybody concerned liked the design and wanted to go ahead with the construction of what would become the iconic Bangkok robot building. 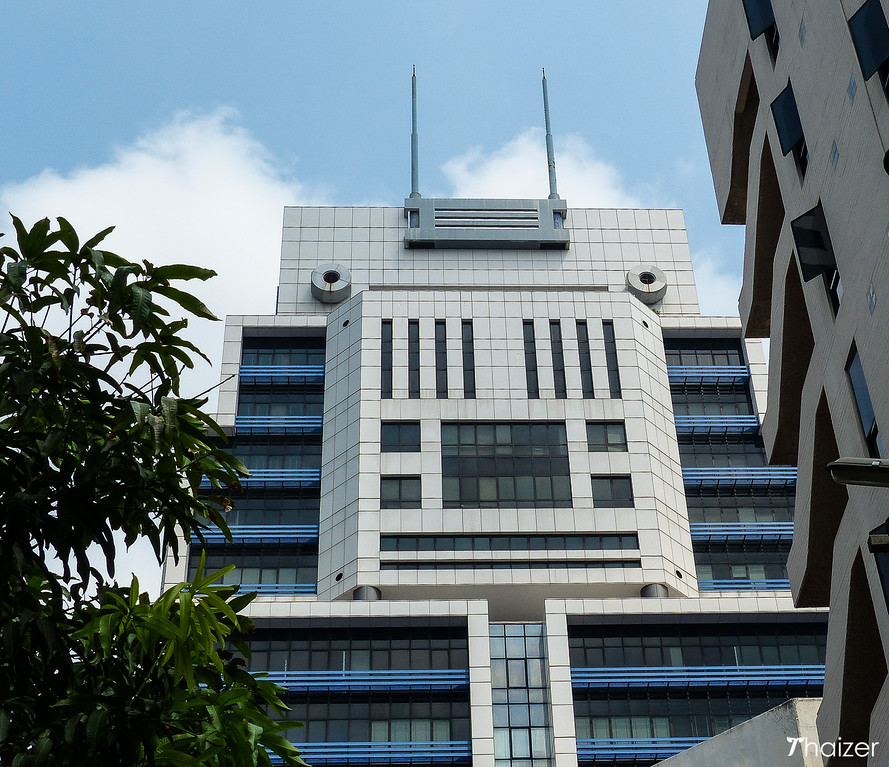 The Bangkok robot building was originally built for the Bank of Asia, but it is now United Overseas Bank (UOB) that occupies the building. At the time when the structure was finished in the mid 1980s it was the tallest building in the Sathorn area and dominated the skyline. The head of the structure contained the bank’s executive and VIP rooms so was literally the brains of the building. The antennae on top of the building are lightning rods and the eyes at the front are windows with sun shades forming the eye-lids. The eyes were also designed to light up with strobe lights at night and it must have been a remarkable sight when construction was complete to see this futuristic colossus looking down on Bangkok. 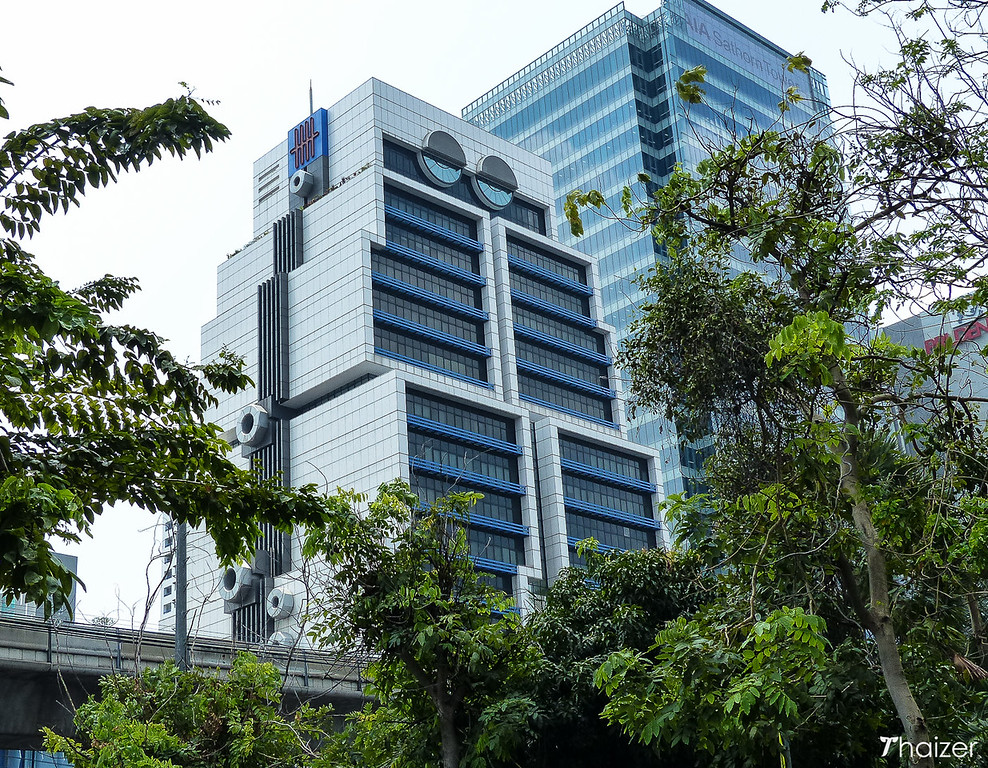 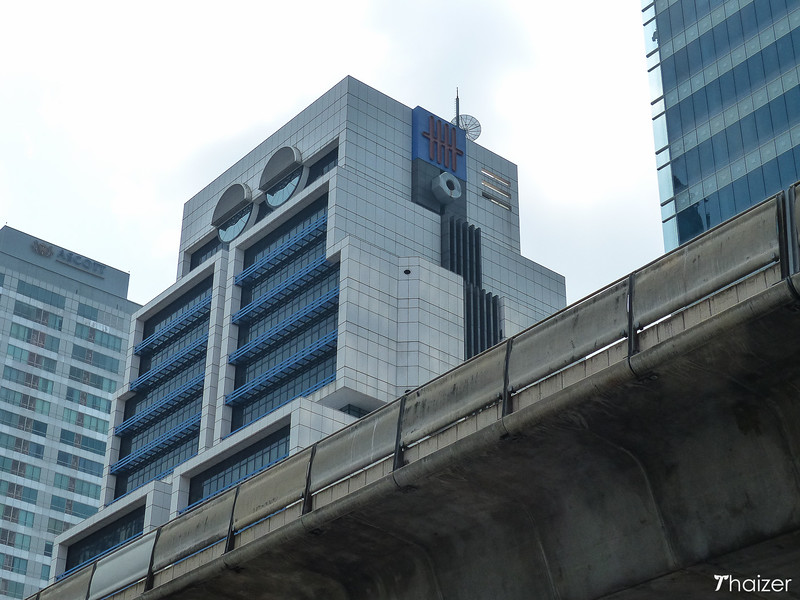 In subsequent years, high-rise buildings have sprung up all around the Bangkok robot building and the construction of the Skytrain also cut in front of it. Nevertheless, the structure still remains a unique site on the skyline of the Thai capital and brings a smile to many people who see it for the first time. 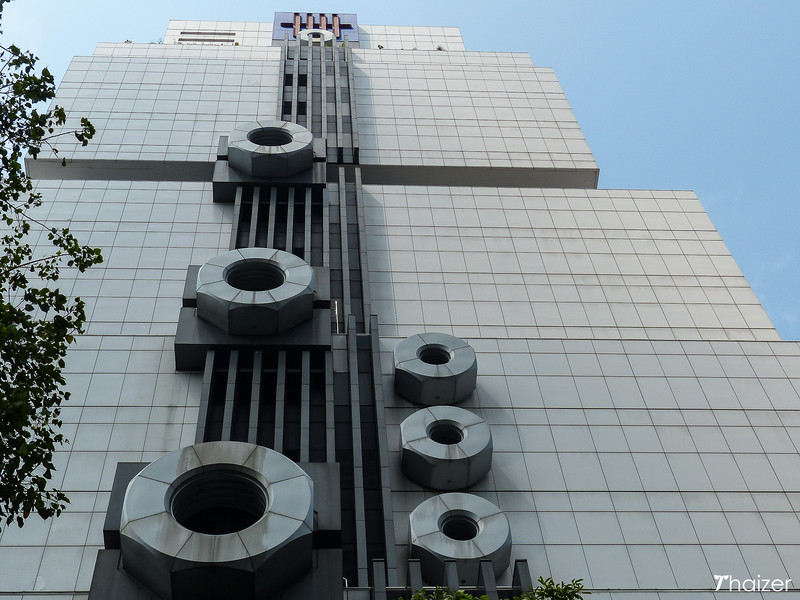 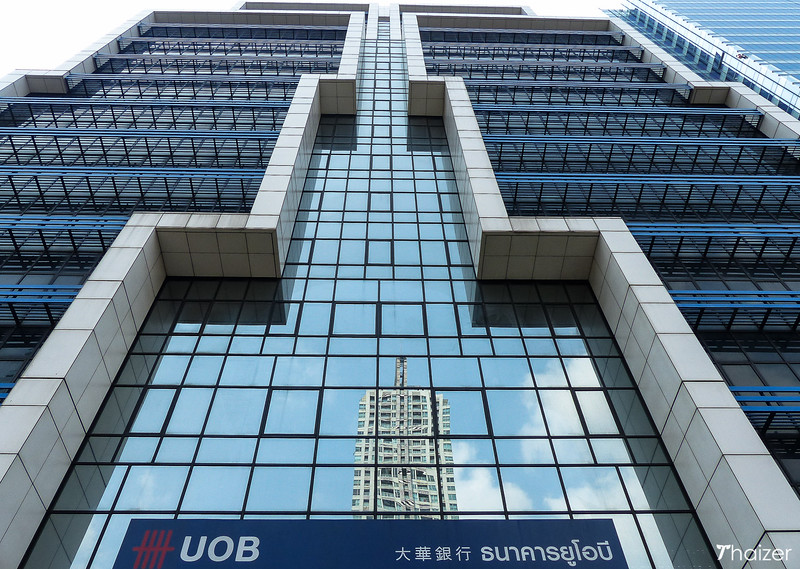 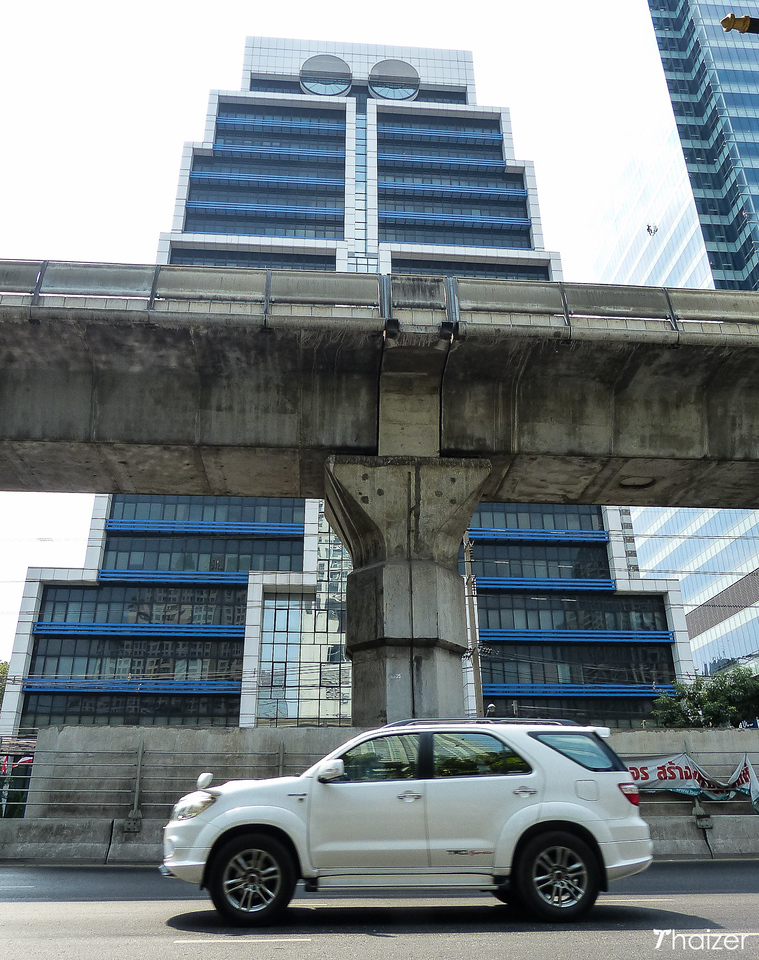 Location of the Bangkok robot building

The UOB building is on South Sathorn Road (Thanon Sathorn Sai). The nearest BTS Skytain station is Chong Nonsi which is just a few minutes’ walk away. Although the best view of the structure is from the ground, you do go past it on the skytrain. If you’re travelling on the Silom Line towards Saphan Taksin (for the Chao Phraya River), you’ll see the robot building on your left hand side just after leaving Chong Nonsi station. Travelling from Saphan Taksin towards Siam or National Stadium, look for the building on your right-hand side after leaving Surasak station.