I walked down to the Riverside and Downtown area of Chiang Mai today to see for myself what the latest flood situation is in the city. The flooding is certainly localised with some roads completely clear of water whilst adjacent roads are submerged. Just to get things in some perspective, Chiang Mai is a big city and covers a wide area which means that a large percentage of Chiang Mai has not been affected. Reading some reports online it would be easy to get the false impression that all of the city is under water. 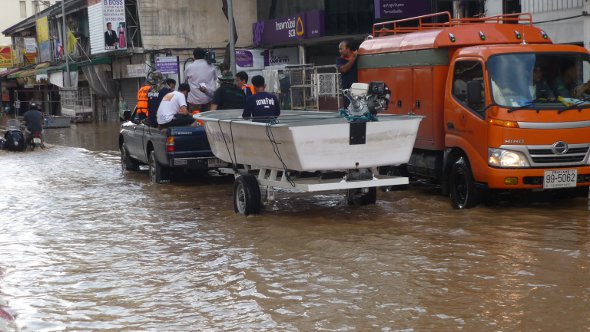 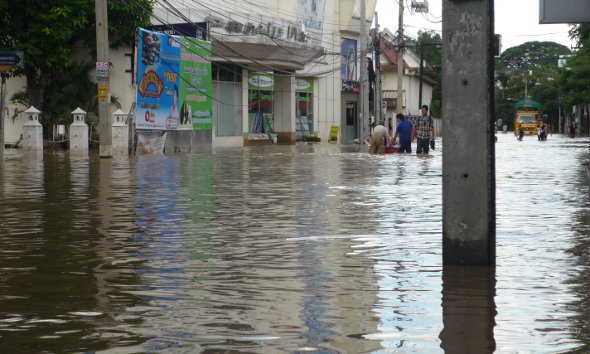 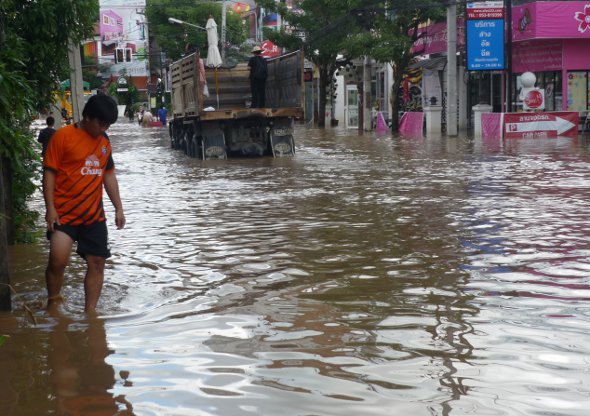 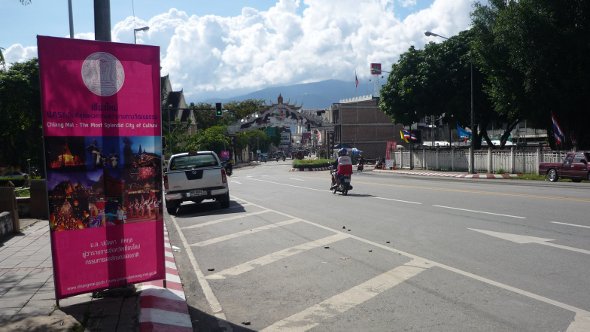 Walking from the Old Town down Thapae Road to Narawat Bridge was completely dry. The water level of the Ping River remains very high and at various points along the embankment water has flooded the adjacent roads including those in and around Chiang Mai’s famous Night Bazaar area. Although some people were wading through the water (which was waist level in a number of areas) large trucks and flat-bottomed boats were also being used to ferry people around the flooded roads. At one stage I was interviewed by a Thai Channel 3 television crew and as I pointed out to them, whilst it’s inconvenient for tourists, the people I really feel sorry for are the local traders, businesses and home-owners who will be left counting the cost of the floods.

It all happened quite quickly during the course of yesterday afternoon and evening. A combination of heavy overnight rain and run-off from further north saw the level of the Ping River rise rapidly yesterday until it eventually spilled over at different points along the embankment. There has been no rain so far today and hopefully the waters will recede quickly in the next few days.