Today would have been the late King’s 89th birthday. December 5 is a public holiday in Thailand and also the date of Father’s Day in honour of the man who is affectionately referred to as the ‘Royal Father’. Families will still enjoy their day together, but there will be a mix of emotions with special commemorative events being held throughout Thailand today in memory of the King. 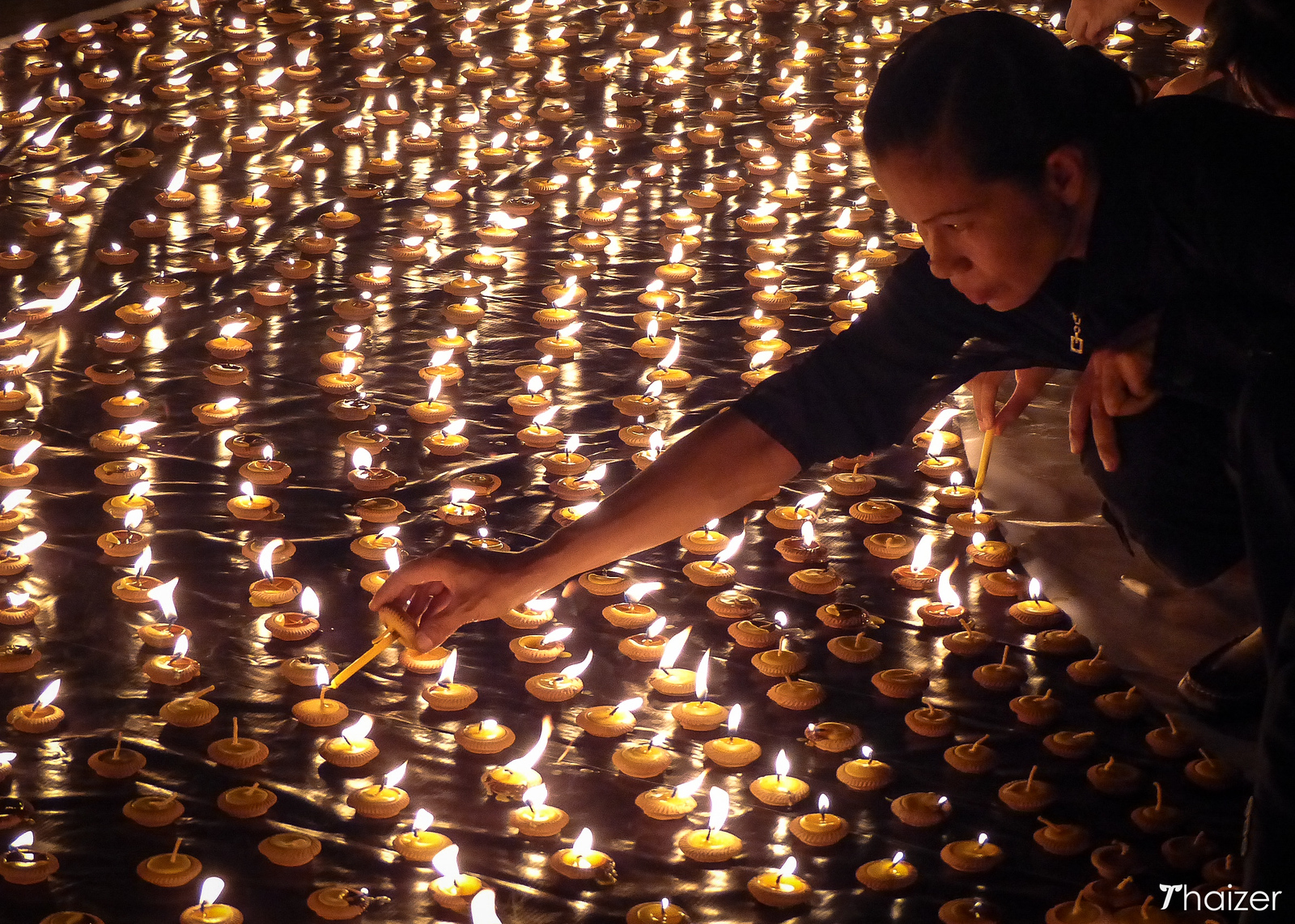 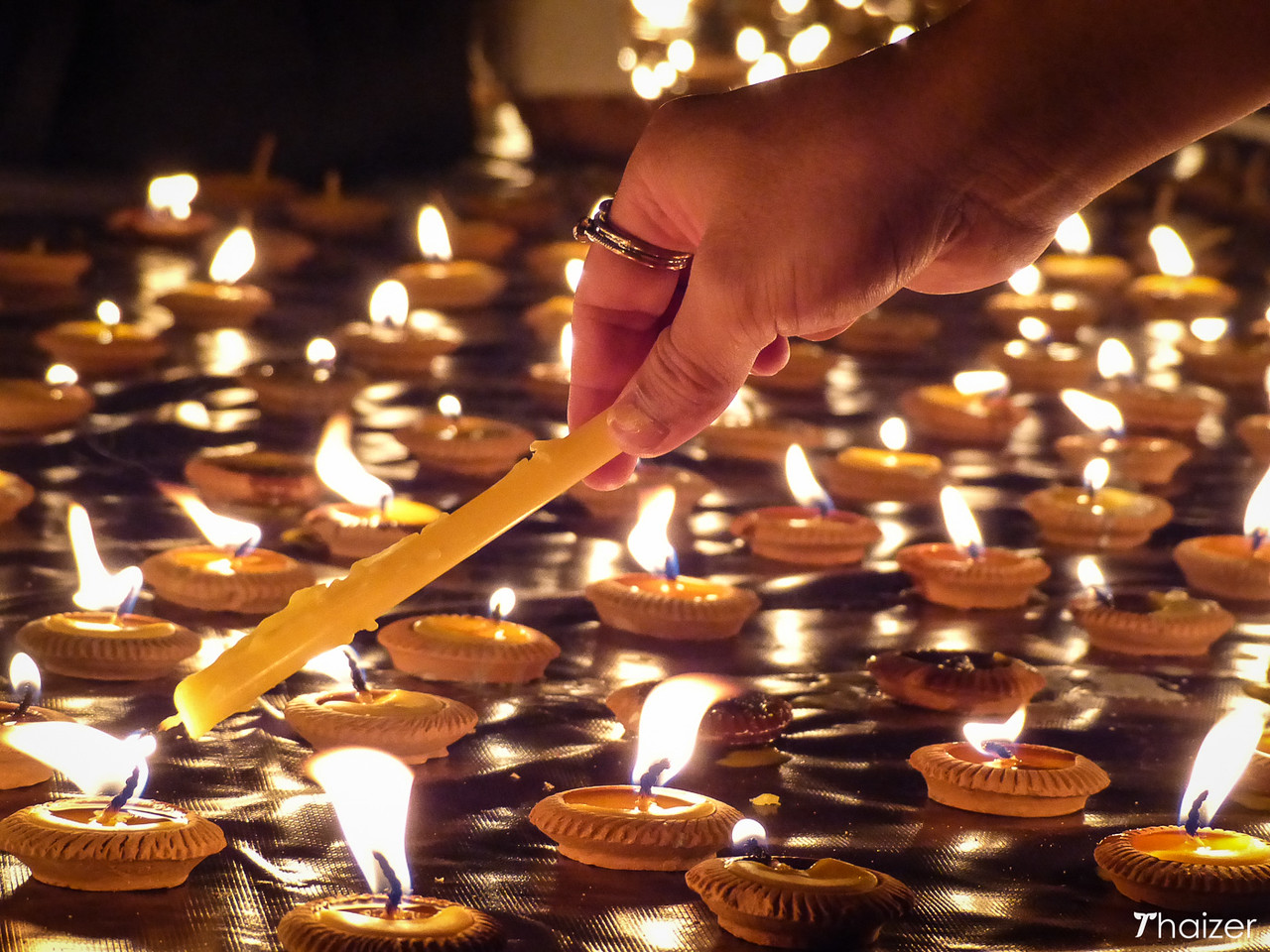 Since the passing of the King on October 13, there have been many poignant ceremonies and events in his honour. Life is going on as normal now in Thailand, but the King remains in the thoughts of many. It’s a historic time to be in Thailand and I’ve been fortunate to travel around the country and witness various ceremonies and events to commemorate the King. I wanted to write something today to try to reflect some of the quiet dignity I’ve seen throughout Thailand in the days and weeks since the death of the Thai monarch. There have been some moving scenes and there have been tears. But there have also been smiles and warm welcomes. 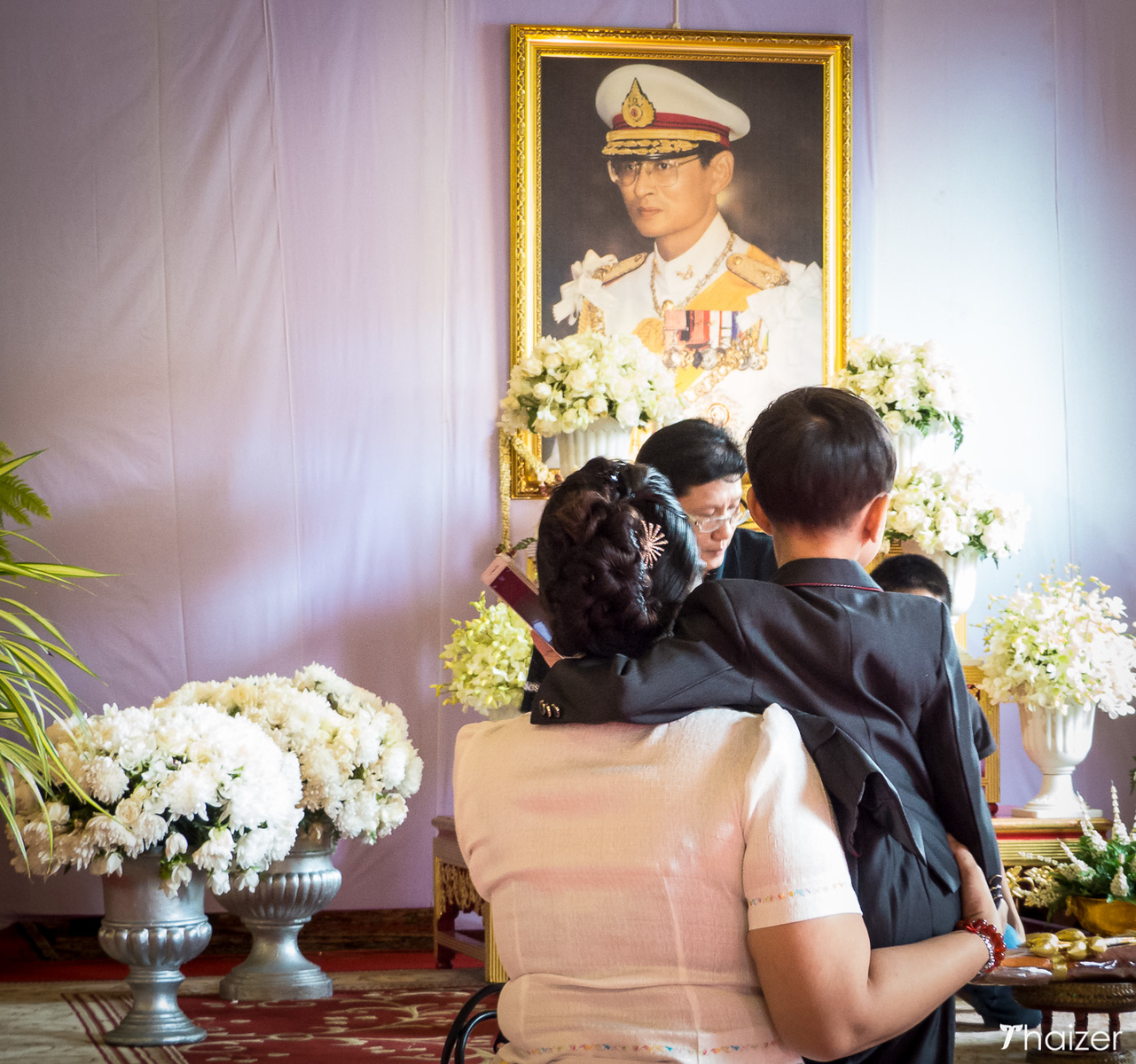 The King has passed, but his image continues to look down on his people. In every town in every province of Thailand, the King’s portrait is displayed and his legacy lives on. The photo above was taken outside a college in Lopburi where artwork was being showcased. The painting is based on an iconic photograph of the King taken in November 1955 when the monarch was visiting Nakhon Phanom province in the north-east of the country. The image shows an elderly Thai lady called Tum meeting the King. Local people at the time said Tum, who was reported to be 102 years old, was determined to see the King. Her children took her in a cart so she could wait on the route for a glimpse of the monarch. Waiting for hours under the hot sun the lotus she was carrying wilted. But Tum’s devotion was rewarded when the King saw her and stooped to talk to her. 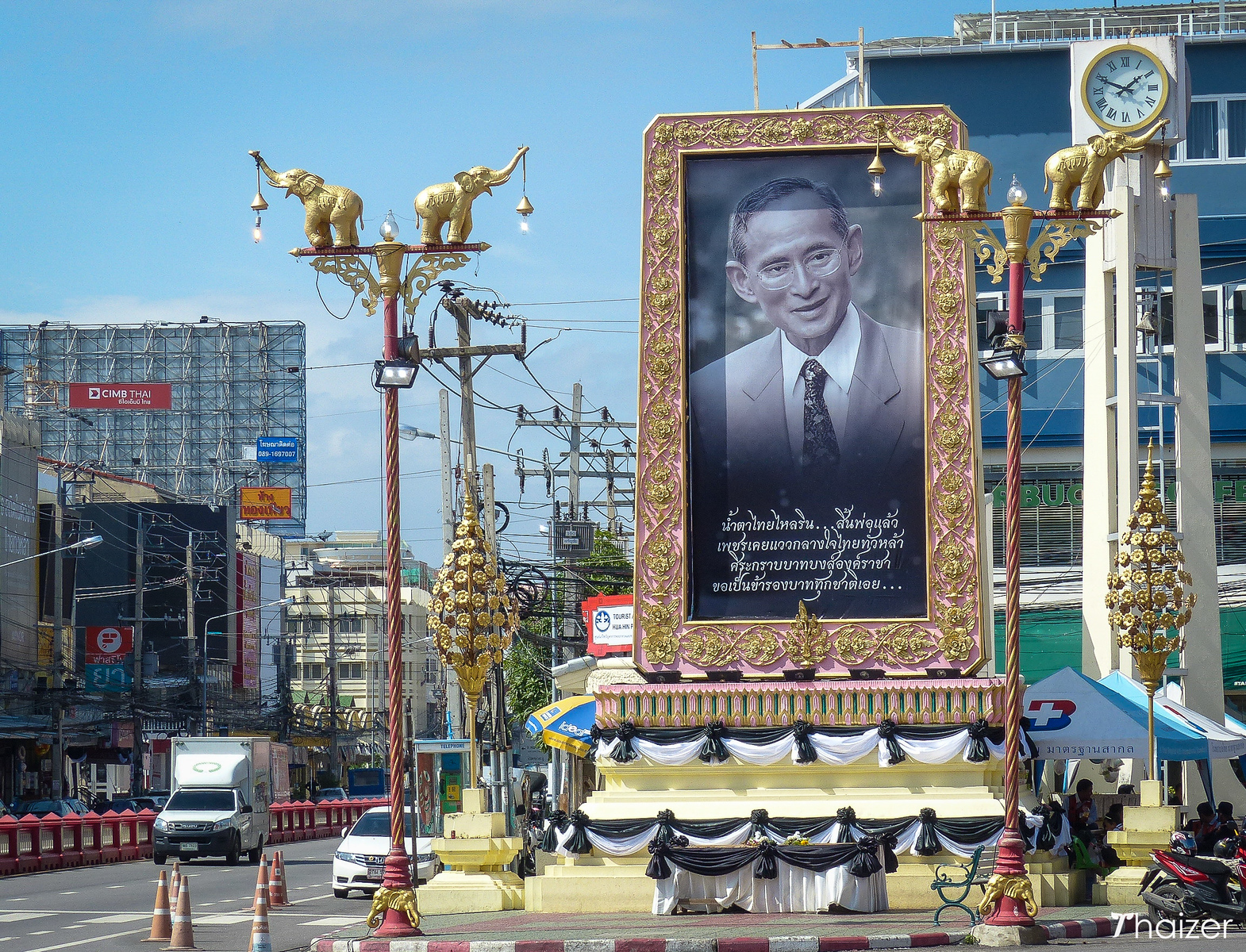 Born in the reign of Rama IX

On social media Thai people have been proud to say they were born during the reign of King Rama IX. The Thai number 9 has been depicted on candlelit tributes across the kingdom. Another popular comment has been, “I may not have come from the greatest country, but I am proud to say I have lived in the country with the greatest King”. 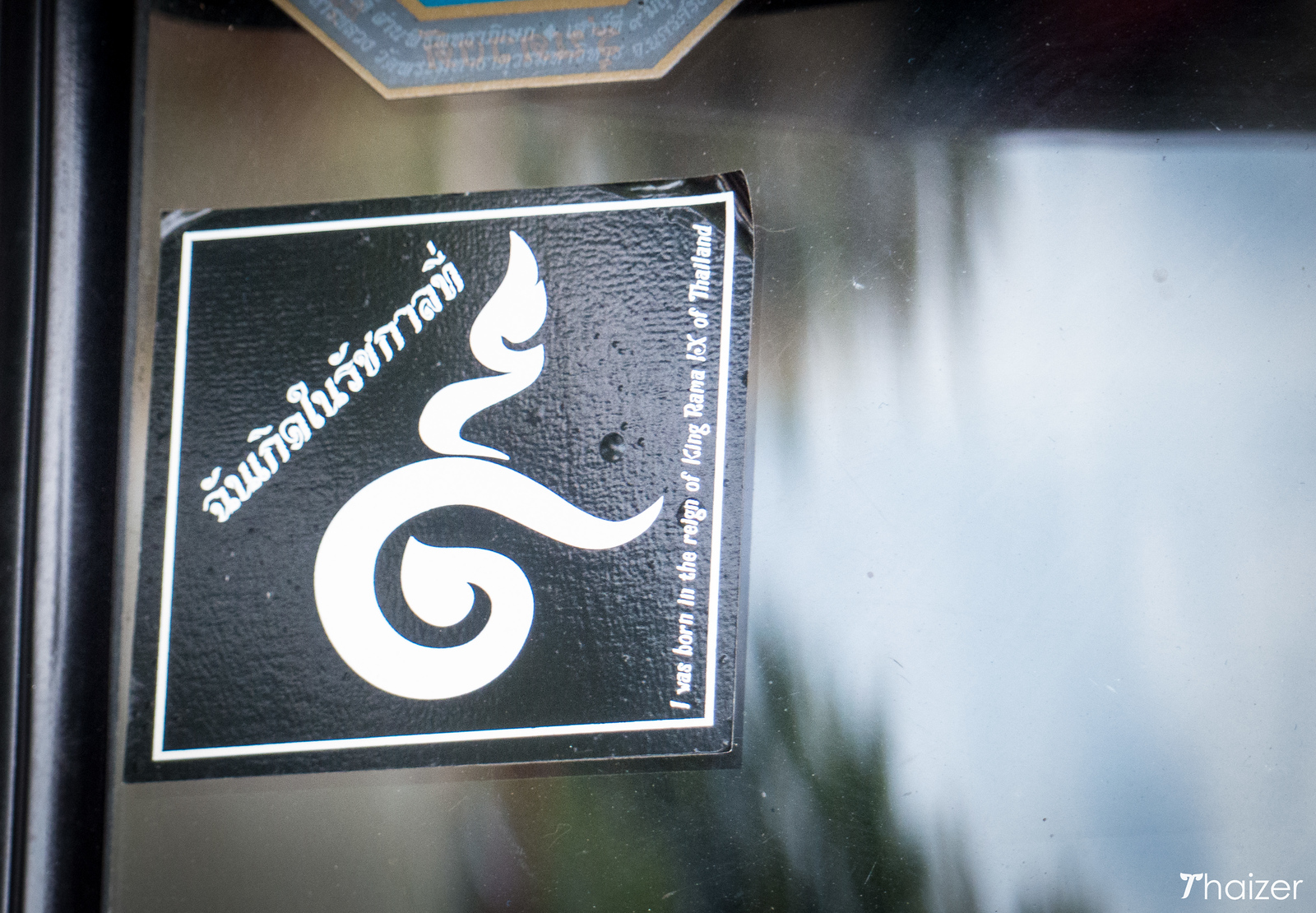 Good deeds for the King

As one way of showing respect, some Thai people have been performing good deeds for their local community. From free hair cuts in Chiang Mai to free taxi rides in Bangkok, Thais have come together as ‘Volunteers for Dad’. 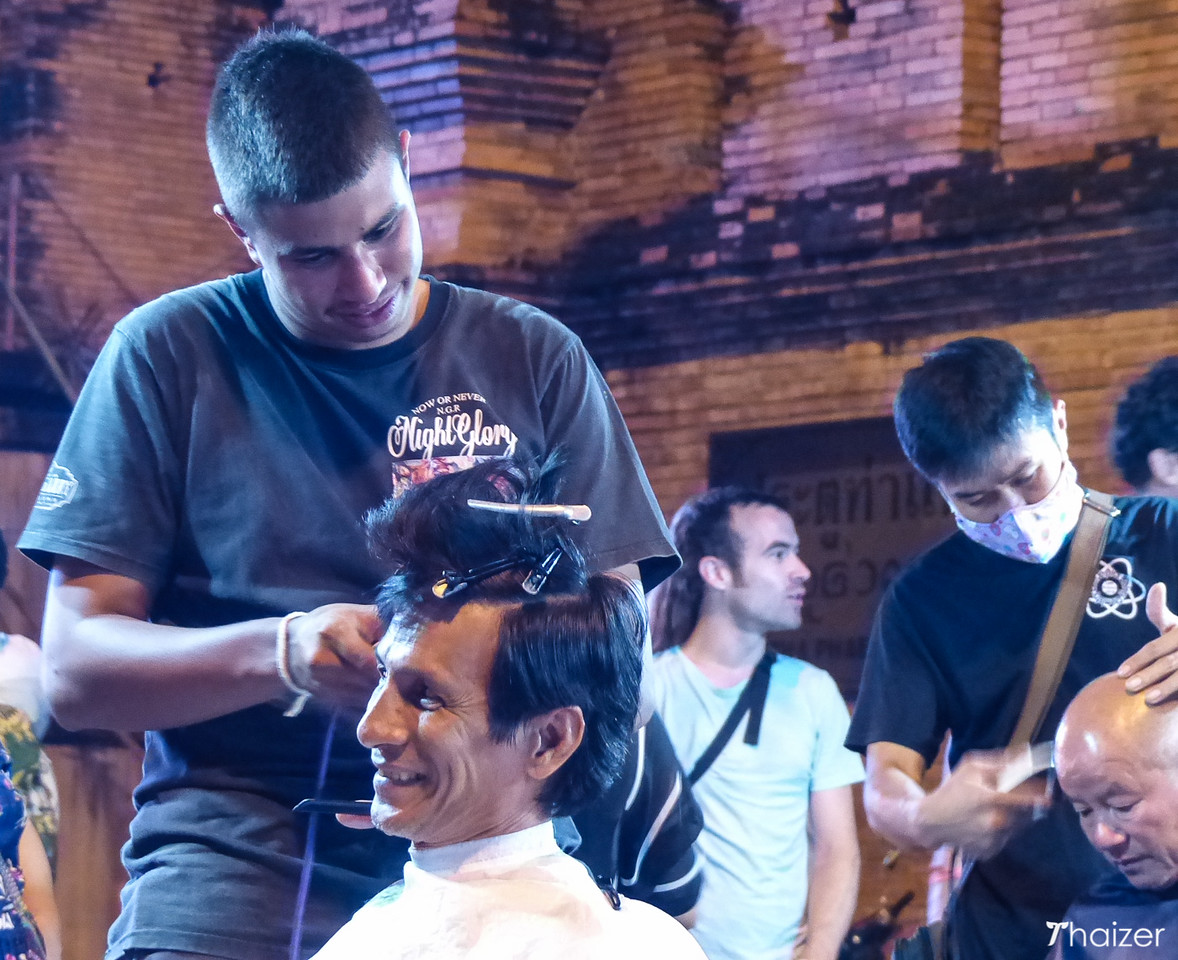 opposite the Grand Palace, Bangkok

King Bhumibol Adulyadej was an accomplished musician with a penchant for jazz. One of his best known compositions is ‘Candlelight Blues‘ He was also a keen photographer and on his visits around Thailand would often be seen dressed informally with a map and a pencil in his hand and a camera strapped around his neck.

There have been so many powerful and touching images on display in Thailand since the death of the King and trying to put it all into words has been a difficult task. Genuinely loved by many Thais of all ages and from all backgrounds, the King will never be forgotten. The photo below from the exhibition at the Bangkok Art and Culture Centre will sum up the feelings of many on this Father’s Day in Thailand.

Rama X: The New King of Thailand
Next Post: What is the Best Island in Thailand?