You are here: Home / Culture & Etiquette / The Elephant in Thailand

Elephants have played an important part in Thailand’s history and today the Thai elephant (chang Thai,) remains as an enduring symbol of Thailand. In bygone eras they were used in warfare, but more recently elephants were used as a beast of burden, particularly in the logging industry. The elephant also has special spiritual significance with its association with Buddhist and Hindu beliefs.

In the year 1900, the number of elephants in Thailand was estimated to be around 100,000, but just over a century later, that figure had been dramatically reduced to around 3,000-4,000 with almost half of that number domesticated and the remainder living wild in National Parks. 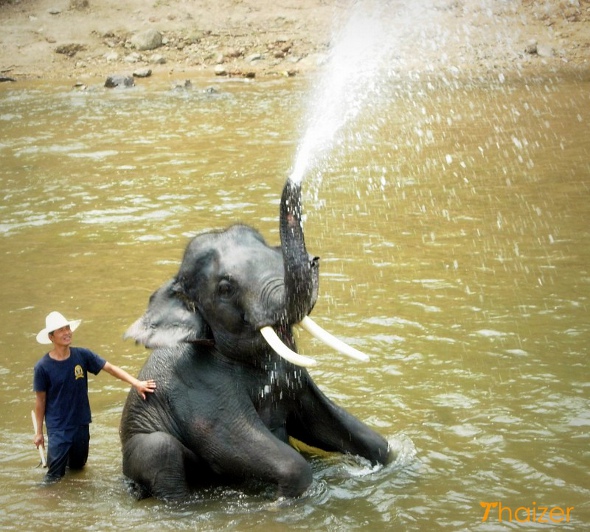 Spiritual significance of the elephant

In Buddhist legend it is believed that Queen Maya (mother of the Buddha) was only able to conceive after having a dream that a white elephant entered inside her. This is why the white elephant (see below) is seen as highly auspicious and enjoys royal status in Thailand.

Thai Buddhism has incorporated elements of Hindu beliefs and shrines to Hindu gods and deities can be seen all over Thailand. Amongst these, Ganesh (the Hindu god with an elephant’s head) and Erawan* (the elephant mount of Indra) are particularly common.

*(Erawan is the Thai name for Airavata). 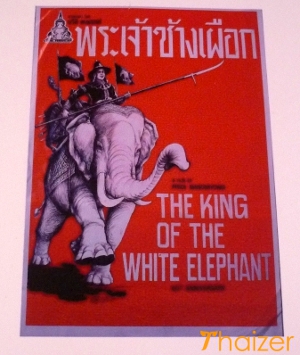 Throughout Thai history, elephants have been used to assist in the construction of temples and to help clear forests and carry timber. The ancient kings of Siam used elephants to ride into battle and the more elephants a king had (especially white elephants) then the more status and power he enjoyed. This is epitomised by the letter sent in 1861 by King Rama IV to the American president. When the Siamese king found out that the American president had no elephants he offered to send him some to help in the Civil War. Abraham Lincoln gently declined the offer.

From 1855-1916, the national flag of Thailand (Siam as it was then) was a white elephant on a red background and the white elephant still features today on the Thai Naval Ensign.

In Thailand, white elephants are auspicious because of the connection with Buddha’s birth and by law all white elephants belong to the king. However, this does not automatically grant the elephant the rare privilege of being called a ‘royal white elephant’. For this to happen, a number of checks and tests have to be conducted by the Bureau of the Royal Household to ensure the elephant has the correct physical and behavioural attributes. Most ‘white’ elephants aren’t actually albino. They are paler in colour than other elephants, but the skin tone is normally closer to pink than it is to white.

The legend of the white elephant of Doi Suthep

The expression ‘white elephant’ is believed to come from when kings used to give white elephants as presents. If somebody was in favour with the king, land would be given in addition to the elephant. However, if the king wanted to prove a point to somebody who needed to be taught a lesson, the elephant would be given but no land. As it was forbidden for the royal elephant to work or to be sold, its upkeep became a very expensive undertaking and with no land for the animal, the recipient would often be driven to financial ruin in trying to maintain the elephant.