You are here: Home / Culture & Etiquette / The Guardian Naga Serpent

Images or depictions of nagas are a common sight in Thailand, particularly at temples. If you see a staircase at a Thai temple, take a closer look at the decorations and you may notice the naga which in Buddhism is often depicted as a snake or a serpent-like creature. The naga is a guardian figure which keeps away bad spirits and features in Hindu and Buddhist mythology. In one particular story, it is said that the King of Nagas protected the Buddha from a fierce storm by using its cobra hood as a shield. The photo below is the naga staircase at Wat Phrathat Doi Suthep in Chiang Mai. 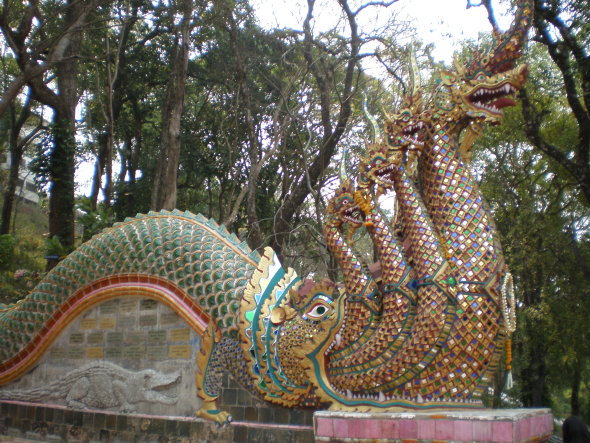