You are here: Home / Culture & Etiquette / Yaksha – the Guardian Giants

If you’ve ever travelled via Bangkok’s Suvarnabhumi airport, you’ve probably seen at least one of these imposing figures with their fangs, painted faces and bulging eyes. Known in Buddhist mythology as yaksha, they are guardian warriors who keep away evil spirits and can be seen at a number of temples in Thailand. The figures on display at Bangkok airport are replicas of the famous yaksha at the Temple of the Emerald Buddha (Wat Phra Kaeo). In Thai, the figures are often simply referred to as yak (giant) and Thai children become familiar with these male and female giants from an early age. In the same way that children from English speaking countries may learn from picture cards that ‘a is for apple’ or ‘d is for dog’, Thai youngsters are taught that the consonant ‘yau’ is for yak. 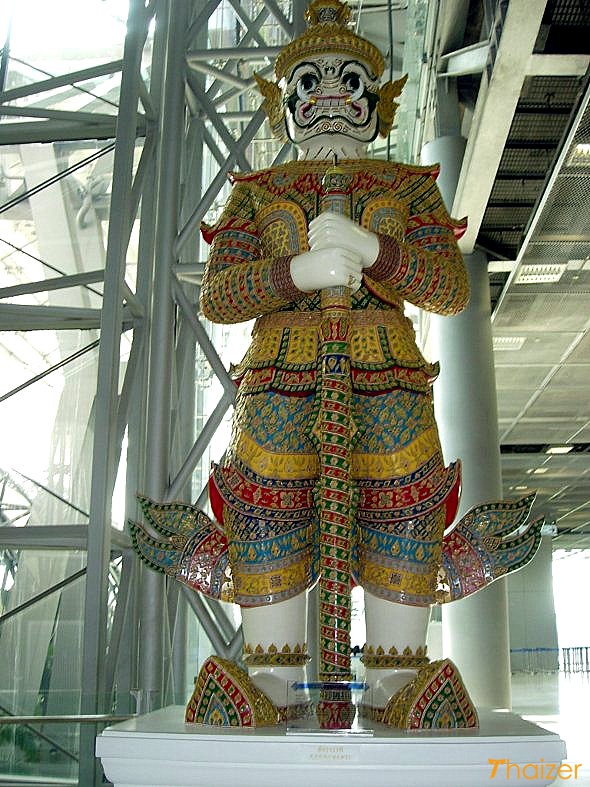 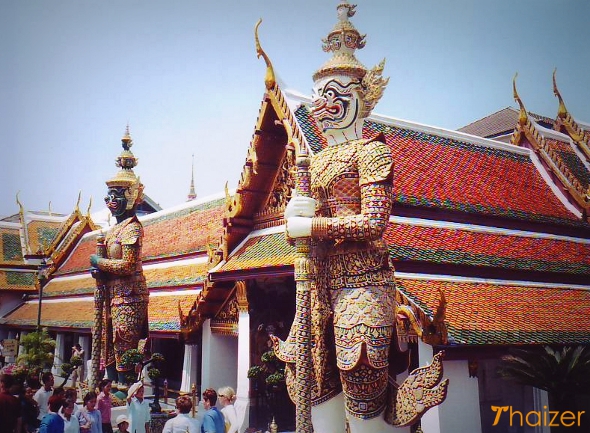 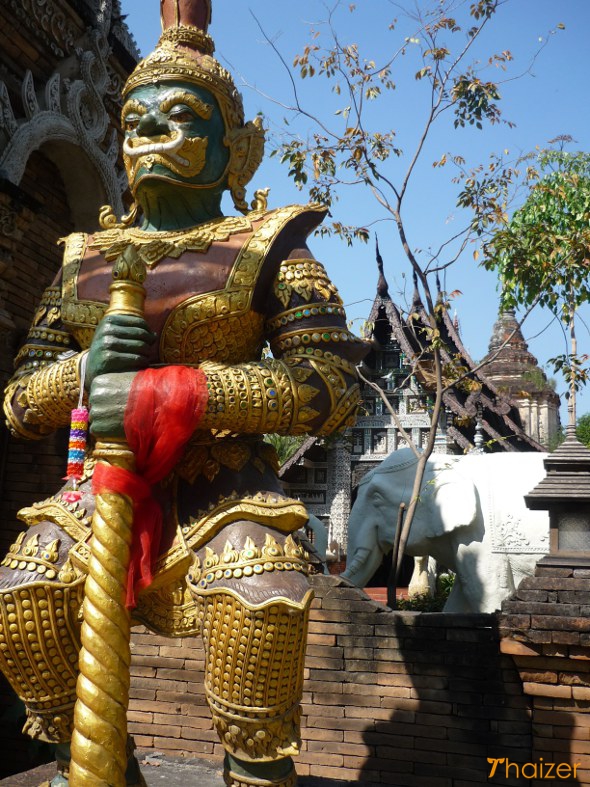 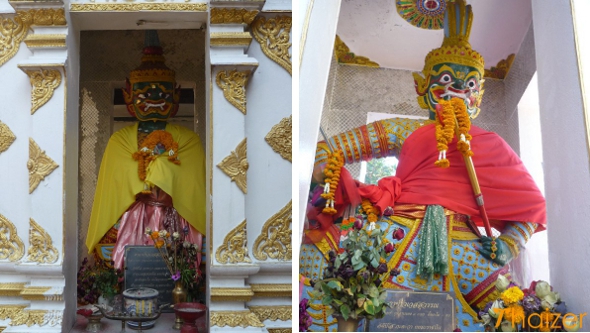 Yakshas at the entrance to Doi Suthep temple, Chiang Mai