You are here: Home / Culture Shock / Thai Superstition: Don’t Cut Your Hair on a Wednesday

As regular visitors to Thailand will already know, this is a country with many superstitions and ancient beliefs. Some are taken more seriously than others and whilst not everybody adheres to all of the old ways, there are many Thais who do. Thinking about getting your hair cut? Check the day first. In Thai culture, it’s considered bad luck to cut your hair on a Wednesday. Some traditional neighbourhood barber shops actually close on a Wednesday for this reason. But where does the belief come from? It seems that nobody knows for sure and depending on which Thai person you ask, different reasons may be given. However, there does appear to be two particular possibilities that have given rise to the belief that cutting your hair on a Wednesday is bad luck.

In ancient Siam, Wednesday was viewed as the day of agriculture and gave rise to a Thai expression which translates as ‘Don’t cut on Wednesdays and don’t pull out on Thursdays’. With farming and the land so important to a rural population, it’s plausible that everything would be done to ensure good luck for the crops and it’s easy to imagine how the no cutting crops on Wednesday belief could have extended to not cutting hair on that day too.

Some older Thais tell of a belief that has been handed down to different generations. Apparently, the Thai king would traditionally have his hair cut on a Wednesday. Because the day became associated with a royal haircut, Thais thought it disrespectful to cut their hair on the same day. 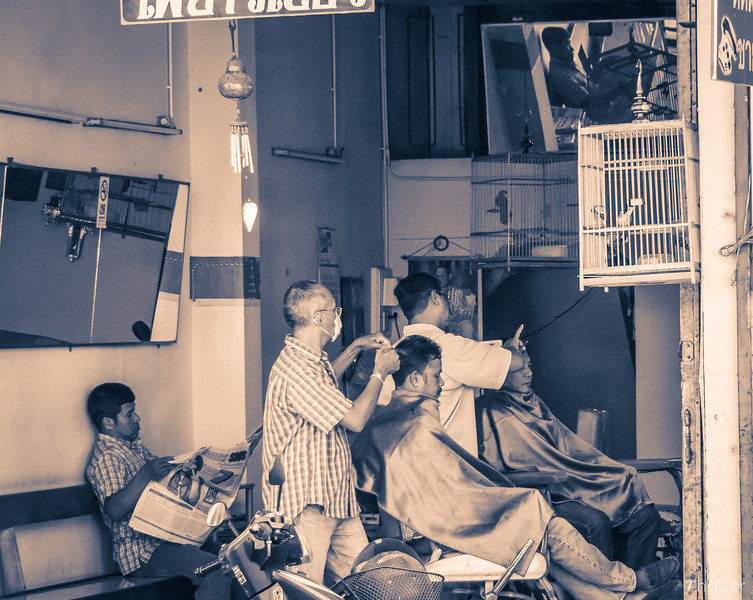 Best day to get a haircut in Thailand

The old belief that you shouldn’t cut your hair on a Wednesday does mean that some barber shops in Thailand are closed for the day. However, trendier hair salons and beauty shops will normally be open, especially in shopping malls and in cities. With a new generation of Thais challenging some of the old traditions and beliefs, you can normally find somewhere open if you are desperate for a haircut on a Wednesday. But if you don’t want to tempt fate, there are other more auspicious days to go for a trim: