A century ago, Bangkok’s network of canals were the lifeblood of a city which was known as the ‘Venice of the East’. In an era when Thailand was still Siam, the waterways that criss-crossed Bangkok were the main transport and trade routes. As Bangkok modernised, many of the canals were paved over and replaced with concrete thoroughfares. Today, the roads of the Thai capital are regularly clogged with traffic so it’s ironic that the canals that do remain can still provide the quickest way to traverse parts of the city. 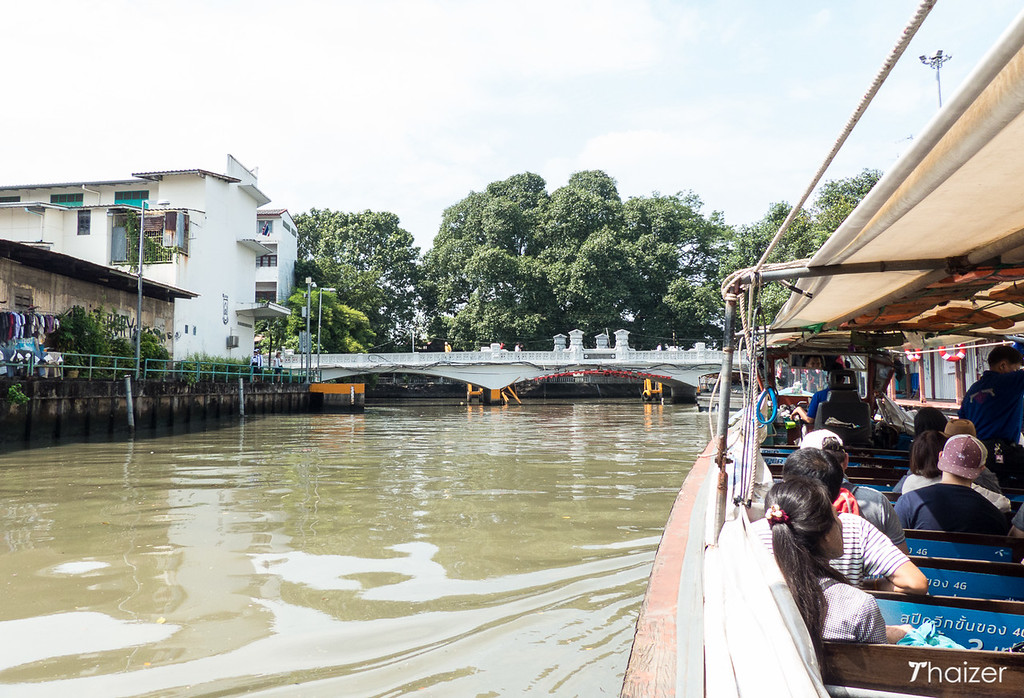 The majority of the road bridges that span Bangkok’s canals are functional rather than fancy, but here and there you can see some architectural delights like the historic Mahadthai Uthit bridge. Constructed in 1914, the bridge commemorates one of the most important figures in Thai history, King Chulalongkorn (Rama V), who died in 1910.

Located a stone’s throw away from the Golden Mount, the bridge is officially known as Saphan Mahadthai Uthit. The name is in recognition of the Thai civil servants from the Ministry of the Interior (Krasuang Mahadthai) who donated the funds for the construction. However, it is the colloquial name, Saphan Ronghai (the ‘Crying Bridge’), which hints at the reason for the construction. The passing of the much-loved King Chulalongkorn in 1910 was a time of great sadness for the Siamese people. The emotion of the time is poignantly captured on the design of the bridge with elegant bas-reliefs portraying weeping women holding their children. 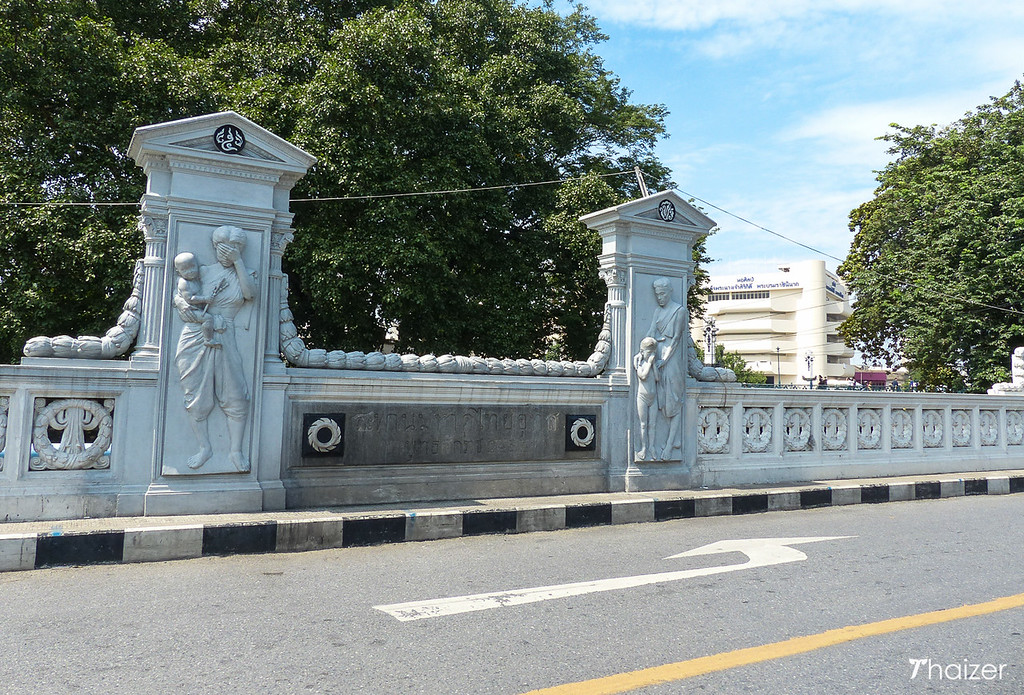 The fifth king of the Chakri dynasty is still revered in Thailand and the day he passed away, October 23, is a public holiday in his honour. Enter any home or small business in Thailand and there is a good chance you will see a portrait of King Chulalongkorn. In Bangkok, there is a famous statue of a uniformed King Chulalongkorn astride his horse in front of the Ananta Samakhom Throne Hall. 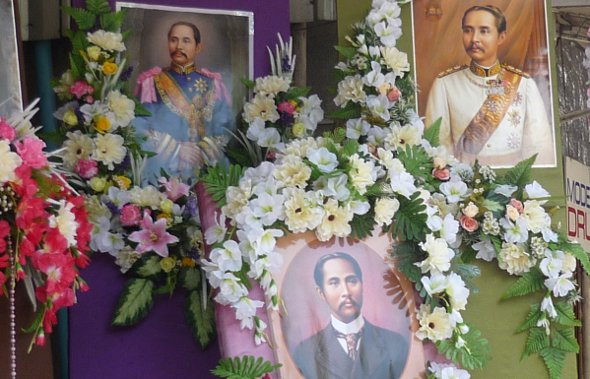 Ascending the throne as a teenager, the 42 year reign of King Chulalongkorn was remarkable for many reasons. At a time in history when colonial powers such as Britain, France and Portugal were extending their influence in Asia, King Chulalongkorn’s leadership and diplomacy managed to keep his country independent. He oversaw a host of reforms including the abolition of slavery. The monarch modernised the government and replaced the traditional lunar calendar with the Western calendar. The king also advocated religious tolerance and stated that although Siam was a Buddhist country, other religions should have the freedom to practise without fear of persecution.

King Chulalongkorn was the first Thai monarch to visit Europe and with his well-known love of European architecture it’s a fitting tribute that Italian designers worked on the bridge. The man responsible for the construction was Carlo Allegri with fellow Italian, Vittorio Novi, the artist who worked on the bas-reliefs. The two men also worked on other important buildings dotted around the historic Dusit and Rattanakosin areas of Bangkok. 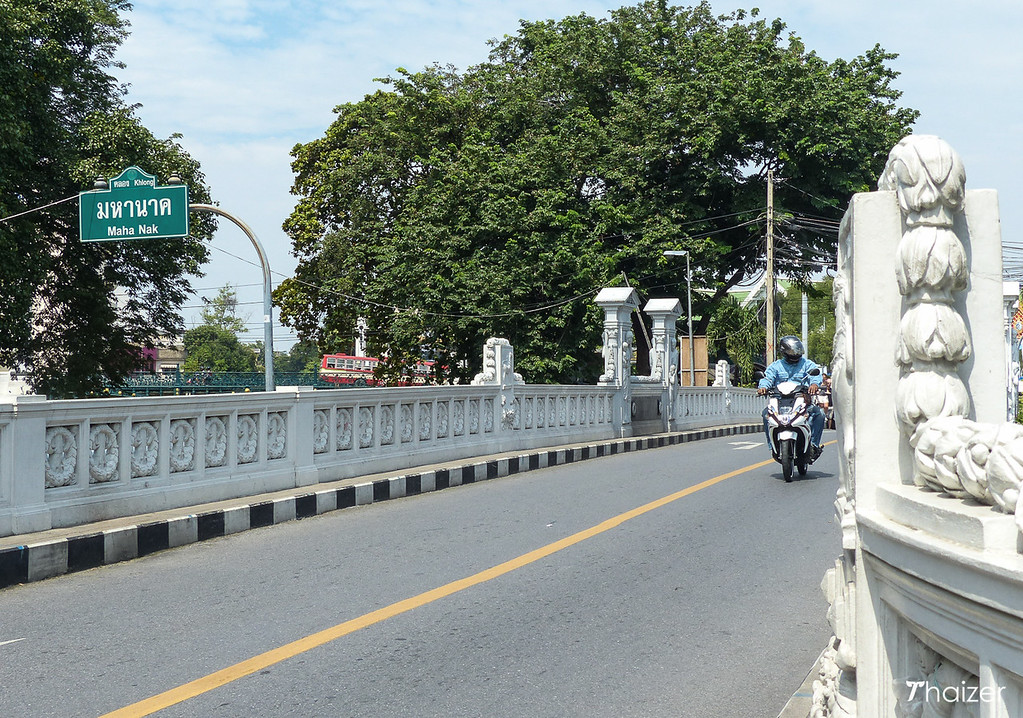 Unlike most other bridges in modern-day Bangkok, the road here hasn’t been widened and the bridge retains its original dimensions with little room for pedestrians on the narrow pathway. Restoration work was carried out on the bridge in 2014.

How to get to the Crying Bridge

Saphan Mahadthai Uthit by itself isn’t a tourist attraction, but it does provide a point of interest if you are visiting the nearby Golden Mount (Wat Saket) or heading in the other direction towards the Ananta Samakhom Throne Hall or Marble Temple (Wat Benchamabophit). The easiest way to get to the bridge by public transport is to take the Khlong Saen Saep canal boat taxi heading west and get off at the last stop, Phanfa Leelard pier. The fare depends on where you get on, but will be between 10-20 Baht. Be warned though, these boats aren’t for the faint-hearted. They don’t wait long for passengers to hop on and off and when you are on board it can be standing room only as the boats whizz along the canal. It’s hot, smelly, and you may find yourself holding up the plastic sheeting on the side to protect from the spray. But it’s a cheaper and more adventurous alternative than taking a taxi and can be a great way for independent travellers to explore areas of Bangkok.