Sport has a habit of throwing up surprises. A rank outsider winning a horse race, a top-seeded tennis player losing to an unknown, an amateur golfer outdoing the professionals. Whether you like sport or not, there is something compelling about an underdog succeeding against all the odds. And with the improbable achievements of Leicester City in this season’s English Premier League, the football club and their Thai owners are on the brink of becoming part of the greatest sporting upset ever. The team are top of the league and poised to win English football’s biggest prize despite being 5,000-1 outsiders at the start of the campaign. Leicester City players and coaching staff have been rightly lauded for their success this season, but there is another team based in Thailand who have played a role behind the scenes. A team who wear saffron robes, shave their heads and chant Buddhist incantations.

King Power and the Thailand connection

Thai businessman, Vichai Srivaddhanaprabha, bought Leicester City Football Club in 2010. Since then, he has periodically flown in Buddhist monks from Thailand to England to take part in religious ceremonies at the Leicester City stadium. Phra Prommangkalachan from Bangkok’s Wat Traimit temple is one of the monks who has performed religious ceremonies on the pitch, blessed players with holy water and daubed protective Buddhist symbols known as yants at Leicester City’s stadium. If you’ve been to Thailand, you will probably have noticed similar protective symbols above doorways in hotels and stores and even on the interior of taxis. It’s common for business and home owners to carry out a number of rituals to appease spirits and bring good luck. Whether it’s in the form of spirit houses or Mae Nang Kwak, what might be disregarded as superstitious nonsense in some countries is a serious affair in Thailand.

One of the richest men in Thailand, billionaire Vichai is owner of King Power, a company which has a near monopoly on duty-free sales in Thailand. In February 2013, Vichai’s family was given the honour of a royally appointed surname from His Majesty the King Of Thailand. Vichai said, “It is our family’s greatest honour to receive this royally granted surname . . . The name ‘Srivaddhanaprabha’ conveys positive attributes to the industry and brings prosperity to our family.”

The power of the king

With the name ‘King Power’ featuring on the team’s shirts and the owner bestowed a surname from the King of Thailand, the royal omens have been good. But there is another king who, if you are to believe such things, has played his part in Leicester City’s astonishing story.

King Richard III of England was killed at the Battle of Bosworth in Leicestershire in 1485. He was thought to have been hastily buried to keep his body away from his enemies, but the location of the royal remains were unknown for centuries. It was only in 2012 when archaeologists excavated a site in Leicester that the grave of King Richard III was discovered. His remains were reinterred at Leicester Cathedral in a formal ceremony on March 25th, 2015. The reinterment of King Richard III coincided with an upturn in Leicester City FC’s fortunes and there are some people who believe that this is more than coincidence.

Against all the odds

At the beginning of April 2015, Leicester City were rock-bottom of the English Premier League and had been written off as certain candidates for relegation. A remarkable sequence of seven wins in the remaining nine games saw them survive the drop into the league below and meant they would remain in English football’s top flight for another season at least.

As amazing as Leicester City’s form was at the end of the 2014-15 season, they were amongst the favourites for relegation ahead of the 2015-16 season. The thought of them actually winning the Premier League title was preposterous. Bookmakers William Hill quoted odds of 5,000-1. That’s the same odds as Elvis being found alive. The same odds as Kim Kardashian becoming the U.S. president in 2020 or Barack Obama playing cricket for England after he’s finished with his job in Washington. In short, you would have been ting-tong (crazy) to use a Thai phrase if you bet on Leicester City to win the Premier League. However, there have been at least two Leicester City fans who were ting-tong enough to make the wager. One man who bet £50 stood to win £250,000 if Leicester City did achieve the impossible dream. Not many people would have blamed him when he took the opportunity to cash the bet in early in March 2016 to pocket £72,000. 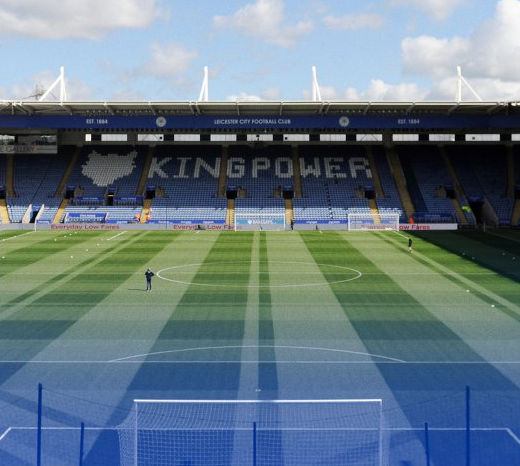 It hasn’t all been plain sailing for Leicester City who have a strategic partnership with the Tourism Authority of Thailand. An ill-fated ‘goodwill’ tour to Thailand in May 2015 resulted in a racism and sex scandal involving the son of the man who was then manager. The fallout from the public relations disaster saw the sacking of the three players involved and the departure of the manager. Ironically, this episode may have been the catalyst for Leicester City’s success this season. In what has proved to be an inspired move, the Thai owners of the club appointed the experienced and well-respected Claudio Ranieri as the new manager. The amiable Italian has been a calm influence and has masterfully steered his team towards the verge of the unlikeliest of achievements.

Muay Thai is officially Thailand’s national sport, but this is also a country in love with football. The Thai League is going from strength to strength and the national team are enjoying a run of success at the moment which gives them a chance of qualifying for the World Cup in Russia in 2018. Many Thais take an interest in the Spanish and German leagues, but it is the English Premier League which is most keenly followed with Manchester United and Liverpool particularly popular in Thailand.

The involvement of Thai businesses in English football has become an increasingly common trend in recent years. In 2007, former Thai prime minister Thaksin Shinawatra bought Manchester City after he had been removed from office by a military coup. Thaksin sold the club a year later, but since then King Power have bought Leicester City and Thai business people have been involved in takeovers at Sheffield Wednesday and Reading Football Club whilst Chang beer have a well-established sponsorship deal with Everton.

The rise of the Siamese Foxes

Leicester City’s nickname is ‘The Foxes’. Dubbed the ‘Siamese Foxes’ in Thailand, the success of the club means they are being cheered by a rapidly increasing fan base in Thailand. Some fickle football fans in Thailand have switched allegiances from the likes of Liverpool and Manchester United to support Leicester City and the demand for replica Leicester City shirts has sky-rocketed.

Countdown to the final whistle

If Leicester do win the biggest prize in English football, it won’t be a fluke. It’s been a sustained effort by Leicester over the course of the season. By the time the final whistle blows on the final day of the season, Leicester City will have played 38 league matches. Luck can play its part in individual games, but over the course of a long season the team that wins the league deserves to win the league.

It’s not all over yet. Leicester could still stumble at the final hurdle. Whatever happens in their remaining fixtures, it’s been an incredible season for Leicester City and their fans and there has been much pride in Thailand too because of the Thai association. Winning the league title would be the fairy tale ending. But fairy tales don’t come true. Do they?