Asahna Bucha Day is a public holiday in Thailand. The date of Asahna Bucha varies each year depending on the lunar calendar, but it usually falls in July or August. The holiday commemorates the day when the Lord Buddha delivered his first sermon. This event took place over 2,500 years ago when the Buddha preached his first sermon at a deer park at Benares in India. From this sermon the Dharma (doctrine) of the Buddha was symbolised as a wheel. The Dharmachakra is also known as the Wheel of Life, Wheel of Law or Wheel of Doctrine and can be seen on flags in temples and buildings all across Thailand. Similarly, pictures of deer can often be seen at temples or in depictions of the Buddha to represent the first sermon at the deer park.

Like many other Buddhist festivals and holidays, Asahna Bucha (also written as Asalha Puja and other combinations) is a day when Thai Buddhists will make merit and visit the local temple. Traditionally, candles are amongst the items donated to the wat for Asahna Bucha and processions featuring candles are held at various towns in Thailand. The most famous of these events is the Ubon Ratchathani Candle Festival. 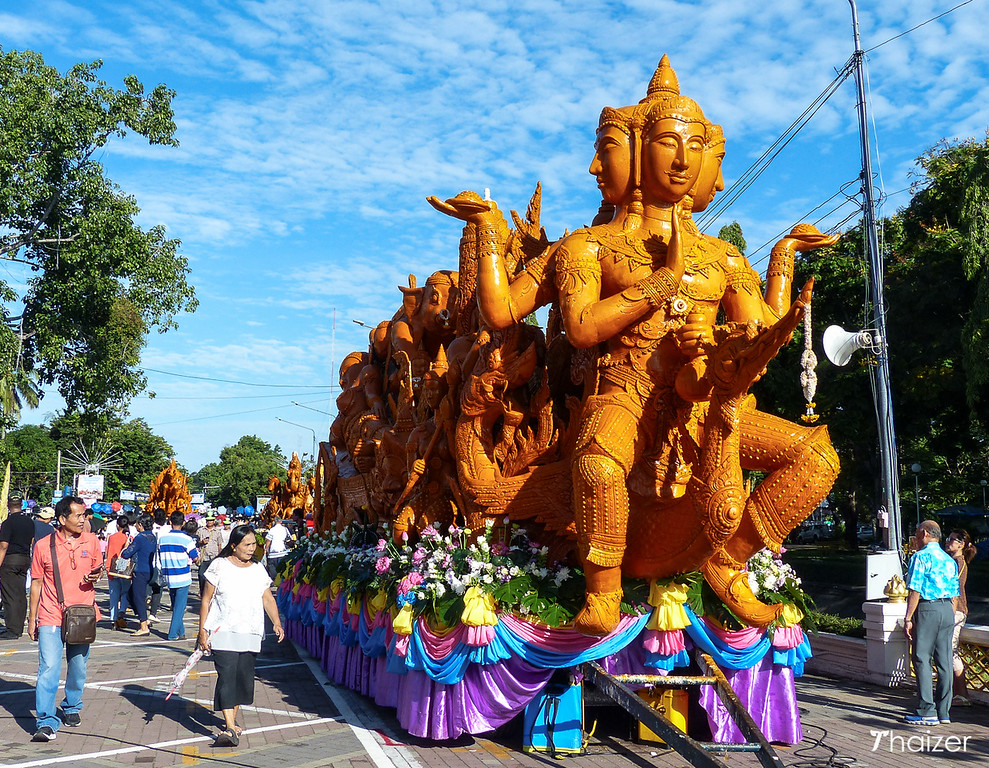 The tradition of donating candles dates back to the times before electricity where extra light was needed at the temple during the darker days of the rainy season. Local people will also ‘wian tian‘ which involves walking around the wat with a lit candle, lotus flowers and incense. The day after Asahna Bucha is another significant day with Wan Khao Phansa marking the start of the three-month ‘Phansa‘ period which is sometimes referred to as ‘Buddhist Lent’.