I don’t pretend to understand the whole Hello Kitty phenomenon. I’m not exactly the target market, but in Asia and Thailand it can be surprising where the little cat mascot crops up. You’d expect to see it perhaps on young children’s school bags or notebooks, but maybe not on an adult’s t-shirt or motorbike. Well, This Is Thailand (T.I.T.) so expect the unexpected. It’s perfectly acceptable here for adults to indulge in the Hello Kitty craze which might be seen in other countries as kitsch or odd, but in Thailand is just ‘narak’. 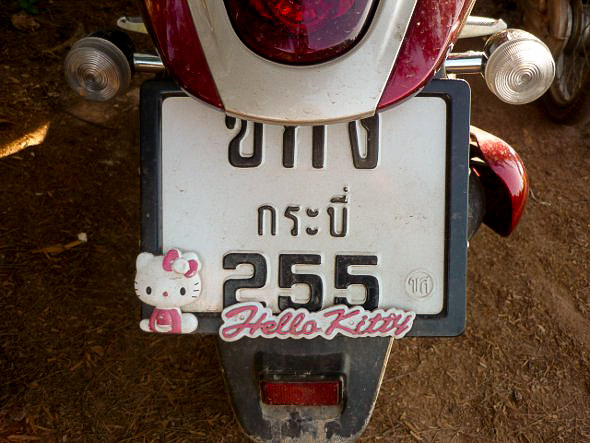 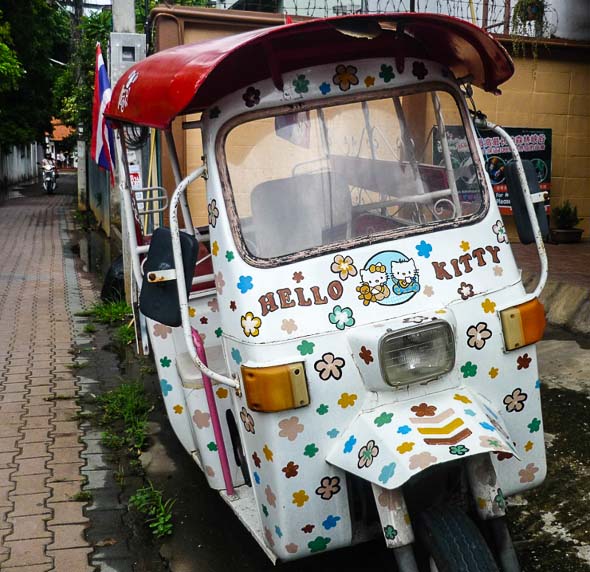 There have been suggestions that the Hello Kitty character is based partly on the beckoning lucky cat (maneko-neko) which, in its various forms, has traditionally been a good luck symbol throughout Asia. However, this particular cat wasn’t quite so lucky for some unfortunate Thai police officers back in 2007. As part of a campaign to improve discipline amongst the Bangkok police force, officers who were late on duty or who committed minor transgressions had to wear a pink Hello Kitty armband for several days as a mark of shame. Amazing Thailand.