Thailand is famously known as the ‘Land of Smiles’, and for good reason. But a Thai smile does not automatically mean that the person is happy. This can lead to misunderstandings between Westerners and Thais. 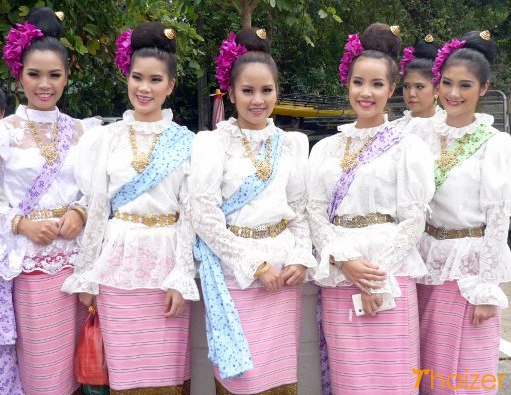 Here is an example from my second trip to Thailand. I was in an internet cafÃ© near Sukhumvit in Bangkok. The American man at the computer next to me spent an hour typing away only for his computer to crash. Understandably, he was frustrated at losing whatever it was he had been working on. He explained to the shop owner that the computer had crashed and asked if she could retrieve what he had been working on. The lady shop owner spoke good English and apologised for the inconvenience. After quickly assessing the computer was, in her words, ‘kaput’, she smiled at the man and told him that he would not have to pay. The man then said that he had wasted an hour of his time. The lady again smiled and offered him a free fruit shake. The man was still upset and raised his voice and said that a free fruit shake did not make up for the fact that he had wasted an hour of his time.

This time the lady smiled even more broadly than before and simply said ‘Yes.’ Each time the lady shop owner smiled, the more irate the American customer became. He eventually stormed out of the shop cursing about Thailand being a Third World country. The Thai lady continued to smile.

The Thai woman’s smile was initially a smile of apology which turned into a smile of embarrassment. The American man had misunderstood it as a sign of indifference and unhelpfulness. Living in Thailand I have since witnessed many occasions where British people, Germans, Australians etc. have misinterpreted the Thai smile as a sign that they are being mocked. In Thailand, the smile isn’t just a sign of happiness. Thais smile when they are amused, bemused, apologetic, annoyed, uncertain, wrong, furious or embarrassed. In fact, there is a Thai smile to cover just about every circumstance and it is no wonder that it can lead to confusion. It is common for Thai television to show pictures of criminals in handcuffs being taken back to the scene of their crime where they are photographed and filmed. Not only do the policemen smile, but so too do the criminals! Believe me, they are not smiling at the thought of spending the next ten years of their life in a Thai prison.

Very often though, the Thai smile is a welcoming one. There is a definite attitude in Thailand that life should be enjoyed. Being too serious is unhealthy and causes stress and illness – ‘not think too much, be happy’ Thai people advise me. It’s good advice.