If it’s true that every dog has its day then it’s equally true, in Lopburi at least, that every monkey has its day. And that day is the last Sunday in November when the town of Lopburi in central Thailand hosts its annual monkey banquet and festival to say thank you to the hundreds of macaques who live in the town. The monkey banquet festival first started in the 1980s thanks to the inspiration of a local businessman. His idea was to provide a buffet of fruit and food for the monkeys as a way of expressing gratitude for the primates whose presence brought in welcome tourist revenue to the town. The event has grown in size over the years and thousands of local and overseas tourists descend on Lopburi to see the monkey banquet and the associated festivities. Like any event in Thailand, food plays a pivotal role and it isn’t all about the monkeys with an array of vendors and food-stalls set up to feed the human visitors too.

The monkeys of Lopburi live mainly in the area around the ancient Khmer temple of Phra Prang Sam Yot and the shrine of Sarn Phra Karn but can often be seen at various locations around Lopburi where they are fed by local residents. They are used to human interaction and aren’t shy about snatching food and drinks from people’s hands and bags so be warned if you do go to ‘monkey-town’ which is how some Thais describe Lopburi. Although the monkeys chew cables and telephone lines and cause other damage, they are tolerated because they are said to be the descendants of Hanuman the Monkey King. In the Thai version of Ramayana, the Indian epic, Lopburi was created by Rama with the help of his friend, Hanuman. 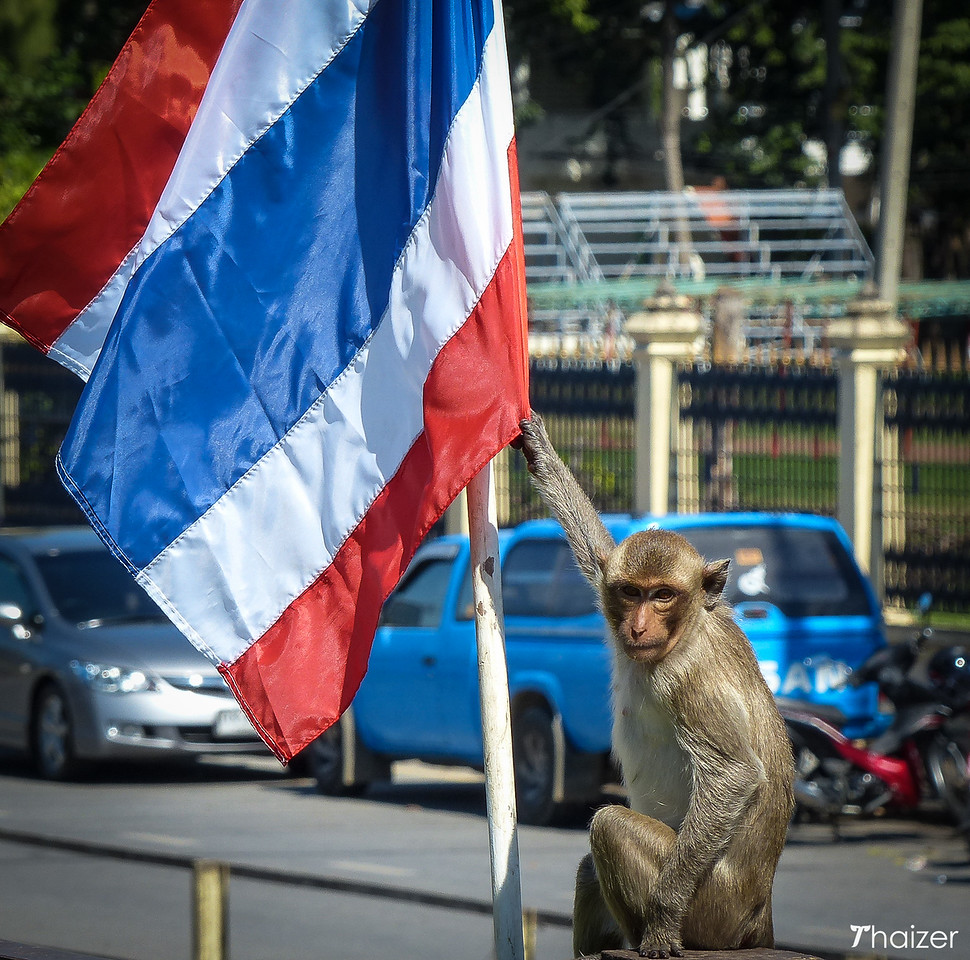 The annual Lopburi Monkey Banquet Festival takes place on the last Sunday in November. On the day of the banquet, instead of just one sitting there are usually four separate banquets which take place at 10.00, 12.00, 14.00 and 16.00. The day kicks off with the official opening ceremony before the tables and food are laid out for the monkeys.

Lopburi is 150km (94 miles) north of Bangkok and can be visited in a day-trip from the Thai capital (by train or bus) but if you intend to stay overnight you are advised to book accommodation in advance for the weekend of the festival.