Nam Keng in Your Beer

Like many people around the world, some Thai people are partial to a beer or two. But unlike most other countries that I’ve visited, in Thailand the beer will often be accompanied by ice (in Thai, ice is ‘nam keng‘). For visitors from a different culture it might seem a strange way to drink your beer, but it can be very refreshing and makes sense in the tropical heat. If you are with Thai people at a bar or restaurant, don’t be surprised if an ice bucket is delivered when the drinks are served. If you think the idea of ice in your beer is sacrilege, you’re not alone! That was my first thought too before I tried it. Thai restaurant owners and bar-staff know that overseas visitors don’t normally take ice in their beer so you might not even be asked the question, but if you are with Thai people, especially in a restaurant, you may be asked if you would like ice; ‘ao nam keng mai?’. 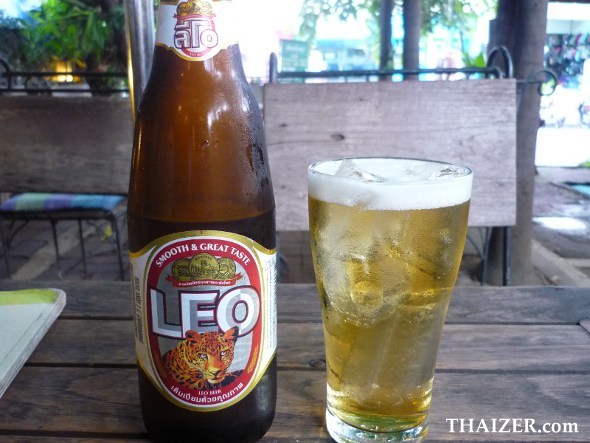 There are number of Thai beers of which Singha and Chang are probably the best-known. My personal tipple of choice when I feel like a beer with my meal is Leo, which is quite a light beer that goes well with Thai food.