Four Thai men have been arrested following a savage attack on a British family on holiday in the beach resort city of Hua Hin. The incident took place on Soi Bintabaht in central Hua Hin late in the night on April 13. Details of the event only began to emerge towards the end of last week when video footage from a security camera was published online. If found guilty, the accused men face jail sentences ranging between six months and ten years.

With various versions of the Hua Hin video going viral last week, Thai police and officials have been criticised for the way they have handled the case. There have been accusations on social media that Thai police and officials were trying to keep the video clip secret as part of an attempt to hush-up the incident which took place in a city with long-standing royal connections and one which is popular with foreign retirees and senior citizens. In response, Thai police say that the video clip was confidential evidence forming a key part of their investigation and should not have been released into the public domain. 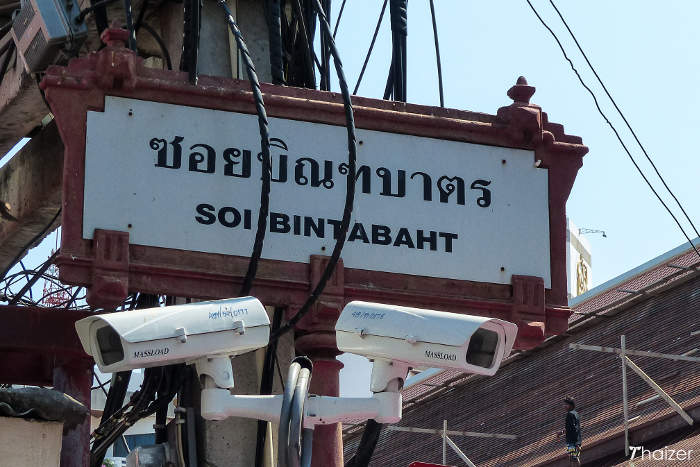 The video shows Rosemary Owen, 65, and her husband Lewis Owen, 68, walking along Soi Bintabaht with their 43-year-old son. The narrow street in the middle of Hua Hin city is lined with small bars and was thronged at night with party-goers enjoying the Songkran New Year Water Festival. The video clip shows the son of the family brushing against a Thai man walking in the opposite direction. The Thai man responds by turning round and shoving the tourist resulting in the British man stumbling and falling to the floor. The video then shows Rosemary Owen approach the Thai man. After a short period of talking, the British woman appears to slap the Thai man in the face. There is then some grappling and something of a melee before another Thai man wearing a black t-shirt re-enters the scene and punches each one of the British family in the face knocking them all to the ground. The sickening clip goes on to show the tourists being stamped on and the 68-year-old woman being savagely kicked in the head as she lays prone on the floor. Rosemary Owen suffered fluid on the brain that needed draining. Her husband suffered two black eyes and needed six stitches to his forehead. The son required multiple stitches for his injuries.

Thai police say that shortly after being apprehended one of the Thai men admitted he and his three friends were drunk. The accused also said he thought one of the tourists had hit one of his friends first. Rosemary and Lewis Owen have been regular visitors to Thailand over the years and have apparently told friends in the past how much they loved the country. The married couple gave evidence in court today ahead of their return to the United Kingdom tomorrow. Their son, who lives in Singapore, was quoted in a British tabloid newspaper saying he and his parents will never return to Thailand again. However, speaking to Thai media today Rosemary and Lewis Owen apparently expressed their love for Hua Hin and vowed to return.

Following the adverse publicity the case has created, Thai officials in Hua Hin have gone on a charm offensive. Senior figures from the city’s police and tourism departments were on the streets of central Hua Hin over the weekend to meet and greet tourists and assure them of their safety. Thai officials have expressed their shock at the attack and said that this was an isolated incident with alcohol playing a major part.

Update: June 6, 2016
Four Thai men have each been sentenced to 2 years in jail for their part in the assault.