You are here: Home / News / Celebration Events to Commemorate Founding of Bangkok

Bangkok is to host a series of events from April 20-22 to celebrate the founding of the city and the Rattanakosin Kingdom in 1782. That was the year when a rebellion in the former capital at Thonburi led to an army general being offered the Siamese throne. The general was called Chakri and he would become known in history as King Rama I, the founder of the Chakri dynasty of which the present Thai monarch, His Majesty King Bhumibol Adulyadej, is the ninth king (King Rama IX). 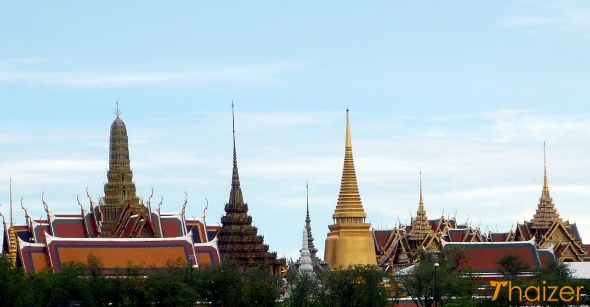 One of the first things that Rama I did was to move the Siamese capital from one side of the Chao Phraya River to the other to make it easier to defend from the threat of Burmese attackers. The move was from Thonburi to a place which was known as Bang Makok (usually translated as the village or location of olive plums) which in turn would become known as Bangkok. The royal palace of the new Siamese capital was to be located on an island called Ko Rattanakosin. The man-made island was formed by dredging swampland and utilising canals to add to the already formidable natural barrier of the Chao Phraya River. Walls were built around Ko Rattanakosin which at its heart had the royal court (the Grand Palace) and the Temple of the Emerald Buddha (Wat Phra Kaeo). But even before these two majestic buildings were constructed, the first building erected in the new Siamese capital by King Rama I was the Lak Mueang or City Pillar Shrine which was established in April 1782.

Over the next three days, the area of Old Bangkok (Rattanakosin Island) will host various exhibitions and cultural performances to commemorate the founding of the city and the Rattanakosin Kingdom. A religious ceremony will be held at the Bangkok City Pillar Shrine on April 21 at 07.00 which will involve a procession of over 400 people to the site of the Lak Mueang. Apart from the events at the City Pillar Shrine, notable exhibitions are also taking place in and around Thammasat University as well as the Bangkok National Museum.