Blue skies, warm sunshine and t-shirts. That’s what you’d expect from a trip to Thailand in January. And that’s what you would have got up until the start of this week. But on Monday, many people in Thailand woke up to an unseasonably cool morning as a sudden cold snap abruptly hit large areas of the country. The north and north-east bore the brunt of the cold weather which swept down from China and Burma. A number of provinces including Chiang Rai, Loei, and Nakhon Phanom recorded fog and single digit temperatures during the day. Nighttime temperatures were lower still and in some mountainous areas in the north of Thailand the thermometer hovered around freezing.

In the heart of Chiang Mai city a thick blanket of cloud combined with rain and a cold northerly wind resulted in daytime lows of 12°C on Monday and Tuesday afternoon. The chilly weather affected central provinces too. In Bangkok, morning temperatures on Monday dipped from the average of 26°C to around 16°C before dropping further still on Tuesday. 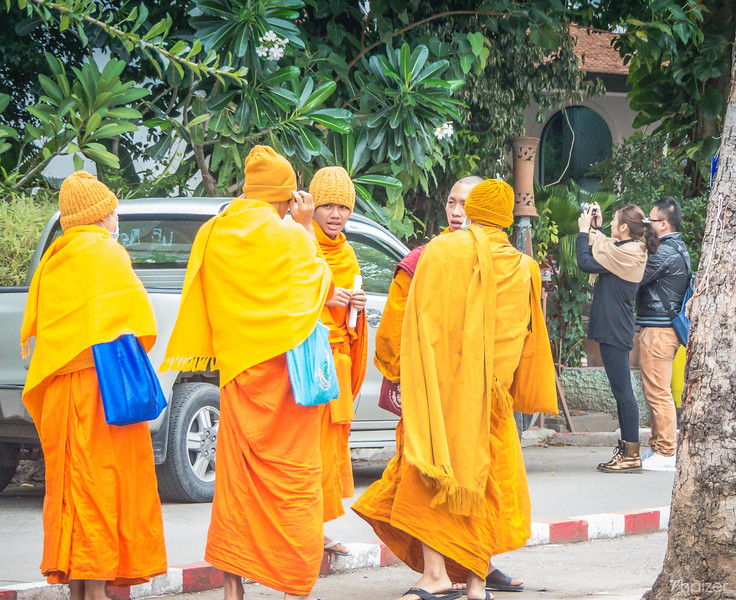 I’m currently in Chiang Mai and it was exceptionally cool during the day on Monday and Tuesday. The sudden change was also quite dramatic with temperatures on Sunday lunchtime around 30°C before the cloud and rain arrived late Sunday afternoon. Within 24 hours the temperature had halved and locals and tourists alike had ditched the short sleeves in exchange for jackets, hats, scarves and ear-muffs.

In a decade of time spent travelling around Thailand, I can’t ever recall daytime temperatures being so low. According to an infographic published by Thairath, the last time Bangkok experienced such low temperatures was in 1975 when the mercury dropped to 10.5°C. This week’s lows of 14.8°C in Bangkok are still some way off the low of 9.9°C recorded in the Thai capital in 1955. 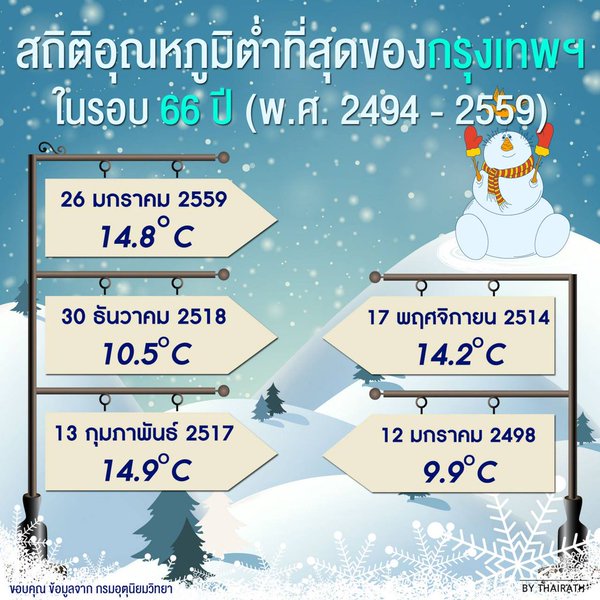 While it’s easy to laugh off images of tuk-tuk drivers in ski jackets and scarves, there is a serious side to the sudden change in the weather in Thailand. At least a dozen people in the north and north-east of the country are reported to have been killed because of the cold. Most homes in Thailand are adapted to deal with the tropical climate and not the rare occasions when cold spells hit. And in poor rural areas upcountry, such a drastic drop in temperature can be a matter of life and death for the elderly and the vulnerable.

Wild weather in the south

A separate weather front also resulted in storms and high waves along Thailand’s southern Gulf Coast at the beginning of this week. A number of islands, including Ko Samui and Ko Pha Ngan, saw boat services disrupted with strong winds and high waves. However, on the opposite coast there have been no problems with the weather. Popular tourist areas on the Andaman Coast including Phuket and Krabi have seen blue skies and high temperatures as usual.

A return to normal weather

The unusual blip in Thailand’s weather is almost over. Temperatures in Bangkok began to return to normal yesterday with the north and north-east expected to see a return to the usual monthly average before the end of the week. The Gulf Coast of Thailand is also forecast to see a return to usual weather patterns from today onwards.