A grand parade of model elephants is set to hit the streets of Chiang Mai later this year. To celebrate the 10th anniversary of the Elephant Parade, the colourful outdoor art exhibition is being hosted in Chiang Mai, the home base of the event. Elephant Parade Chiang Mai will take place from December 9th 2016 until January 15th 2017. 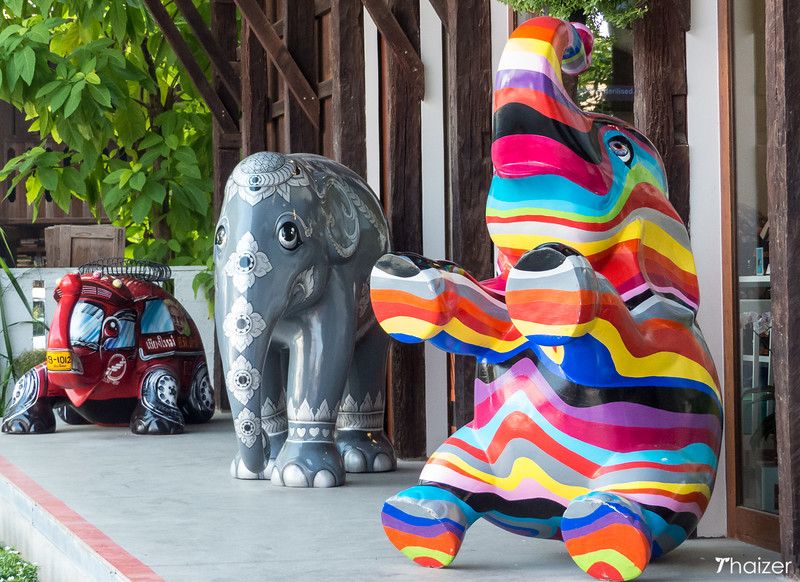 Elephant Parade around the world

Elephant Parade has hosted exhibitions in cities around the world including Amsterdam, Copenhagen, London, Milan and Singapore. In 2015, Elephant Parade was held in Bangkok. The beautifully decorated elephant statues are designed by Thai and international artists and displayed at prominent outdoor venues to create publicity and awareness for elephant conservation, particularly the Asian elephant. Once the parade has finished, most of the elephant statues are auctioned off with part of the proceeds from the auction and the sale of merchandise going to The Asian Elephant Foundation.

The Elephant Parade journey began in Thailand in 2006 following an encounter with Mosha, a baby Asian elephant who was being treated at the ‘Friends of the Asian Elephant’ Hospital in Lampang. Mosha lost her front right leg after standing on one of the landmines that still litter remoter parts of Cambodia and the Thai-Cambodia border area. With the youngster refusing to eat and shunning help, her chances of survival looked slim. But Mosha’s world changed dramatically in 2007 when she became the first elephant in the world to receive a prosthetic limb. The pioneering treatment saved Mosha’s life. And as the youngster has continued to grow, she has to be fitted with a new prosthetic every year and go through the process of learning to walk on it again. Mosha is a symbol of the Elephant Parade and a statue of her with her prosthetic leg has appeared at every Elephant Parade event that has been hosted around the world. 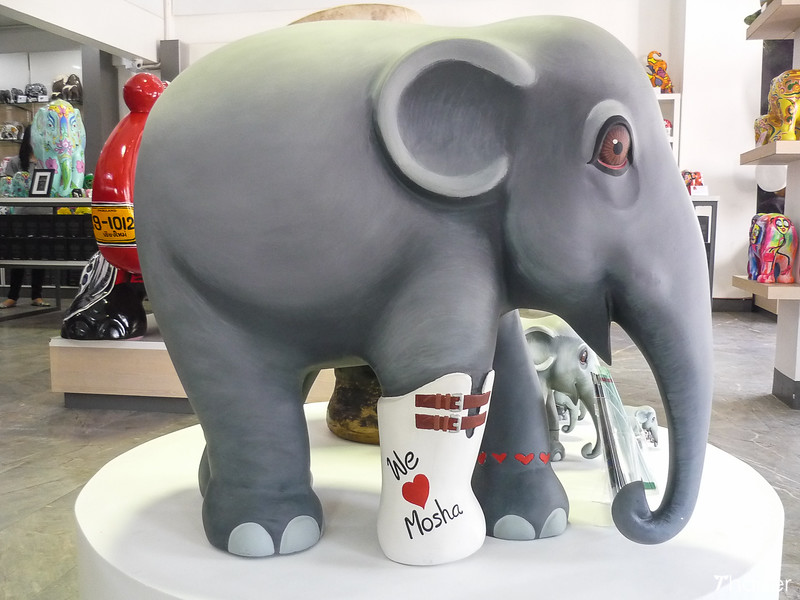