Towns and cities all over Thailand have been participating in the ‘Bike for Dad’ bicycle rally today. More than half a million people registered to take part in the special event in honour of King Bhumibol Adulyadej’s 88th birthday. Often referred to as the ‘Father of the Nation’, the king’s birthday on December 5 is a public holiday in Thailand and also celebrated as Father’s Day. The mass cycling event was arranged following the success of the inaugural ‘Bike for Mom’ event held in August in honour of Queen Sirikit. Bike for Dad cycle rallies were held in every province in Thailand today with each one starting simultaneously at 3pm.

With the Thai king born on a Monday, his birth colour is yellow. Most of the participants in today’s bike rally wore yellow in his honour or carried his royal flag alongside the Thai national flag. 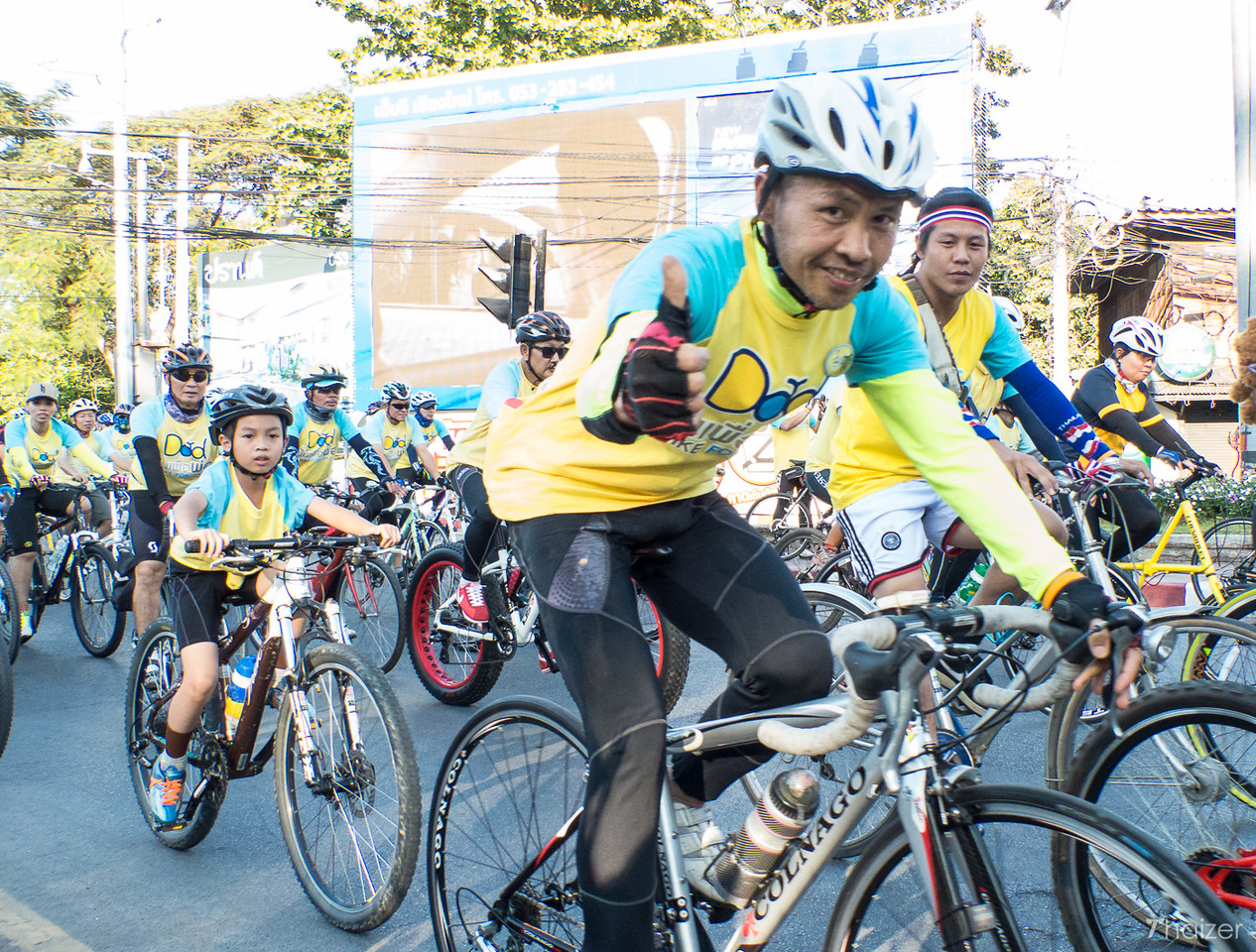 In Bangkok, a 29-kilometre route starting and finishing at the Royal Plaza took an estimated 100,000 cyclists past some of the city’s most notable landmarks including the Grand Palace, Democracy Monument and Lumphini Park. The Bangkok ride was headed by Crown Prince Maha Vajiralongkorn. Prominent riders included other members of the royal family together with Prime Minister General Prayuth Chan-ocha and members of the ruling military junta.

At each of the Bike for Dad events in various cities in Thailand, the route was designed to be 29km long. On a day of clear blue skies in Chiang Mai, thousands of cyclists of all ages streamed around the city moat and past the historic walls of the Old City as traffic temporarily came to a standstill with police closing off roads. 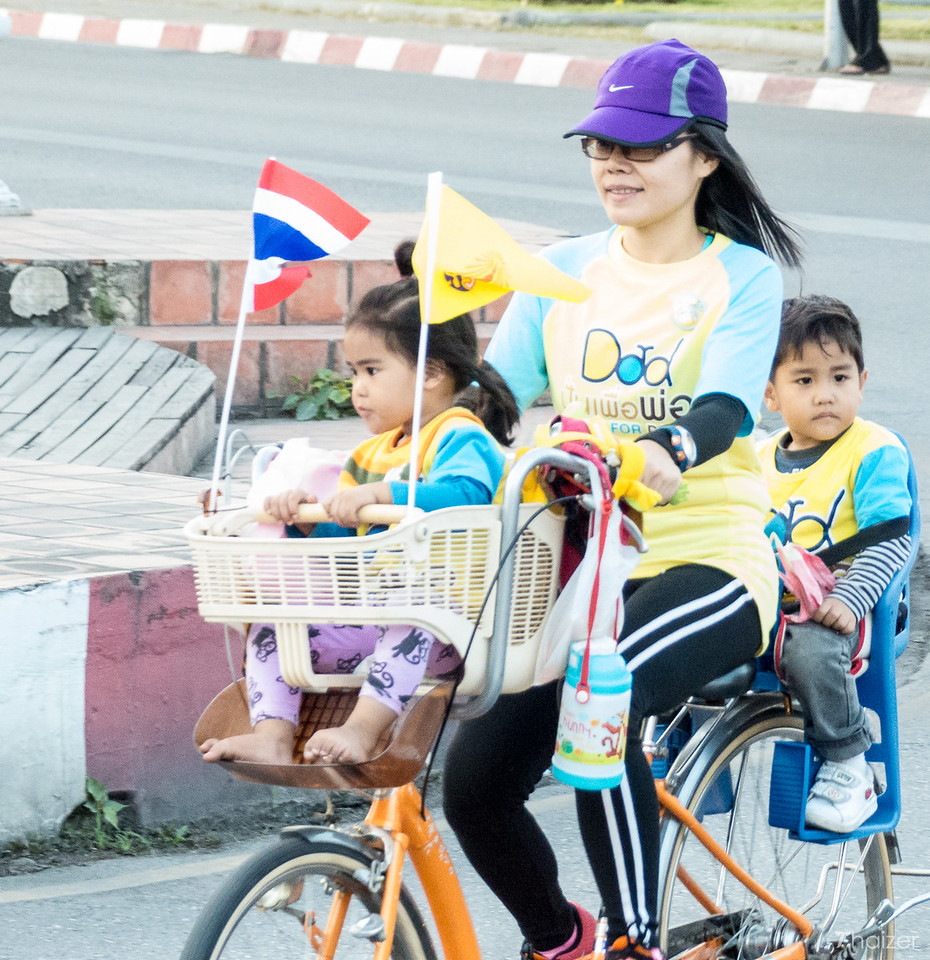 It was a family-friendly and sanuk atmosphere in Chiang Mai with some riders wearing traditional hill-tribe costumes and others opting for not-so-traditional cartoon costumes. 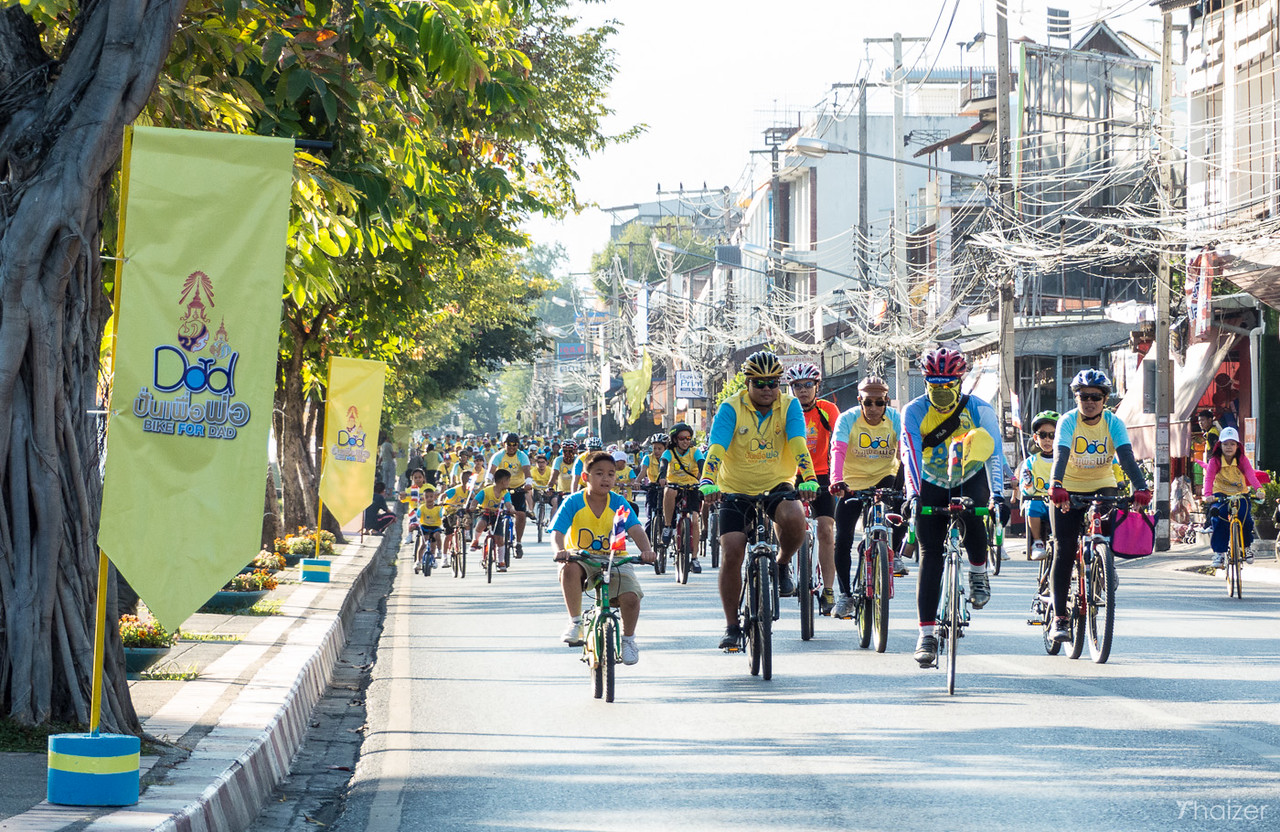 It wasn’t just Thailand where Bike for Dad events were held. An estimated 10,000 Thai people in 66 cities and 52 countries around the world also took to the road. From Los Angeles to London and Santiago to Sydney, Thai people overseas showed their support for their monarch by wearing yellow shirts and carrying Thai flags.

I took all of the photos featured here at the Bike for Dad event in Chiang Mai.