You are here: Home / News / Rama X Bank Notes Due to be Released in April

The Bank of Thailand have announced that the first bank notes featuring a portrait of Thailand’s new monarch, King Vajiralongkorn, will soon enter circulation. The notes will be introduced from April 6. The date is significant because April 6 is Chakri Day which commemorates the founding of the royal Chakri Dynasty. Although there has not yet been a formal coronation ceremony for King Vajiralongkorn, he is the tenth monarch in the dynasty and accorded the title Rama X. 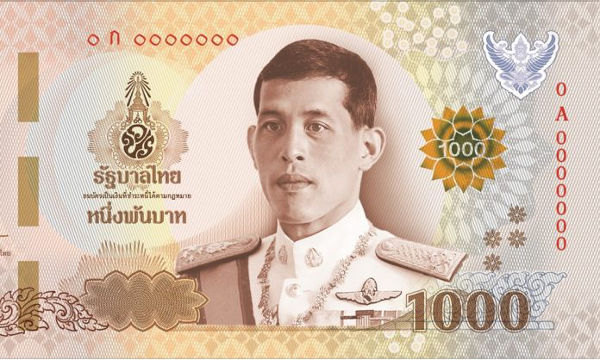 Image from Bank of Thailand via Khaosod News

The bank notes in circulation in Thailand at the moment feature the portrait of King Bhumibol Adulyadej (Rama IX) and these notes will continue to be legal tender. The first set of new notes to be released in April will be the smaller denominations: 20, 50 and 100 Baht. The new 500 and 1,000 Baht notes will enter circulation on July 28, the date of King Vajiralongkorn’s birthday.