Public access to Bangkok’s Wat Arun (Temple of Dawn) will be restricted over the next three years to allow for major renovation work to take place. A Buddhist ceremony on Tuesday afternoon preceded the start of the repair work. There has been some conflicting information published in the Thai press with some initial reports stating that Wat Arun will be completely closed. However, later reports confirm the work will be carried out in stages and the temple will still remain open with just the parts undergoing renovation at that particular time to be off-limits. Thai authorities say they will try to minimize the impact of the work for visitors who still want to see one of Bangkok’s iconic landmarks. Tharapong Srisuchat, a senior official at the Ministry of Culture, said, “We cannot put all the scaffolding up at the same time or tourists will be disappointed.” He also added, “Tourists can still come. We haven’t closed the big stupa yet.” 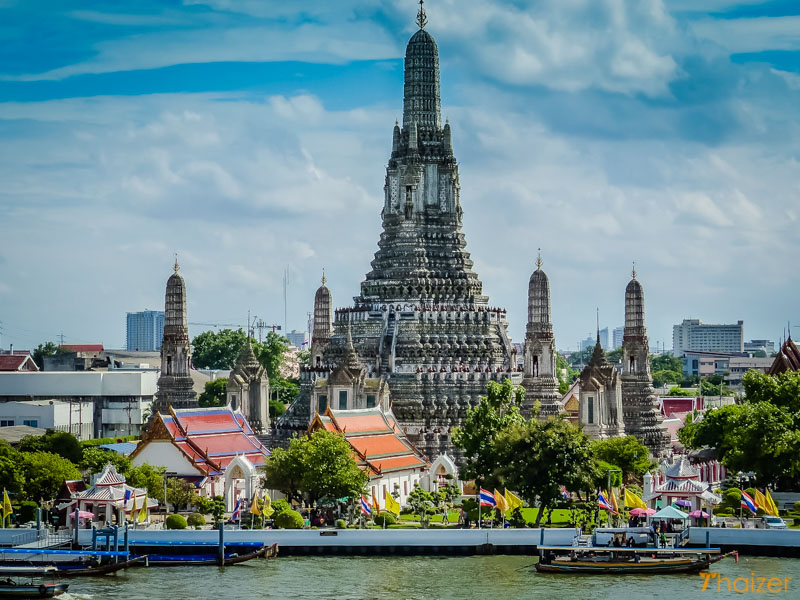 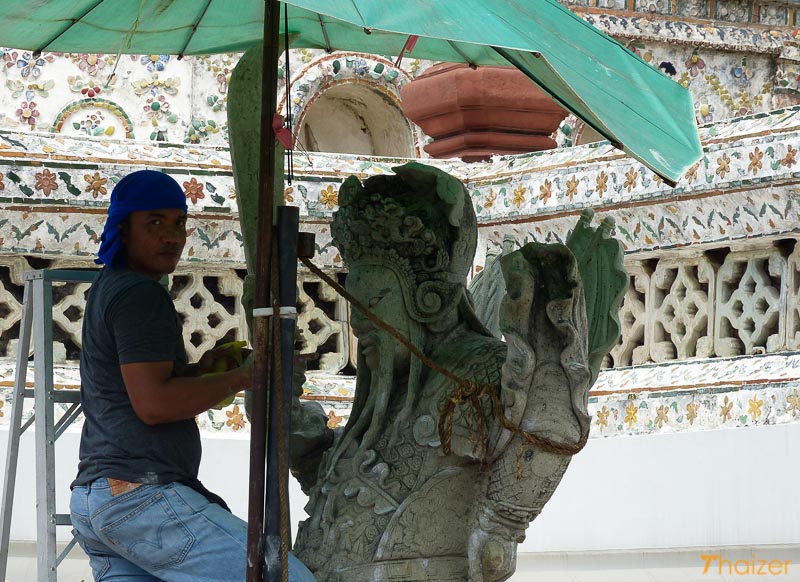 Repair work on one of the statues at Wat Arun

Work on the main central prang isn’t scheduled to commence until 2015. The Ministry of Culture say that the the maintenance cycle at Wat Arun is usually 25-30 years, but due to changes in environmental conditions and increased pollution, more frequent intervals of renovation will be required in the future. The work will be undertaken by Thailand’s Department of Fine Arts and will include repairing cracks, replacing damaged tiles and removing mould. An underground exploration of the foundations of the buildings will also be carried out.