Authorities in Phuket have eased the restrictions that have been in place on sun-loungers and beach umbrellas. The new rules came into effect on February 27, 2017. I was in Phuket last week and can confirm that sun-loungers and umbrellas are allowed on Patong Beach as well as the other Phuket beaches I visited: Karon, Kata and Kata Noi. There is still zoning in place with some stretches of sand a ‘sun-bed free zone’, but I was pleasantly surprised by how tidy the beaches looked. The tourists I spoke to were happy with the compromise that has been reached following a 3-year period where sun-loungers have been banned on some Phuket beaches.

Karon Beach, Phuket (above and below)

A clean-up of Phuket beaches was ordered by the ruling military junta in July 2014. Despite protestations at the time from the vendors and tourists, sun-beds and parasols belonging to beachside vendors were removed from some Phuket beaches including the busiest stretch of sand, Patong Beach. Since then, many elderly tourists visiting Phuket have complained about the lack of shade and the absence of sun-beds at Patong Beach. This led to a relaxation in some of the rules with vendors permitted to rent out beach mats and umbrellas to tourists in specific zones of the beach. But sun-loungers remained banned until the recent announcement.

Patong Beach, Phuket (above and below) 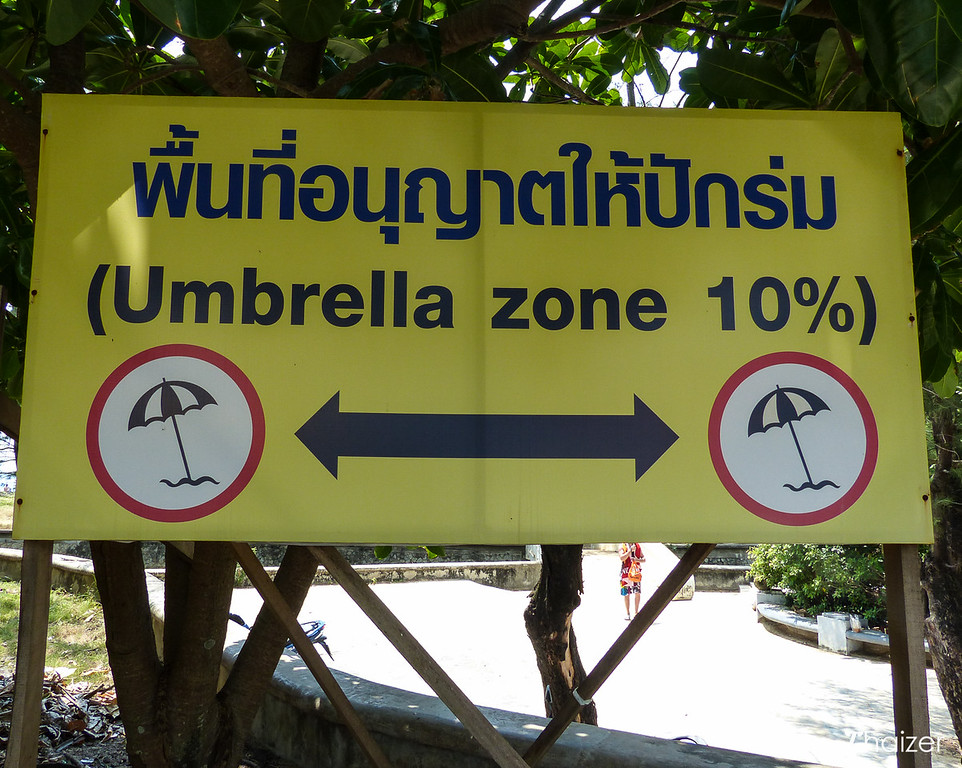 The new regulations mean that sun-loungers and umbrellas are allowed on Phuket’s beaches, but they are only allowed in specific zones. At the moment, Patong Beach has five different ‘10% zones’ where sun loungers and umbrellas can be hired out. The local authorities also say that rental prices are limited to a maximum of 200 Baht per sun-lounger/chair. When I asked at different beaches last week these are the prices I was quoted for renting a chair/sun-bed. The price is the same price whether you want the chair for an hour or all day:
100 Baht: Patong Beach
200 Baht: Karon Beach, Kata Beach, Kata Noi Beach 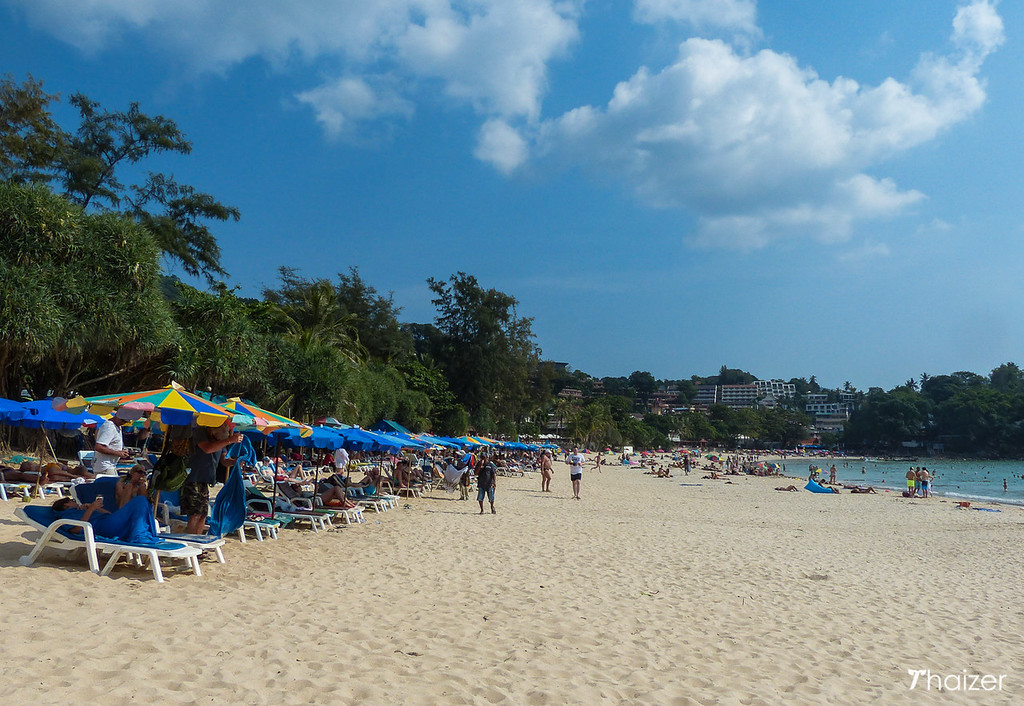 Kata Beach, Phuket (above and below) 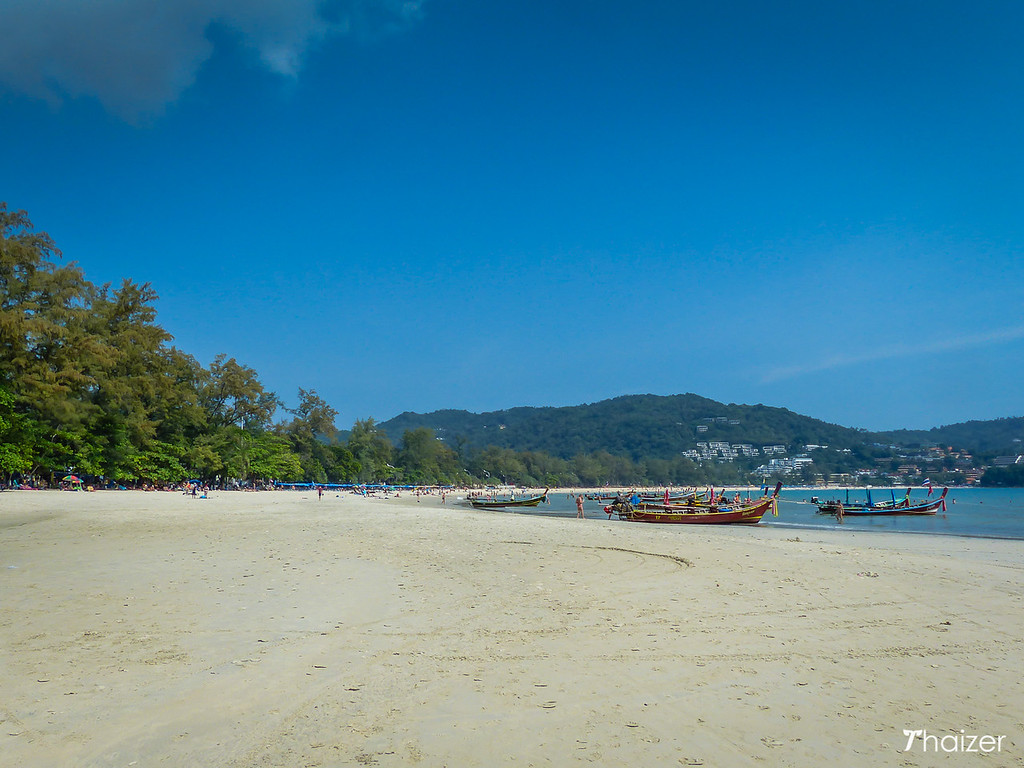 I didn’t have time to visit all Phuket beaches, but it does seem the same rules are being applied to all areas. As always in Thailand, things can change, but the sun-loungers and umbrellas do look set to stay in Phuket.