The 314 metre high MahaNakhon building was officially opened in Bangkok last night with an impressive light and sound show. The skyscraper is the tallest building in Thailand taking over the title from the Baiyoke Tower (304 metres high). The quirky pixellated ‘jigsaw’ design of MahaNakhon makes it instantly recognisable amidst the myriad of high-rise buildings on the Bangkok skyline. 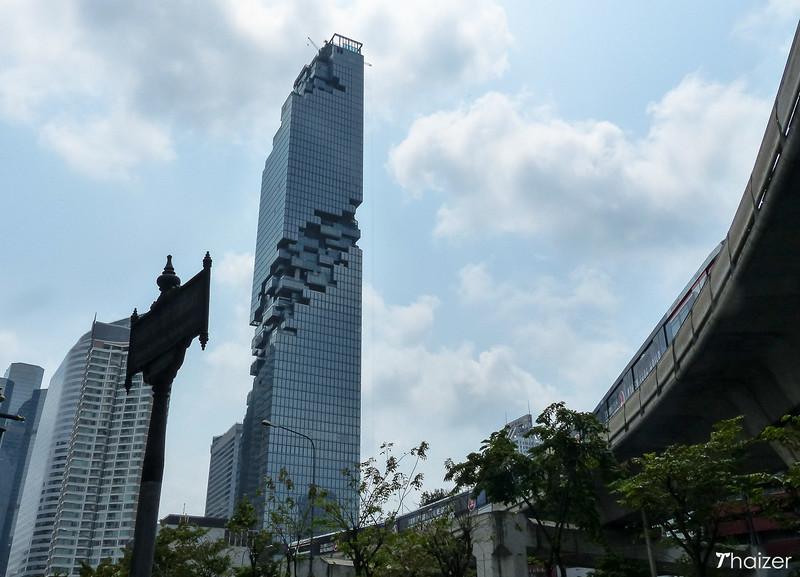 The name MahaNakhon comes from Krungthep Maha Nakhon, the formal name of Bangkok

Located on Naradhiwas Rajanagarindra Road (close to Chong Nonsi BTS Skytrain station) in the Silom/Sathorn area of Bangkok, the MahaNakhon building is a mix of luxury residential properties and business units. A seven-storey shopping centre, MahaNakhon CUBE, has already opened on the lower floors with residential and hotel services scheduled to open in 2017. The MahaNakhon building will also host a panoramic viewpoint on the 77th floor which will feature a glass floor.

Although MahaNakhon is now the tallest building in Thailand, plans were announced in 2014 for the construction of the enormous 615 metre high ‘Super Tower’ skyscraper as part of the Grand Rama 9 complex. If the project goes ahead as planned, the ‘Super Tower’ could be completed by the end of 2019 and would become the highest building in South-East Asia. 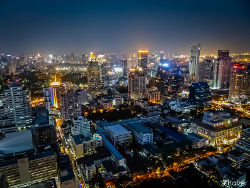 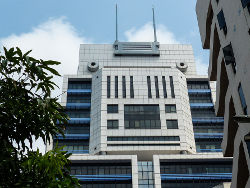 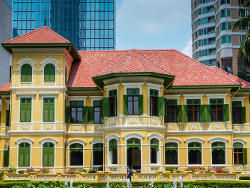