Thailand has entered into an official mourning period following the death of the Supreme Patriarch of Thailand, Somdet Phra Nyanasamvara. The head of the order of Buddhist monks in Thailand passed away yesterday evening at Chulalongkorn Hospital in Bangkok, aged 100. He had been battling illness for more than a decade after being admitted to Chulalongkorn Hospital in 2002. His death was a result of a blood infection following recent surgery for intestinal problems. Religious services have been held at various locations and temples throughout Thailand today and more will take place in the coming days. Flags at state buildings in Thailand will fly at half-mast until Sunday and government officials will wear black or black armbands for the next 15 days*.

*Update: October 25
The Thai government have announced this afternoon that the official mourning period will be extended from 15 days to 30 days. Police have also asked entertainment venues to respect the mourning period which means that some live shows and concerts could be cancelled. See further below for possible restrictions on bars and clubs.

There have been lots of online reports in the last few days about the possibility of the 2013 Loy Krathong Festival being postponed or cancelled. Please read this article: Will Loy Krathong be cancelled this year? for full details and answers to questions. 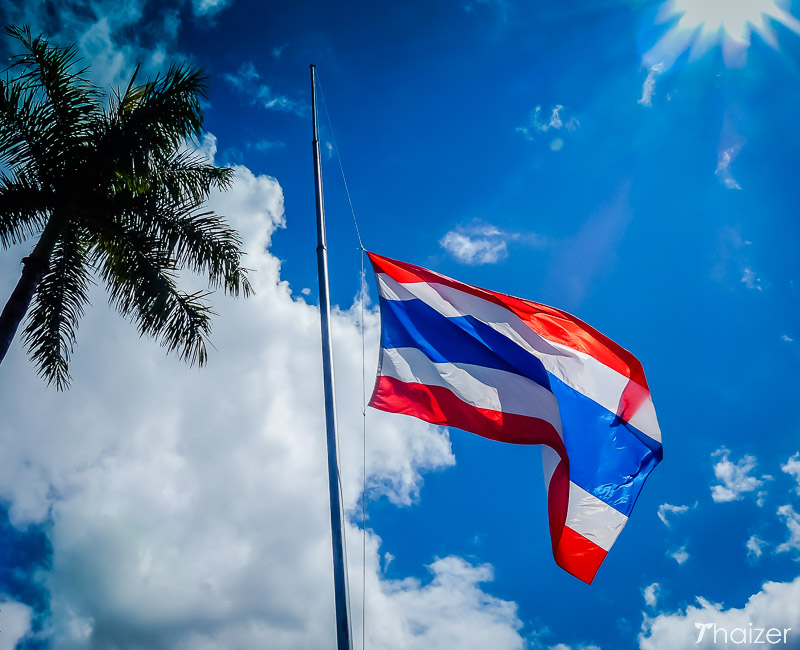 Born in 1913 in Kanchanaburi province in western Thailand, Charoen Gajvatra, as he was known then, became a novice monk aged 14. He moved to Wat Bovoranives in Bangkok in 1929 to continue his studies of Buddhism and the languages of Pali and Sanskrit. In 1956 he acted as His Majesty the King’s mentor when the Thai monarch temporarily ordained as a monk. Progressing through the ranks of the Sangha, the monk from Kanchanaburi was appointed Supreme Patriarch of Thailand in 1989. A skilled linguist who not only spoke Thai, Pali and Sanskrit, he was also proficient in English, German, French and Chinese. 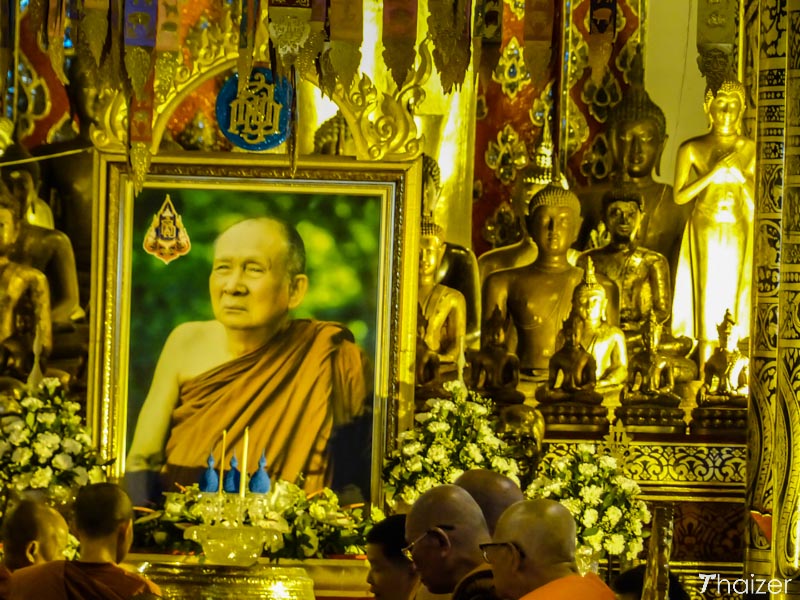 I was invited to a religious service in honour of His Holiness the Supreme Patriarch at Wat Chedi Luang in Chiang Mai today and was kindly given permission to take these photos inside the temple. 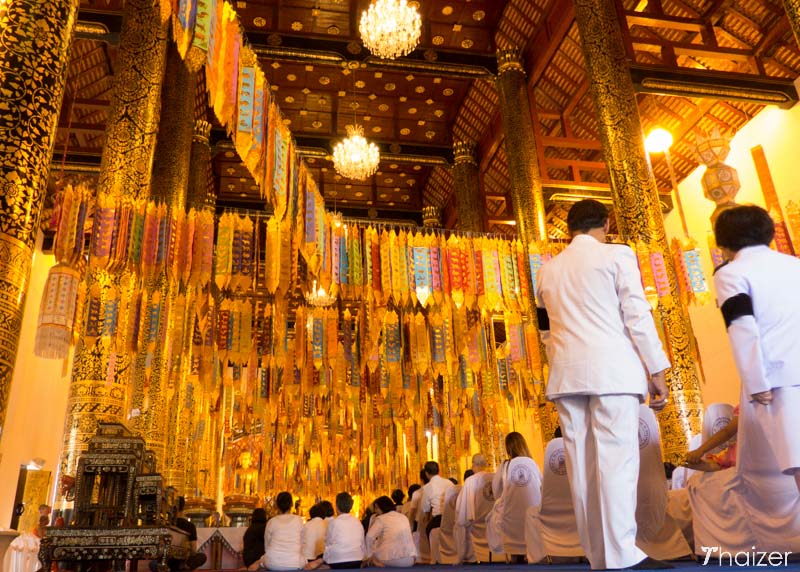 Widely respected by Buddhists worldwide and not just inside Thailand, the Supreme Patriarch was friends with the Dalai Lama and Buddhist groups around the world will mark his passing. Long lines formed this morning outside Chulaongkorn Hospital in Bangkok as Thai Buddhists came to pay their respects. The body of Somdet Phra Nyanasamvara will be taken to his former temple, Wat Bovoranives in Bangkok, where memorial rites will be held in accordance with royal Thai tradition. 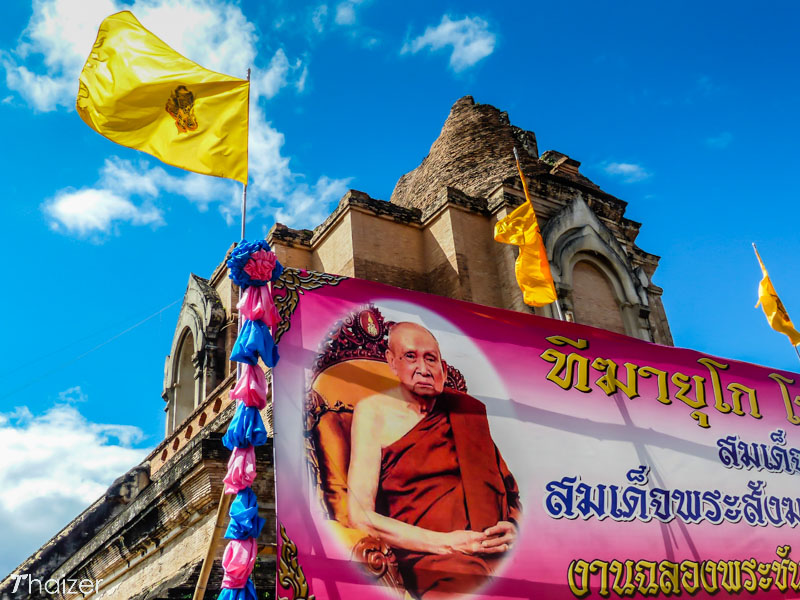 What does this mean for tourists?

If you are in Thailand in the coming days it’s important to note that whilst everyday life goes on as normal for most Thais, the country is officially in a period of mourning. This could mean the temporary closure of bars and clubs at some locations and possible restrictions on alcohol sales and the playing of loud music at those entertainment venues that do remain open. Tourist attractions will remain open, but visitors may notice Thai national flags at venues such as the Grand Palace flying at half-mast whilst Thai officials and civil servants will be wearing black armbands.
Will the mourning period have an impact on the Loy Krathong Festival?