Although Wat Lokaya Sutha (also written as Wat Lokayasutharam) is not one of the most famous historic sites in Ayutthaya, it remains an impressive location to visit. And that is thanks to the temple’s most striking feature, the giant reclining Buddha image. At 42 metres long and 8 metres high, the statue towers over the devotees who come here to make offerings. 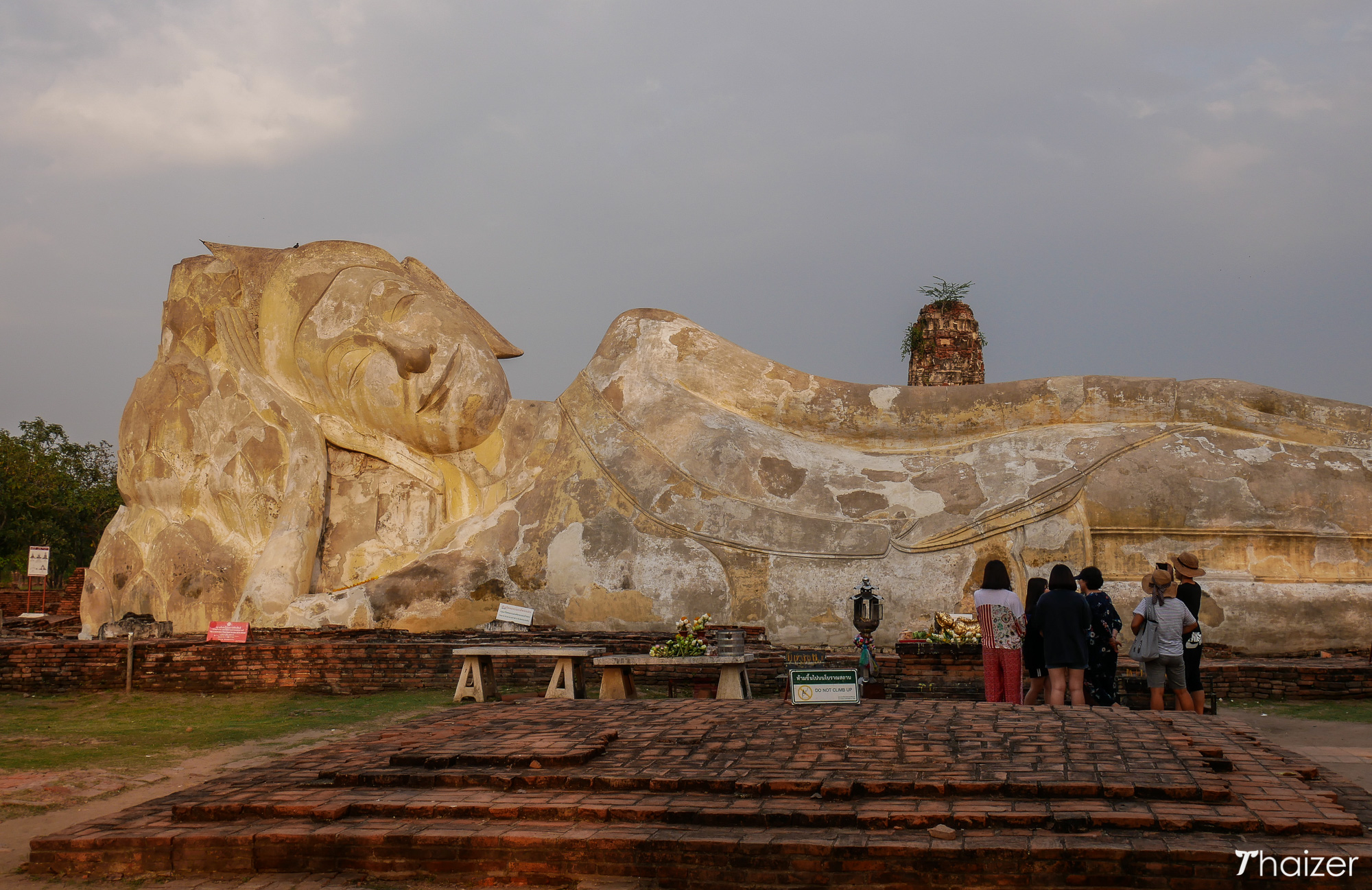 Known in Thai as ‘Phra Buddhasaiyart’, the image depicts the Buddha at the time of his death as he enters Nirvana. The head is resting on a lotus and at the opposite end of the body, the legs and feet overlap squarely. This is the same pose that is used for the slightly bigger Reclining Buddha at Wat Pho in Bangkok. Unlike the statue at Wat Pho, the Buddha image at Wat Lokaya Sutha is now uncovered and exposed to the elements. Major restoration work was completed on the brick and plaster statue in the 1950s. The Department of Fine Arts have also carried out some cosmetic repairs in more recent years, notably in 2011 when the floods of that year caused damage to some of the ancient sites at Ayutthaya Historical Park.

Thai Buddhists visit Wat Lokaya Sutha and Phra Buddhasaiyart to make merit with flowers and incense presented as offerings. On a small altar in front of the statue is a diminutive Buddha image in the same reclining pose. This is covered with tiny squares of gold-leaf which have been placed by devotees making merit. 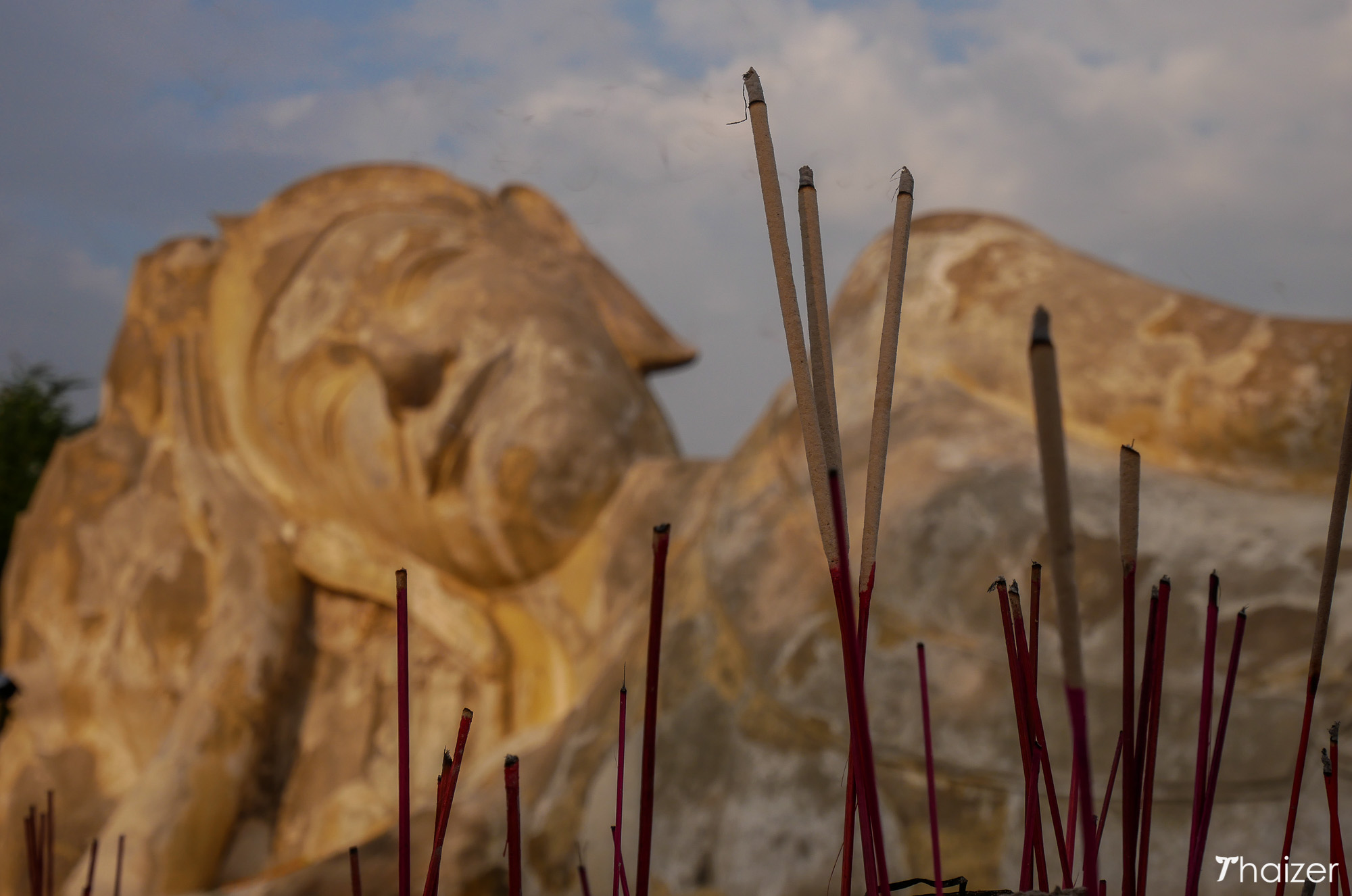 Although the exact date of construction of Wat Lokaya Sutha isn’t clear, many historians believe it dates back to the early Ayutthaya period in the 14th century. It’s thought that the temple was destroyed when Ayutthaya was invaded by Burmese forces in 1767. The original layout of the temple is now difficult to make out when you visit here. The reclining Buddha image was probably housed in a viharn (assembly hall) with a courtyard behind featuring chedis and a central prang. The red brick prang can still be seen today forming a backdrop to Phra Buddhasaiyart.

Coronation of Thai King Scheduled for May 2019
Next Post: Phra Nang Cave, Krabi