It’s an unusual name for a restaurant, but don’t let that put you off going there. Cabbages and Condoms is the brainchild of Mechai Viravaidya, a leading light in the campaign for family planning, safe-sex and HIV prevention. Apparently, the name for the restaurant came about because Mechai once said that condoms should be as common and as easy to buy as cabbages. Such is Mechai’s prominence over the years, that the word ‘mechai’ has entered the Thai language as an alternative name for condom. 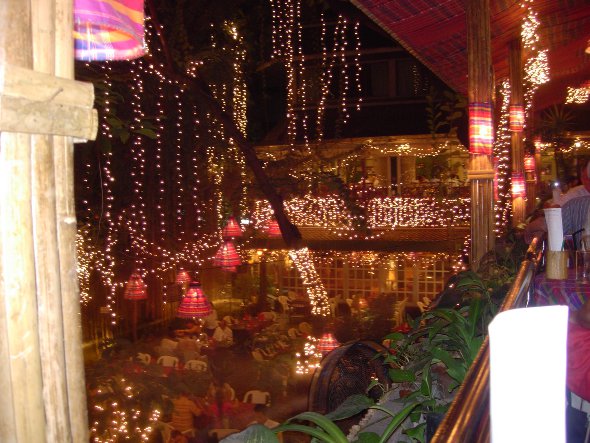 Located in Soi 12, Sukhumvit, Bangkok, Cabbages and Condoms is an atmospheric place to enjoy a meal and is favoured by Thais and foreigners alike. Covering two floors, the restaurant still manages a degree of intimacy with a pretty display of lights and the subtle accompaniment of traditional Thai music. Prices are reasonable and the food is good with an option to sit outside or undercover. I’ve heard some expats describe it as a tourist-trap, but I don’t agree. It’s true that tourists go there, but so do many Thai people. It’s obviously more expensive than eating at roadside stall or a supermarket food-court, but it’s also far cheaper and more informal than eating at many of Bangkok’s upmarket establishments. The mood is relaxed and the added benefit is that the proceeds go towards a good cause. Even if you don’t go for a meal, the shop near the entrance is worth a visit for some very unusual gift ideas with condoms a recurring theme. 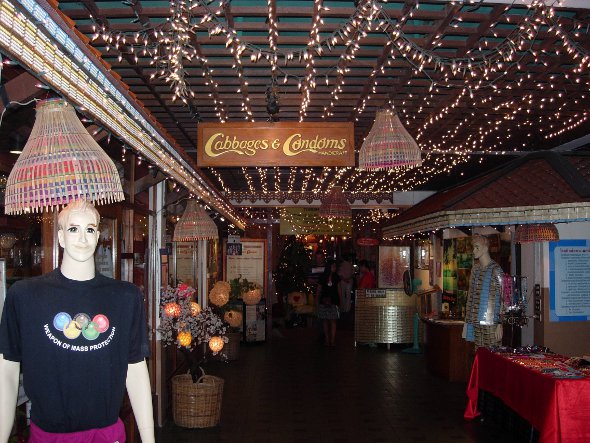 Open daily from 11.00 – 22.00. Nearest Skytrain station Asok. Cabbages and Condoms is approximately 150 metres along Sukhumvit soi 12 on the right-hand side.

Summary: 8 out of 10. Highly recommended. A ‘sanuk’ experience and the only restaurant I’ve been to where condoms replace mints at the end of the meal!