Sanam Luang is the expanse of open land situated in front of the Grand Palace and Wat Phra Kaeo in Bangkok. The name Sanam Luang translates as ‘Royal Field’ and the thirty acre plot of land has been used for royal ceremonies and cremations throughout the centuries. In 2008, the royal cremation for the king’s sister, Princess Galyani, featured a ceremony held at Sanam Luang. The field also hosts the annual Royal Ploughing Ceremony which takes place in May. 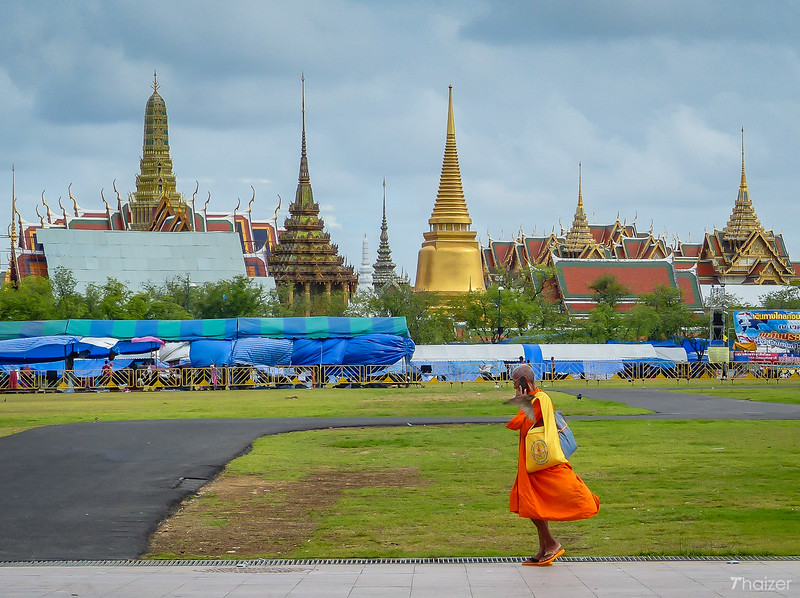 Sanam Luang has always been a colourful place to visit and was previously home to an eclectic mix of astrologers, amulet sellers and food vendors who set up stall in the shade of the tamarind trees to take advantage of the auspicious location. Kite flying has also been a tradition at Sanam Luang from February to April. The area underwent major renovation and landscaping work in 2010 which had a positive impact for some of Bangkok’s homeless population who previously slept at Sanam Luang in the evenings. New shelters were built in other areas of Bangkok for the homeless. The work also saw the introduction of CCTV and security patrols intended to make Sanam Luang a pleasant and safe place to visit in the evening as well as the daytime.