Sitting serenely atop a pedestal in Bangkok’s Wat Traimit Witthayaram is what is said to be the world’s largest solid-gold Buddha image. The dimensions of the ‘Phra Sukhothai Traimit’ statue are impressive enough – more than 3 metres tall and weighing in at over 5 tons – but it is the story behind the image which makes it more remarkable. 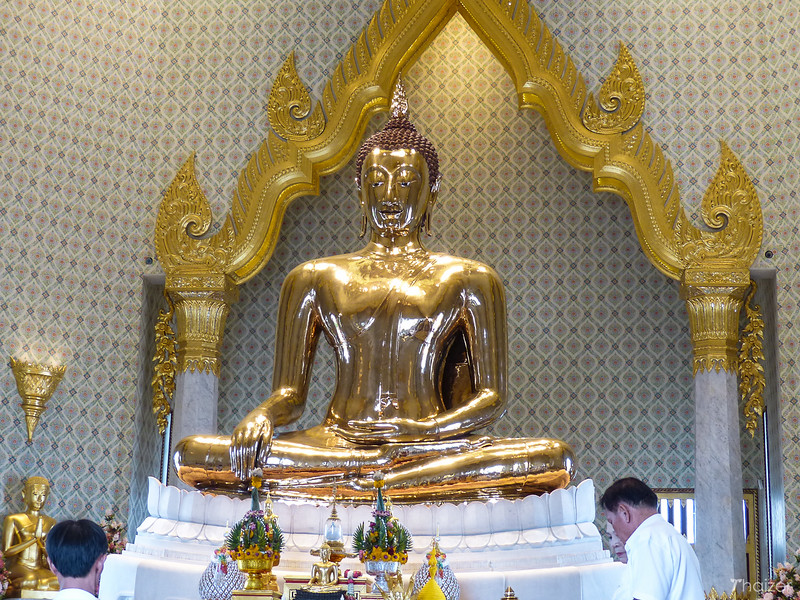 History of the Golden Buddha

The Golden Buddha statue is believed to date back more than 700 years to the Sukhothai kingdom. In common with many other valuable Buddha images from that period, the sculpture was covered in plaster to disguise its true value from invading armies. When it arrived in Bangkok during the reign of Rama III (1824-1851) the statue was still covered with this stucco decoration. With nobody realising the true value of the statue, the image was housed in relative anonymity at Wat Phrayakrai. When that temple eventually fell into disrepair and was abandoned, the Buddha image was moved to Wat Traimit. The statue was offered to various temples in Bangkok, but its size and plain appearance meant others were reluctant to take it.

With nobody else wanting the statue, the abbot at Wat Traimit decided to construct a building at the temple to house the image. It wasn’t until 1955 when the Buddha statue was ready to be moved that the forgotten secret was finally revealed. During transport to the new building the plaster on the statue was damaged. On closer inspection, the abbot of Wat Traimit could see something shining below the stucco and stripped it away to reveal the full beauty of the Golden Buddha. 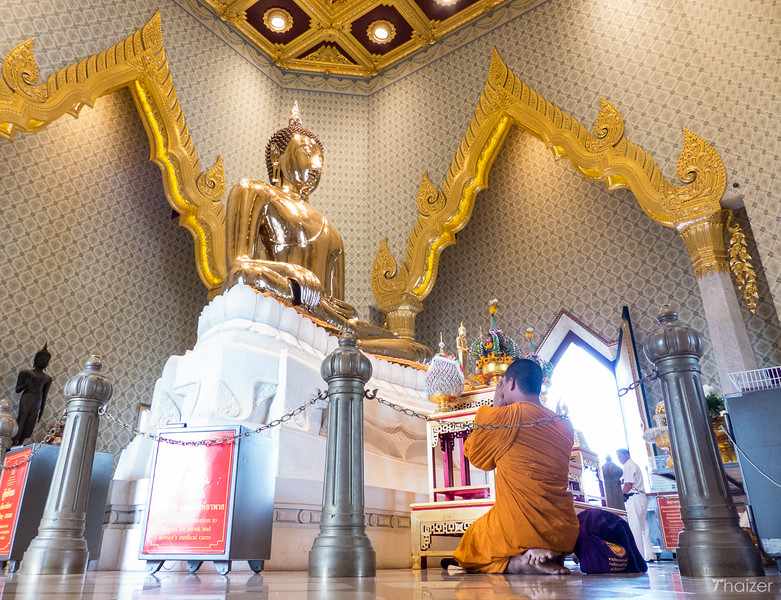 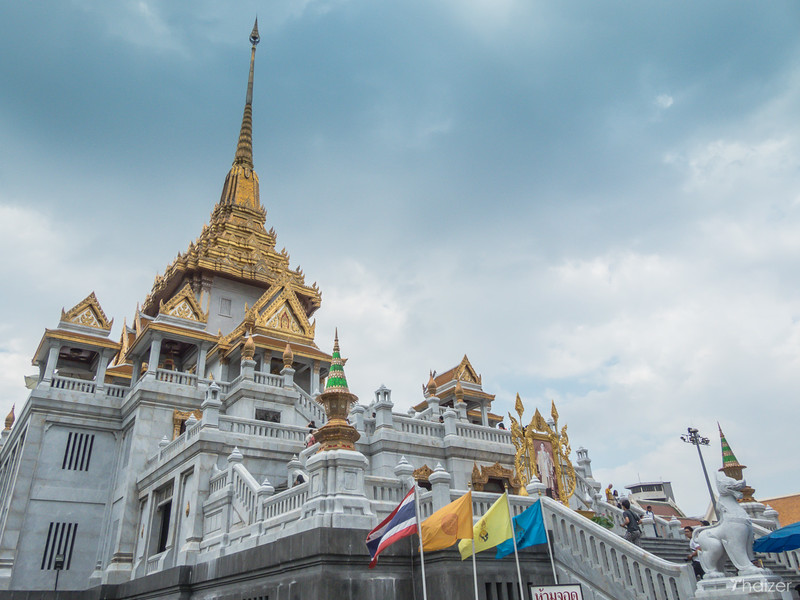 In 2010, the Buddha statue was moved again to its present location in the purpose-built ‘Phra Maha Mondop‘ at Wat Traimit. The building includes a heritage centre and information display on the lower level with the Golden Buddha taking pride of place on the top level. Entrance ticket is 40 Baht to see the Golden Buddha. Ticket for the exhibition and heritage centre is an additional 100 Baht. Wat Traimit is open daily from 9am-5pm.

How to get to Wat Traimit

The easiest way to get to Wat Traimit by public transport is to take the MRT metro to Hualamphong. Use Exit 1 and it’s a 5-minute walk along the road named Thanon Mitthaphap Thai-China. You’ll be able to see the prominent red decorative gateway (Royal Jubilee Gate) ahead of you which forms the symbolic entrance to Chinatown.