A Colour for Every Day

In Thailand, each day of the week is associated with a particular colour. In the past, many people would wear the colour associated with that day. Although it doesn’t happen so much now, there are still signs of the old tradition to be found. King Rama IX, who reigned from 1946 until his death in 2016, was born on a Monday and his royal flag (pictured below) is yellow. The late king’s son, King Rama X, was also born on a Sunday and his royal emblem uses a yellow flag too. HM Queen Sirikit was born on a Friday and her royal flag is blue. 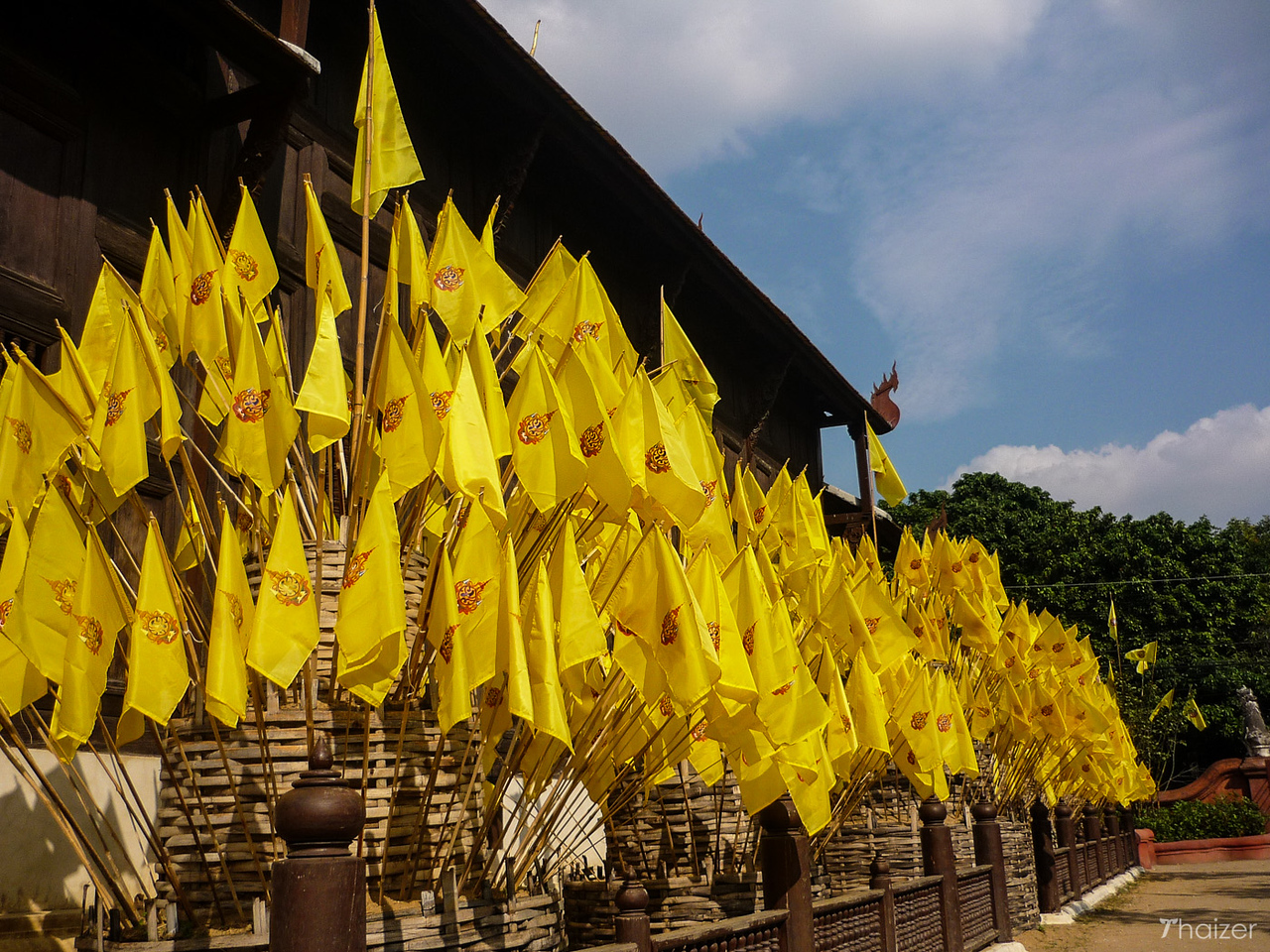 Thailand’s traditions have also reached the world stage thanks to the influence of a Thai lady who was born in Kanchanaburi in 1944. The name of the lady is Kultida and although many may not be familiar with her name or her nickname of ‘Tida’, they will know the nickname of her son. And that’s because Kultida is the mother of one of the greatest golfers of all time; Eldrick Tont ‘Tiger’ Woods. Famously, Tiger always wears a red shirt on the final round of a tournament which are played on a Sunday. As his Thai mother knows, red is a lucky colour for Sunday. It was Kultida who told her son that red was his power colour for Sunday. And even if you are one of the most famous sportsmen of all time, you should always listen to your mum.