The 1,600 Pandas World Tour that touched down in Thailand earlier this month has proved to be a big success with the panda ‘flash mobs’ attracting large crowds wherever they have been on display. The number of pandas in the exhibition, 1,600, represent the estimated number of giant pandas left in the wild. 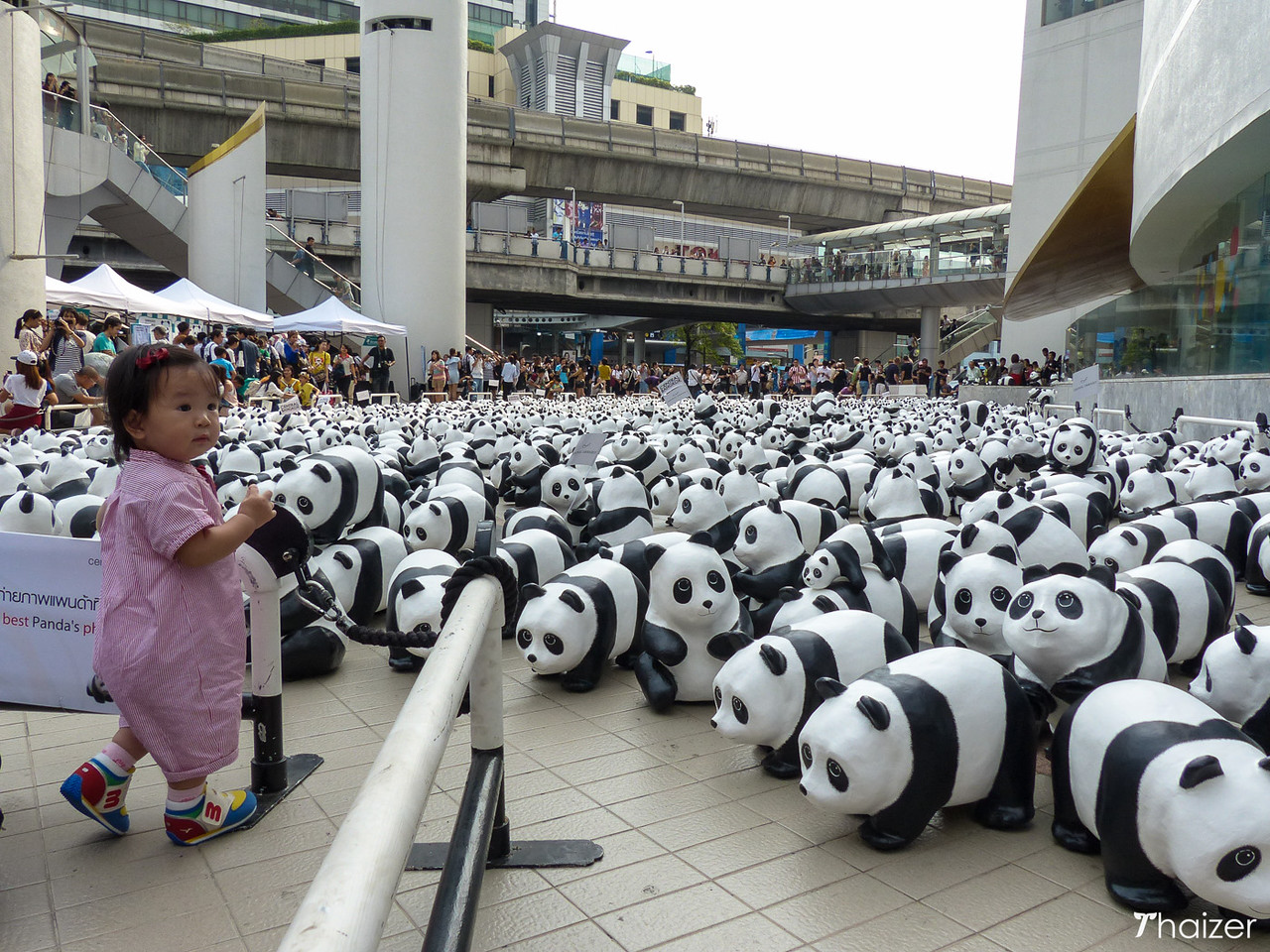 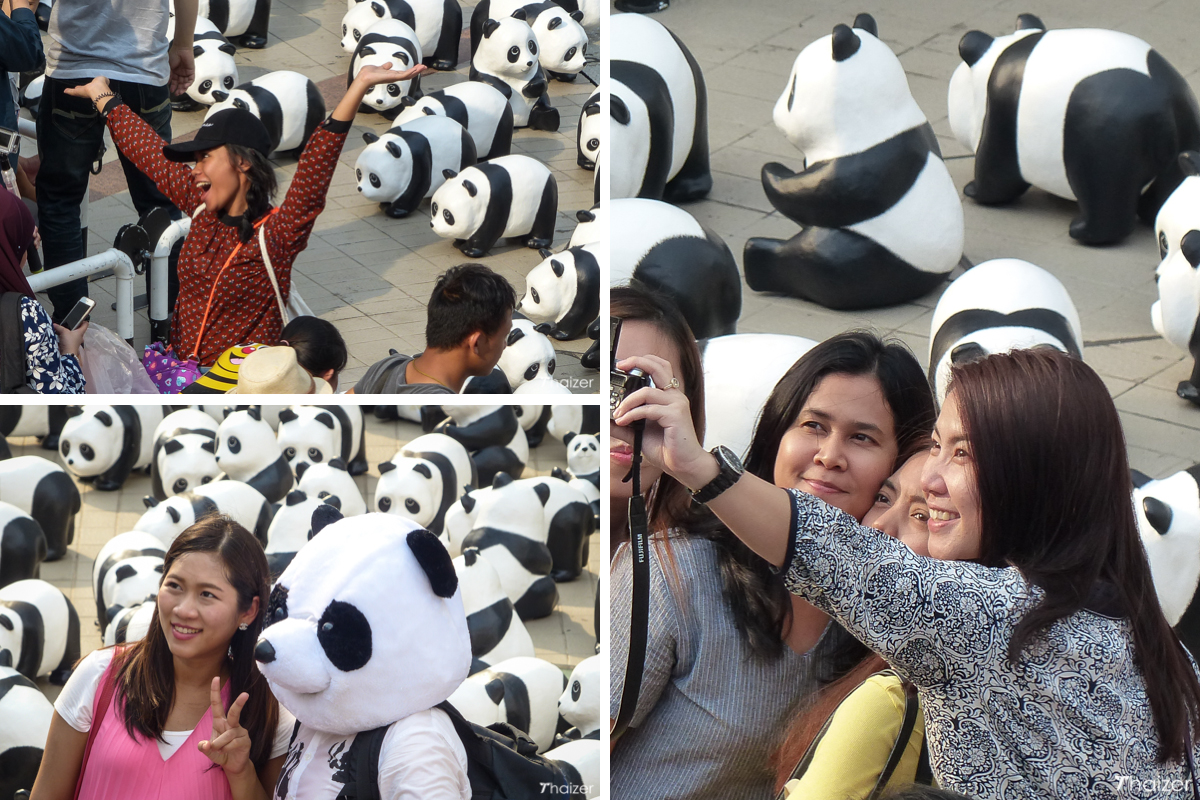 The diminutive papier-mÃ¢chÃ© pandas range in height from 11 to 29 centimetres. Visitors to the displays in Thailand are being encouraged to share their photos and selfies on social media using hashtags to raise awareness for panda conservation.

Since 2008, the 1,600 Pandas World Tour has made stops in 20 countries. The pandas arrived in Bangkok at the beginning of March and have popped up in various locations around the Thai capital. The exhibition has also made stops in Ayutthaya and one in Chiang Mai.

pandas on display in front of Thapae Gate, Chiang Mai

The location of Thapae Gate in Chiang Mai was decided by popular vote on the 1,600 Pandas Facebook page. After their flying visit to Chiang Mai, the pandas have now headed back south to Bangkok where they will be on display until mid-April.