There was a carnival atmosphere in parts of the Thai capital on Sunday as thousands of people rode their bicycles through the streets for the Bangkok Car Free Day. Many wore either red, white or blue and rode in formation to form a mobile representation of the Thai flag. It was an impressive site as the mass of cyclists wheeled their way down towards the central Siam shopping area of Bangkok. Although some lanes were supposedly reserved for cyclists, this is Thailand so the rules weren’t always strictly adhered to! 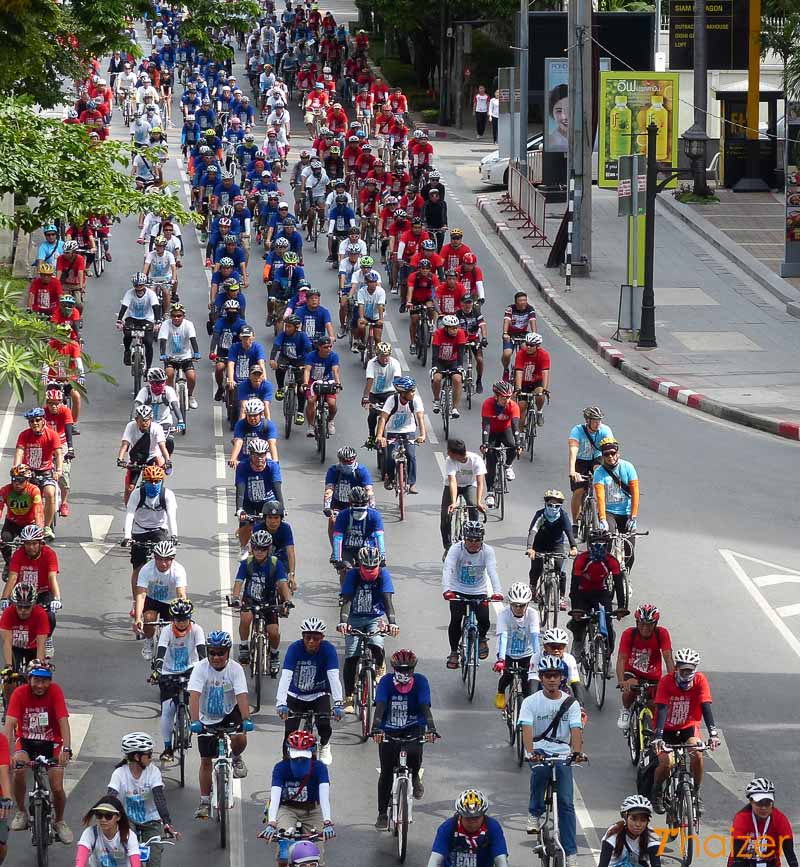 This tuk-tuk decided to jump lanes but was caught out when a wave of bicycles swept around the corner and engulfed his vehicle. 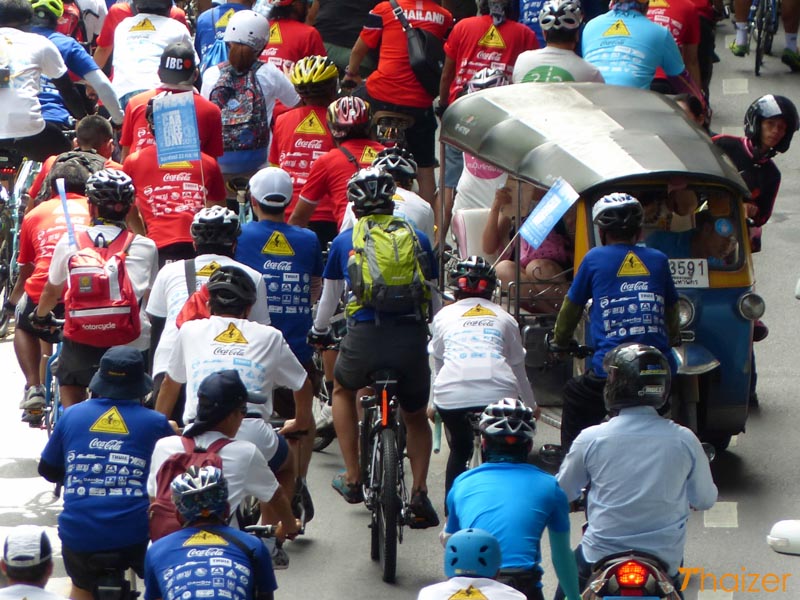 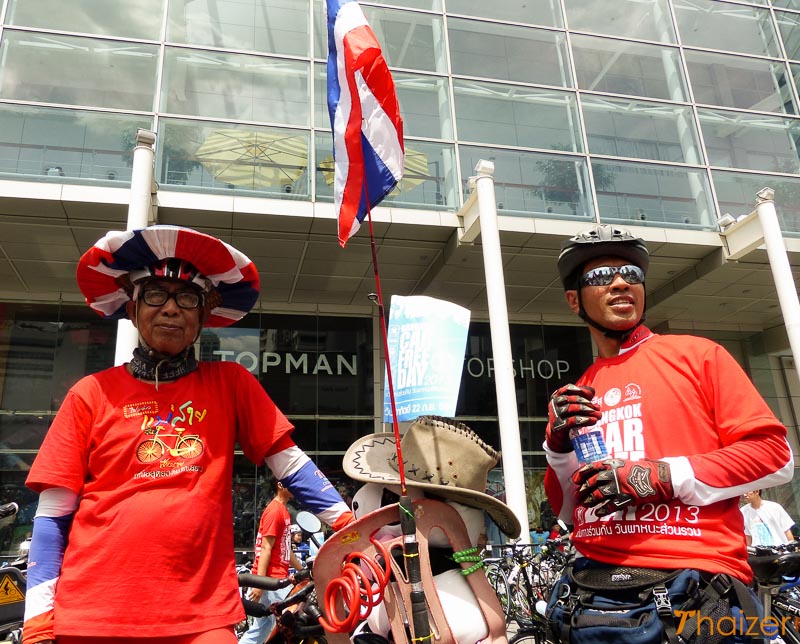 The morning bicycle rally ended at Central World shopping plaza in the downtown Siam area of Bangkok. It was a colourful and lively scene as riders swapped stories, ate their communal lunches and took the opportunity to cool off. 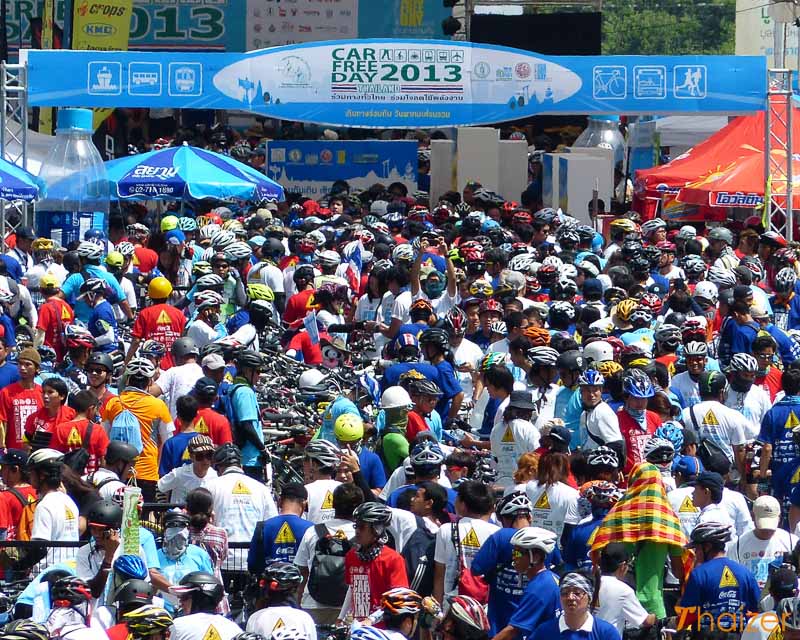 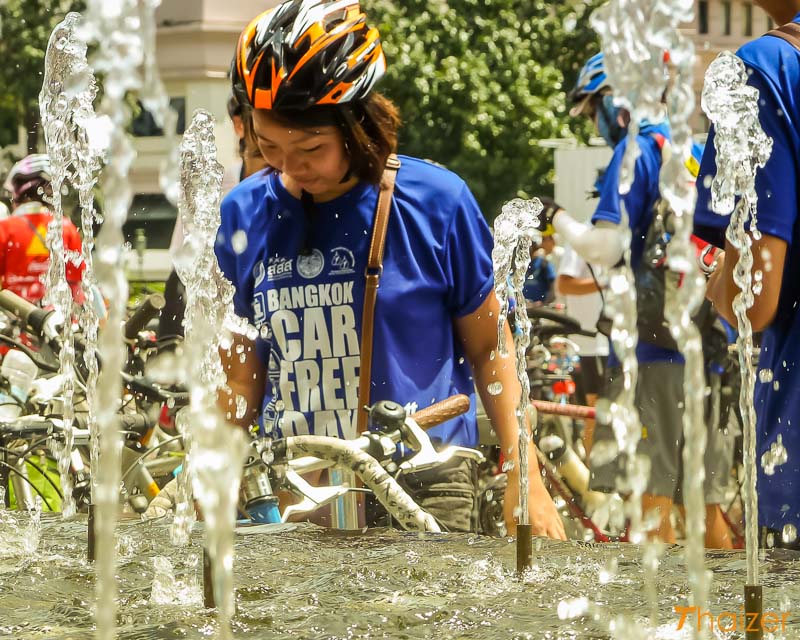 The day was very much a family event with people of all ages taking part, although some of the younger ones and the four-legged participants let others do the peddling. 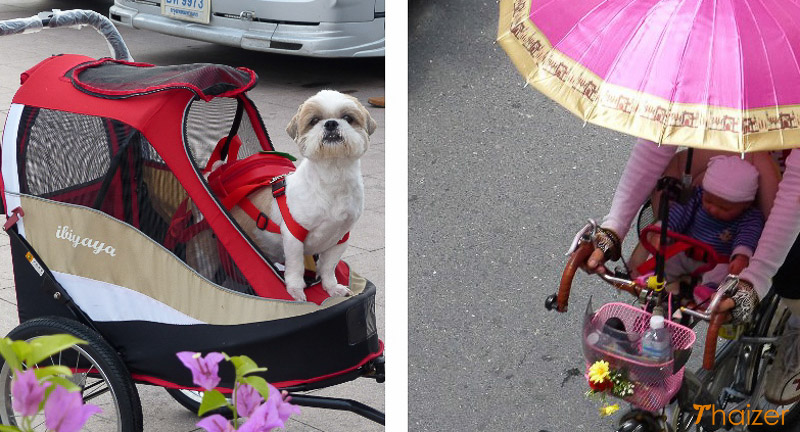 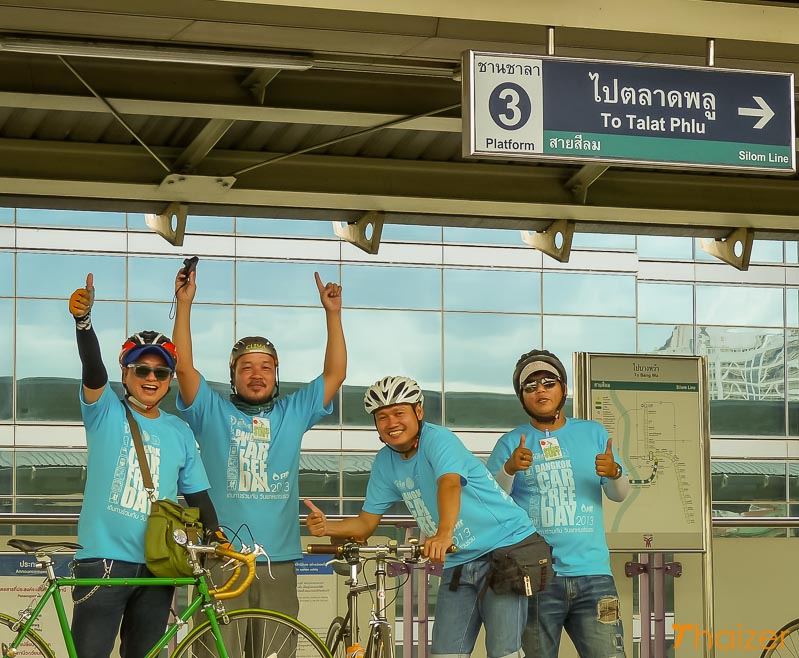 Cyclists enjoyed free travel on the Skytrain whilst non-cyclists were able to buy a special pin badge for 50 Baht which allowed unlimited travel for the day on Bangkok’s public transport network.

The opening ceremony for the Bangkok Car Free Day took place in the morning at Sanam Luang in front of the Grand Palace. The same location also hosted the afternoon bicycle rally with school bands playing music to accompany the cyclists as they peddled their way around the circuit. The rain that had threatened for much of the afternoon finally made an appearance just before dusk as events for the day were concluding, but it didn’t dampen what was a hugely enjoyable day. 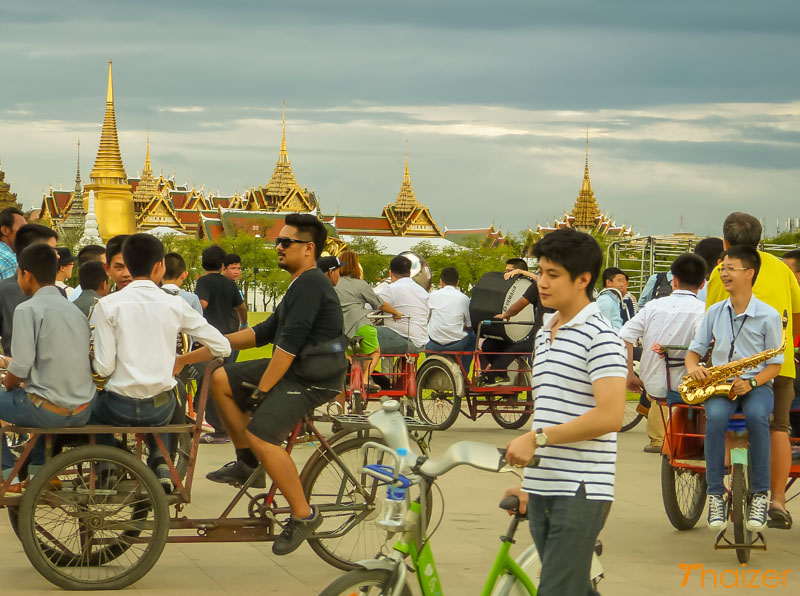