If you’ve visited Thailand you’ve probably touched the national emblem of the country, the garuda, although you might have done so without realizing it. With its roots in Buddhist and Hindu mythology, the garuda (‘khrut’ in Thai) is half-man and half-bird and can be seen on Thai bank notes. Next time you have some Thai Baht in your hand look for the small, winged figure embossed on both sides of the notes. Representing the authority of the monarch, the garuda is also used on all government seals and legal documents so if you have a visa issued by a Thai embassy or consulate, it will also include the garuda on it to represent the authority of the Thai monarch.

Garuda on the Thai 20 Baht note. The man on the right of the bottom photo is King Ramkhamhaeng (Rama the Bold) 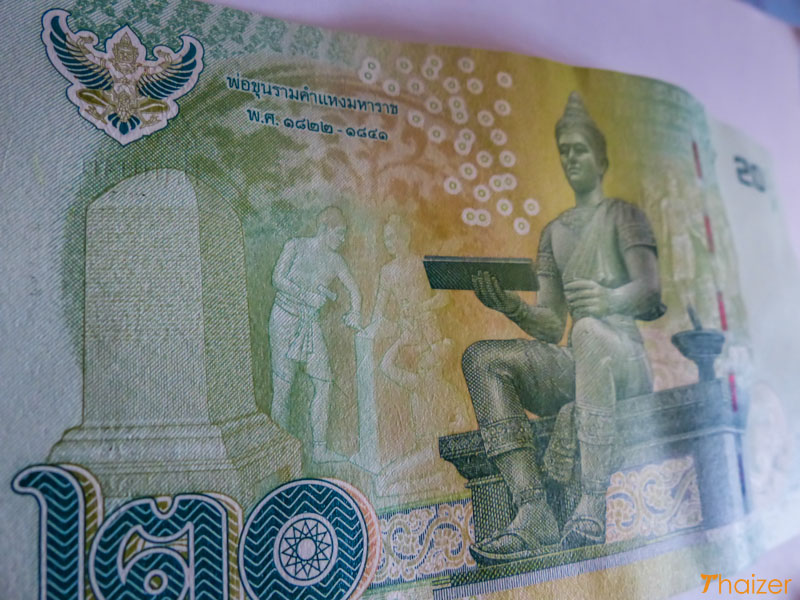 The garuda has a long association with kings in Siam and Thailand. According to mythology, the garuda carried the god Vishnu. At various stages, Vishnu descended to earth in a number of different manifestations or avatars including Rama who, in Thai culture, is the most important avatar of Vishnu. With Thai kings said to be descendants of Rama, the Chakri dynasty adopted the name Rama into their titles and in the early 1900s the vehicle of Vishnu, the garuda, was formerly adopted as the national emblem of Siam. Even today in modern Thailand, vehicles which carry the king – whether they be cars, boats, planes or trains – will have a depiction of the garuda on the front. In Thailand, there are a number of different styles of garuda which can be seen on government buildings and at royal temples. Some private companies are also allowed to display the garuda in their insgnia if they have been granted the honour, ‘By Royal Appointment’. 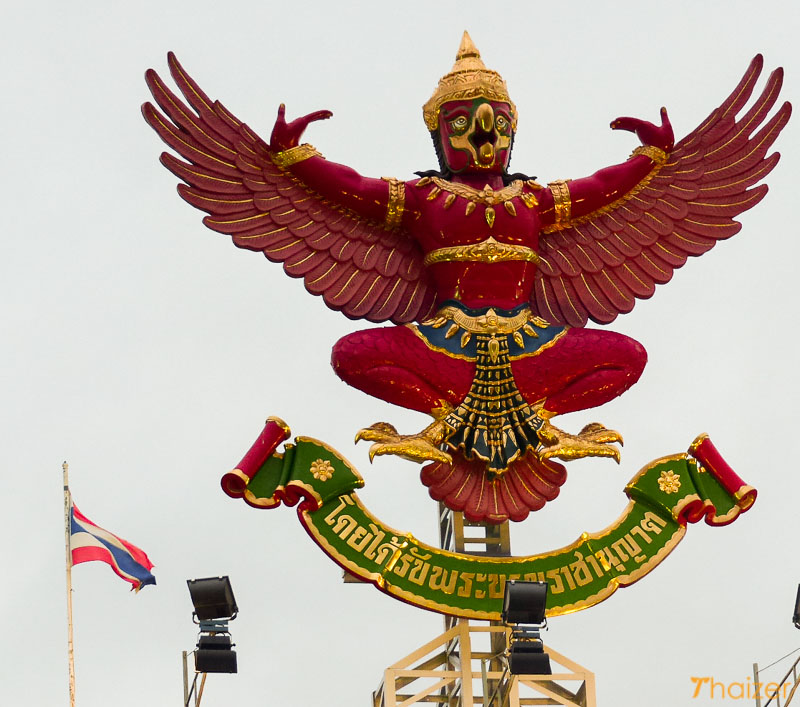 Garuda on top of a government building in Bangkok. 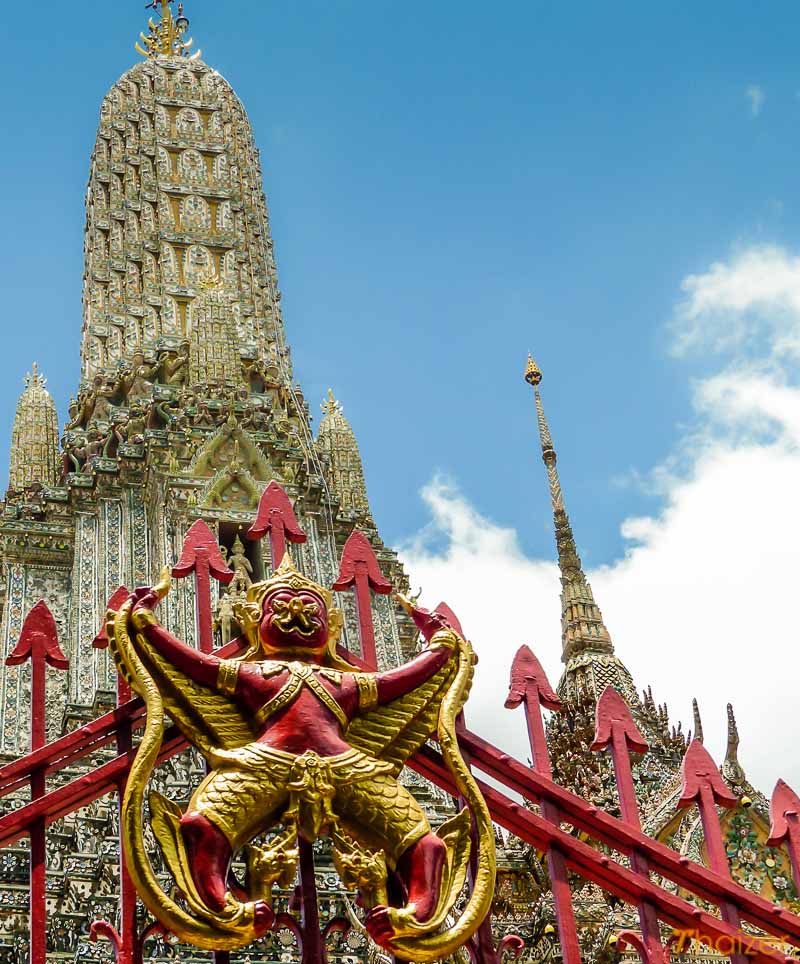 Garuda on the railings of Wat Arun, Bangkok.