The Sea Dragon that Protects Phuket

According to an ancient Chinese legend, the island of Phuket is a golden sea dragon known as Hai Leng Ong. For those that believe in such things, Hai Leng Ong is regarded as the protector of Phuket.

An imposing golden-coloured statue of a dragon emerging from the water dominates the entrance to Queen Sirikit Park in Phuket Town. Local residents, particularly those of Chinese descent, make offerings and light incense and candles at the site of the statue to honour the creature and request the protection of Phuket and its people. 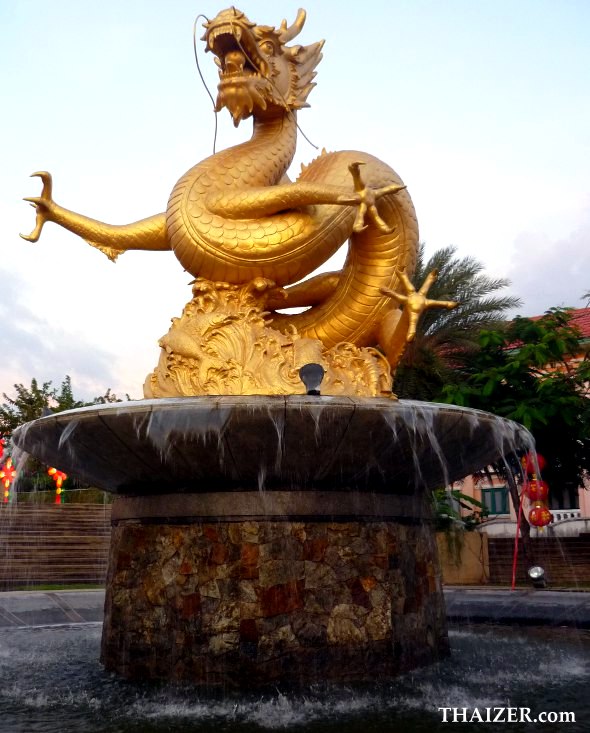 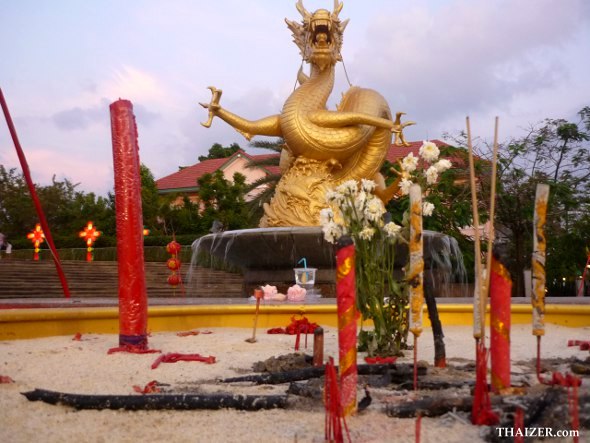 A wall at the park tells the legend of Hai Leng Ong and shows a figurative representation of the great sea dragon and where each part of its body sits in comparison to the island of Phuket (see photo below). The snout of the dragon is at the southern end of Phuket at Laem Promthep with the heart somewhere in the area of Phuket Town. According to folklore a range of hills forms part of the creature’s long curving body which ends with a tail that curls back on itself. 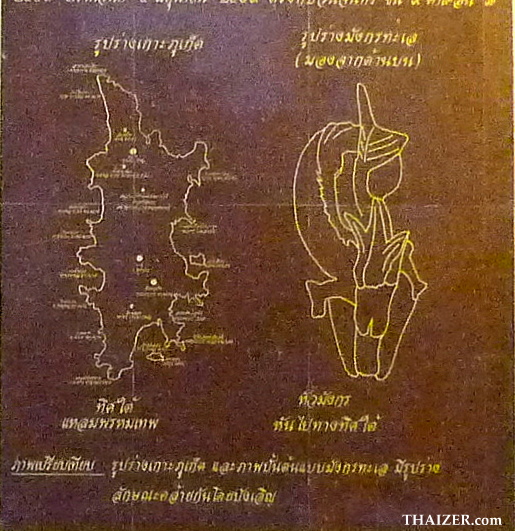 The park itself was constructed to commemorate Her Majesty Queen Sirikit’s 72nd birthday in 2004 as part of the auspicious celebrations for her 12-year life-cycle. The dragon statue was added to the park in 2006 to commemorate the 60th year of His Majesty the King’s reign (another important 12-year cycle). Queen Sirikit Park and the dragon statue are located adjacent to the Tourism Authority of Thailand (TAT) building on Thalang Road in Phuket Town.