The temple grounds at Wat Chedi Luang are home to a number of important buildings and Buddha images, but it is the ancient chedi or pagoda at the rear of complex that is the most striking feature of Wat Chedi Luang. In its heyday the pagoda was covered in bronze plates and gold leaf and although those embellishments are long gone, the structure still remains an impressive landmark in the old town area of Chiang Mai. 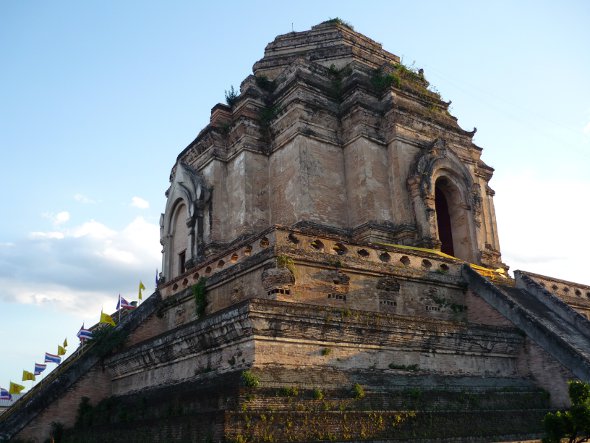 A pagoda was originally built on this site in 1391, but was reconstructed nearly a century later to become the highest building in the old Lanna kingdom. The pagoda was 80 metres high at the tip and 56 metres wide at the base. It was also at this time in around 1480 when a small alcove was created on the eastern side of the chedi to enshrine the Emerald Buddha. The Emerald Buddha, now at Wat Phra Kaeo in Bangkok, has resided in various temples in northern Thailand as well as neighbouring countries, but was at Wat Chedi Luang in Chiang Mai for 80 years. The structure was once encircled by three walls made of silver. This silver was later traded for gold and a combination of brass plates and gold leaf was used to cover the pagoda. 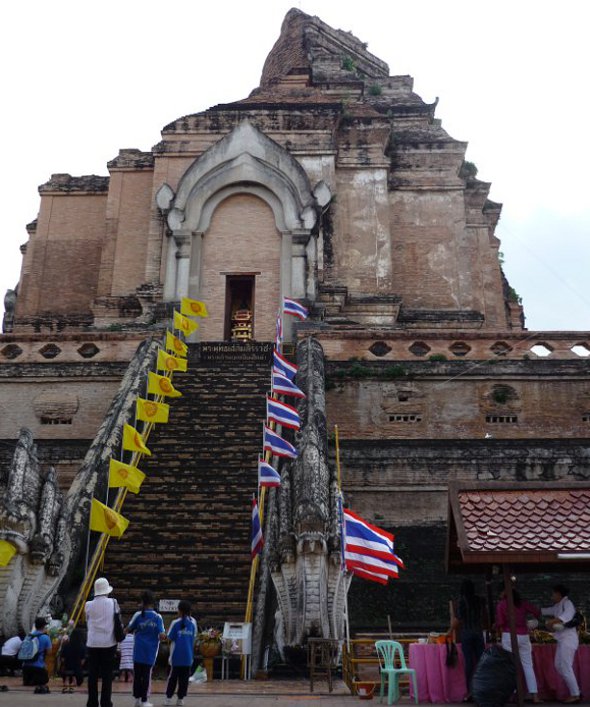 In 1512 more renovation and enlargement work began. However, in 1545 an earthquake resulted in the collapse of the top part of the chedi which was deemed to be beyond repair. It was over 400 years later before restoration work would take place again. In 1990, additions were made to the base, the staircases and the pagoda itself which is now estimated to stand at a height of 60 metres. Replica Buddha images were also placed in the four niches on each side of the chedi including an oversized replica of the Emerald Buddha which is made from black jade and is enshrined in the eastern side of the structure.

Wat Chedi Luang is also home to the city pillar, known in northern Thailand as Inthakin. Every year (usually in May) the Inthakin Festival is held to honour the city pillar which is believed by local people to protect the city. A gum tree is located adjacent to the white shrine that holds the city pillar and folklore says that as long as the tree stands Chiang Mai will survive and prosper. 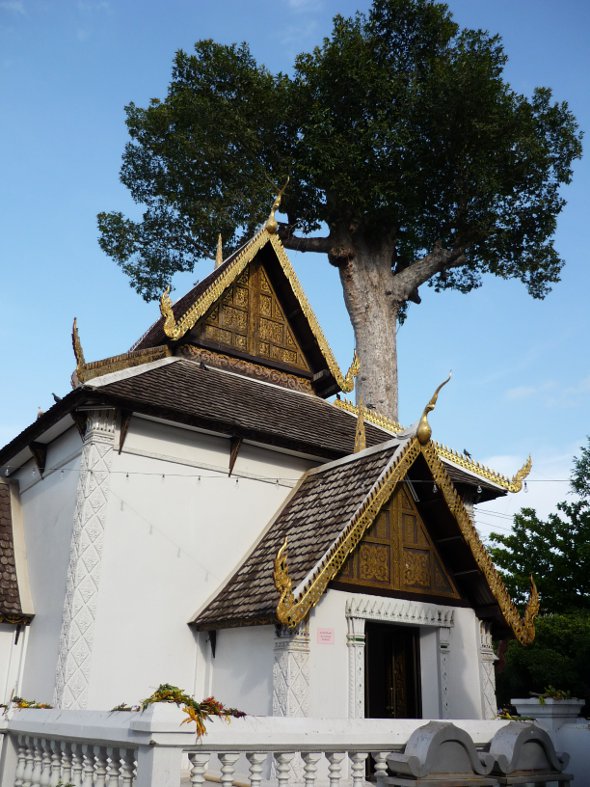 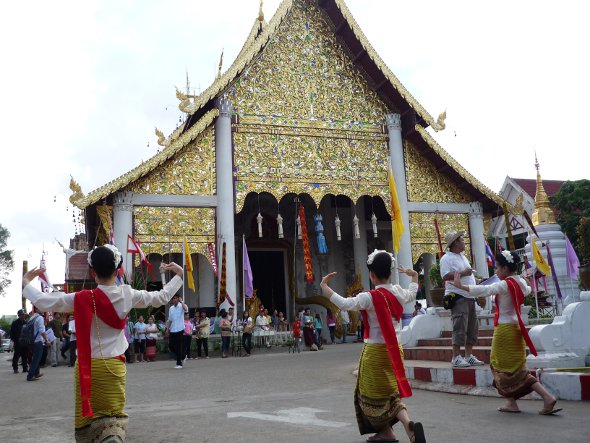 The main temple building seen from the front entrance is impressive enough, but visitors shouldn’t overlook the other areas behind the pagoda at the back of the complex. These are home to a giant reclining Buddha figure and a small chapel like building which holds an eerily realistic waxwork figure of one of the most revered monks from the temple. 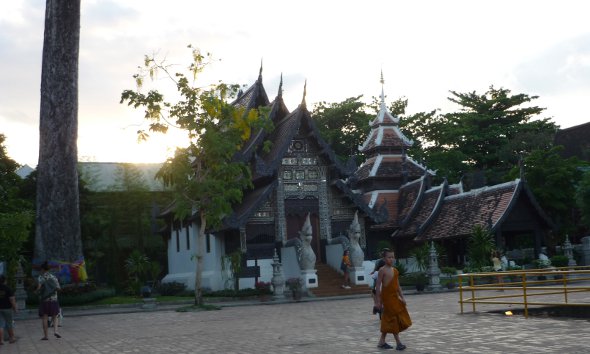 The main entrance to Wat Chedi Luang is located within the old city on Phra Pokklao Road just beyond the Parasol Inn hotel and the wooden temple of Wat Pan Tao.

(in mid-2016 an entrance fee was introduced at Wat Chedi Luang. The fee is 40 Baht for adults, 20 Baht for children. The temple remains free to visit for Thai people).