Situated on a hill that rises 200 metres from the plane below, Wat Saphan Hin is the highlight of the sites in the western zone of the Sukhothai Historical Park. There may not be much of the original temple left, but it’s still an atmospheric location with a 12.5 metre (41ft) high standing Buddha awaiting those who make the climb to the top of the hill. 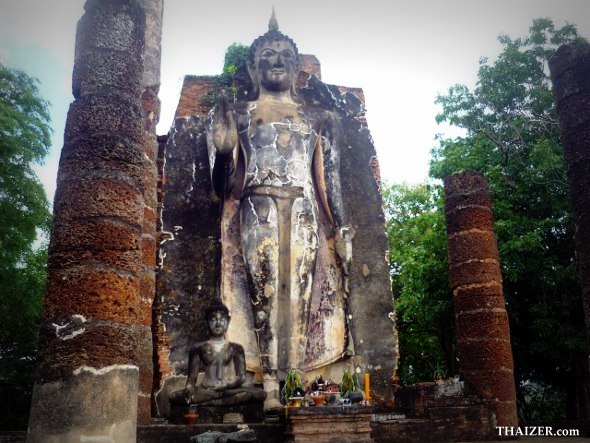 The name ‘Saphan Hin’ translates as ‘stone bridge’ and refers to the slate and stone pathway that leads to the top of the hill where the original temple once stood. It is said that on the day of each Buddhist Sabbath, King Ramkhamhaeng the Great would ride to the top of the hill on the back of a white elephant named Ruchakhari. At the top of the mound the king paid his respects at the temple and to the standing Buddha known as Phra Attharot. 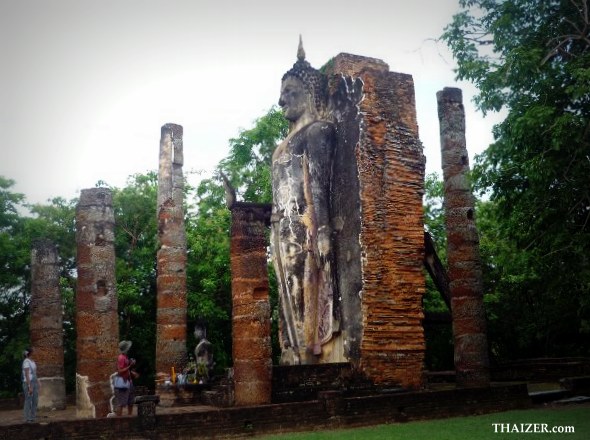 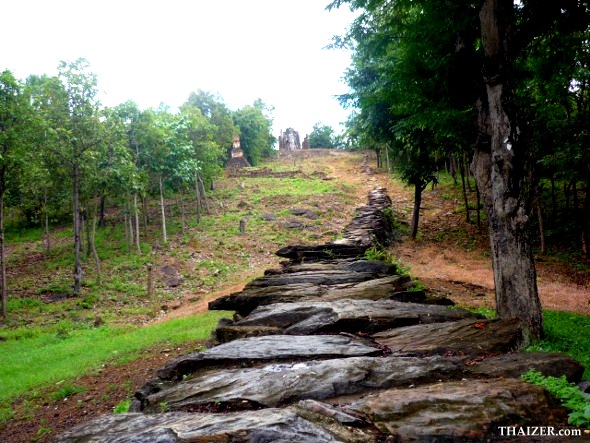 Modern day visitors to Wat Saphan Hin will have to rely on their own leg power to get to the top, but it’s not as arduous a walk as it sounds if you take your time. You might not have the benefit of an elephant to carry you, but making the ascent to the standing Buddha image at the top means you will be following the same path that one of Thailand’s most important historical figures took more than 700 years’ ago.

Wat Saphan Hin is just inside the western zone of Sukhothai Historical Park and the entrance fee to this zone is 200 Baht. The temple itself is officially open from 08.30 to 16.30 each day.

The best way to get here is by bicycle and from the front of the main Historical Park it’s a gentle 15 minute cycle around the quiet perimeter road. Once at the temple you will see a manned security hut and there are also cycle racks where you can lock your bike before making the walk to the top of the hill. The path is in a reasonable state of repair, but the stones are uneven in places and can be slippery when wet so take your time and watch your footing. On the way up, look out for the small piles of stones that Buddhist devotees have made as a form of respect and for good luck. 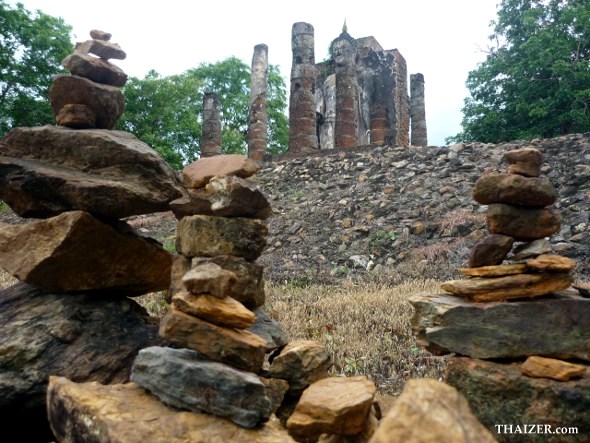 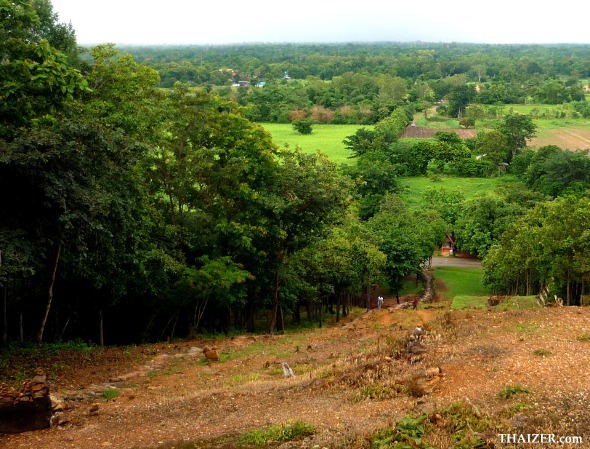 The other temples and ruins in the western zone aren’t as impressive as Wat Saphan Hin, but the bicycle ride through the quiet and picturesque setting more than makes up for that. There are no shops or vendors in this immediate area so make sure you bring plenty of water with you.