One of the most distinctive buildings in Phrae, the pink and white Wongburi House (also written as Vongburi) was constructed between 1897 and 1907. Although the teakwood house is now open to the public as a museum, part of the complex is still occupied by the descendants of the lords of Phrae, the noblemen who ruled the province at a time when the region wasn’t under direct rule from Bangkok. 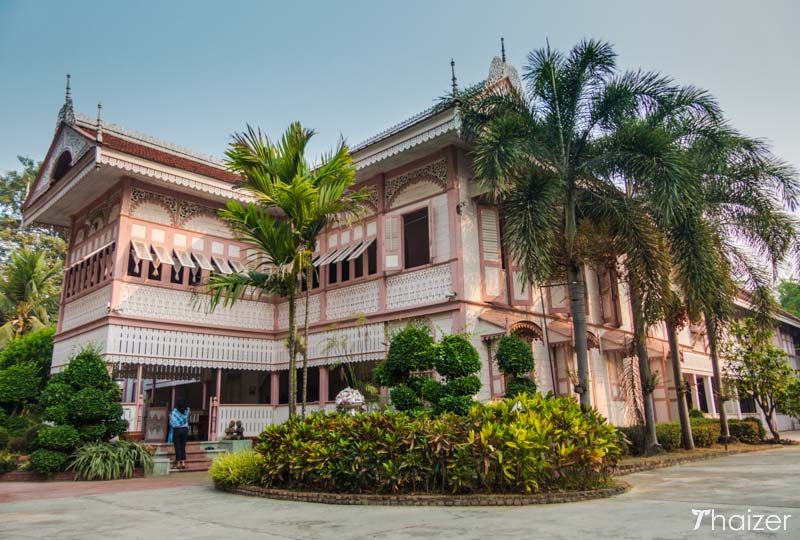 The construction of Wongburi House was carried out by a Chinese craftsman with assistance from local carpenters. The 2-storey building was constructed from Phrae teak in the European ‘Gingerbread’ style (Reuan Khanom Pang Khing), a style which was popular in Thailand during the reign of King Rama V and can be seen at sites such as Vimanmek Teak Mansion in Bangkok and Hua Hin Railway Station. In 1993, the Association of Siamese Architects gave Ban Wongburi the ‘Outstanding Conservation Award’ and the building is familiar to Thais having featured in movies, magazines and television. The venue can also be hired for weddings and sometimes hosts khantoke dinners and shows. 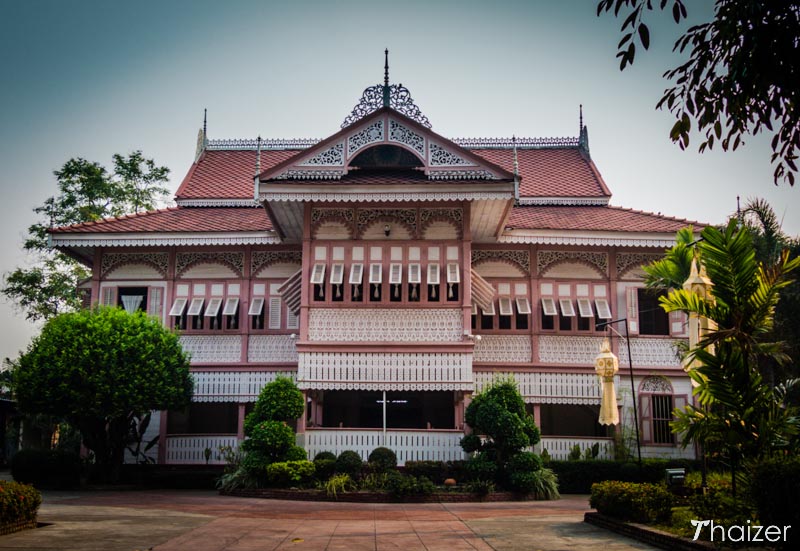 Visitors can admire the quality of the workmanship, but the house also provides a real feeling of what it may have been like to live here. Many original items of furniture and artefacts remain in place and give a fascinating glimpse of life in Phrae more than a century ago. Ban Wongburi is located on Khamlue Road in the old town area of Phrae and is open daily from 09.00 – 17.00. Entrance fee is 20 Baht.