The distinctive pagodas of Wat Phra Si Sanphet are one of the most famous sights in Ayutthaya. Much like the iconic Buddha head in tree roots at nearby Wat Phra Mahathat, images of this historic temple adorn the front of many of the post-cards and travel books that are sold in Ayutthaya.

In 1448, King Borommatrailokanat ordered a temple to be built to use as his private chapel. No monks resided here, but the wat was used for royal ceremonies and rituals including giving alms to the monks from the other Ayutthaya temples. Following the death of King Borommatrailokanat, two pagodas were constructed one of which would hold the remains of the late king. A third pagoda was added later with all three pagodas being used to hold the remains of various kings of Ayutthaya. In subsequent years a number of smaller chedis were also built to hold the ashes of other members of royalty.

In 1499, the main viharn (hall of worship) was built and the following year King Ramathibodhi II commanded the casting of a 16-meter high standing Buddha image known as Phra Buddha Chao Si Sanphet. The image was covered in gold, but when Ayutthaya fell to the Burmese in 1767, the gold and other valuable artefacts from the temple were taken. When King Rama I established his new capital at Bangkok in 1782, he made arrangements for what was left of the Phra Buddha Chao Si Sanphet image to be moved to Wat Pho where it was housed in a purpose-built chedi. 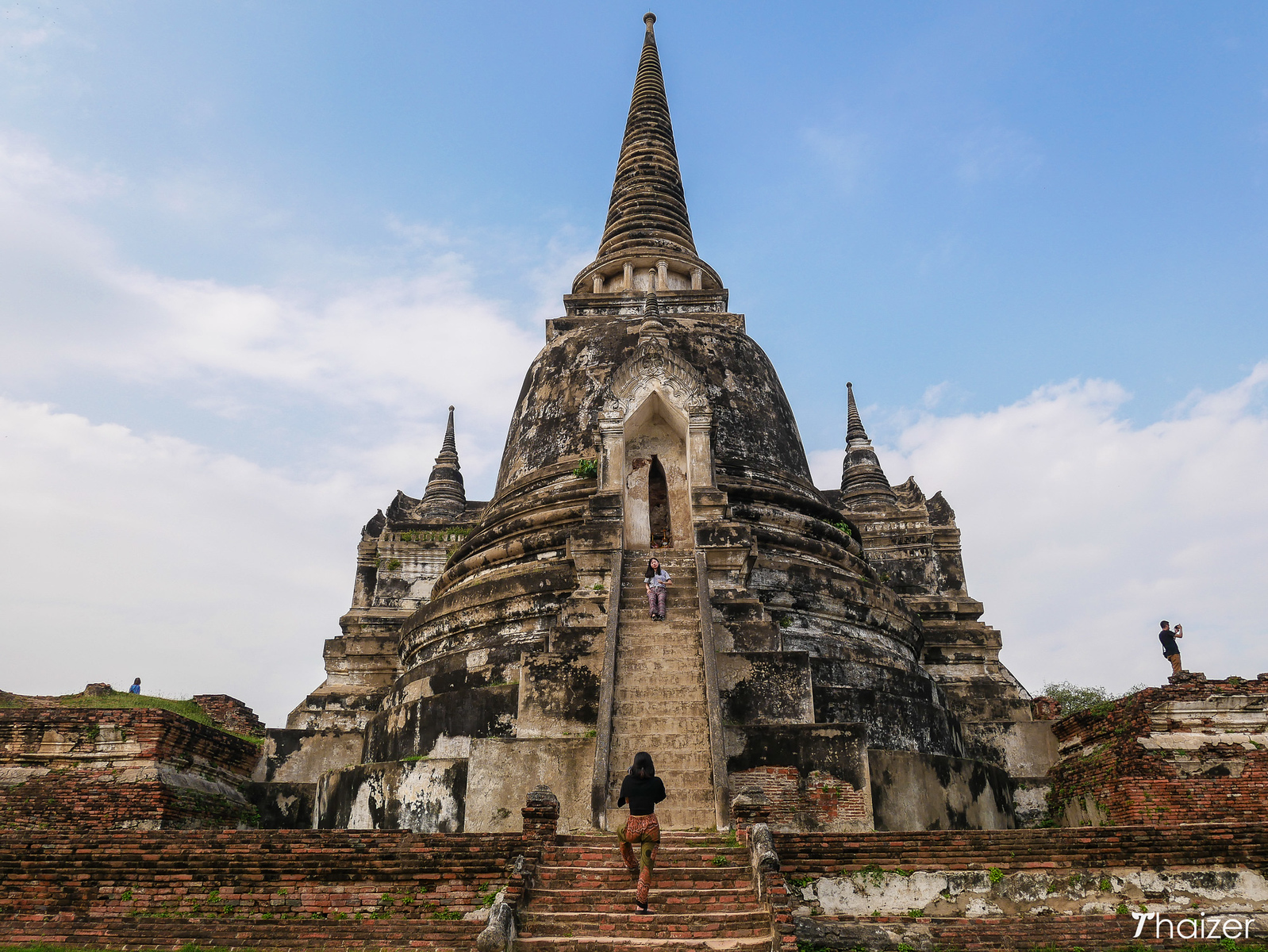 The temple ruins of Wat Phra Si Sanphet are located on the site of the original wooden palace built by King Ramathibodhi I (U Tong) when Ayutthaya was founded in 1350. King Borommatrailokanat built a new palace just to the north of Wat Phra Si Sanphet and this was added to and expanded by the various kings who followed in the subsequent years.

Visitors to Ayutthaya will see a large grassy area in between Wat Phra Si Sanphet and the Lopburi River. This is where the Royal Palace (Wang Luang) was located, although not much can be seen today apart from the outlines of some old walls. For a better idea of what the palace would have looked like in its pomp, see the displays at Ayutthaya’s Historical Study Centre.