Many people choose to visit Kanchanaburi as part of an organised day trip from Bangkok. This is convenient if you’re short on time and does mean you get to see some of the main sites including the Bridge on the River Kwai, Kanchanaburi War Cemetery and the Death Railway. But if you are travelling independently try to allow more time in Kanchanaburi. This is a region of natural beauty that belies its tragic history with sweeping rivers, waterfalls and jungle-clad hills.

Where to stay in Kanchanaburi

If you are relying on public transport, you’ll find plenty of convenient accommodation options in Kanchanaburi town centre. If you have your own vehicle there is more scope to stay in the surrounding countryside with hotels like Cross River Kwai occupying a serene spot overlooking a quiet stretch of the river. Much of the budget accommodation in Kanchanaburi is close to the river in the form of guest houses and raft houses. The latter option can be cheap, but aren’t the most comfortable. If you opt for one of the raft houses in town be prepared for the sound of karaoke filling the air from the numerous rafts and riverside bars. Far better options for raft houses can be further out of town in Sai Yok National Park. Set in a beautiful location, choose from the basic raft houses at River Kwai Jungle Rafts or the more luxurious option at Float House River Kwai. 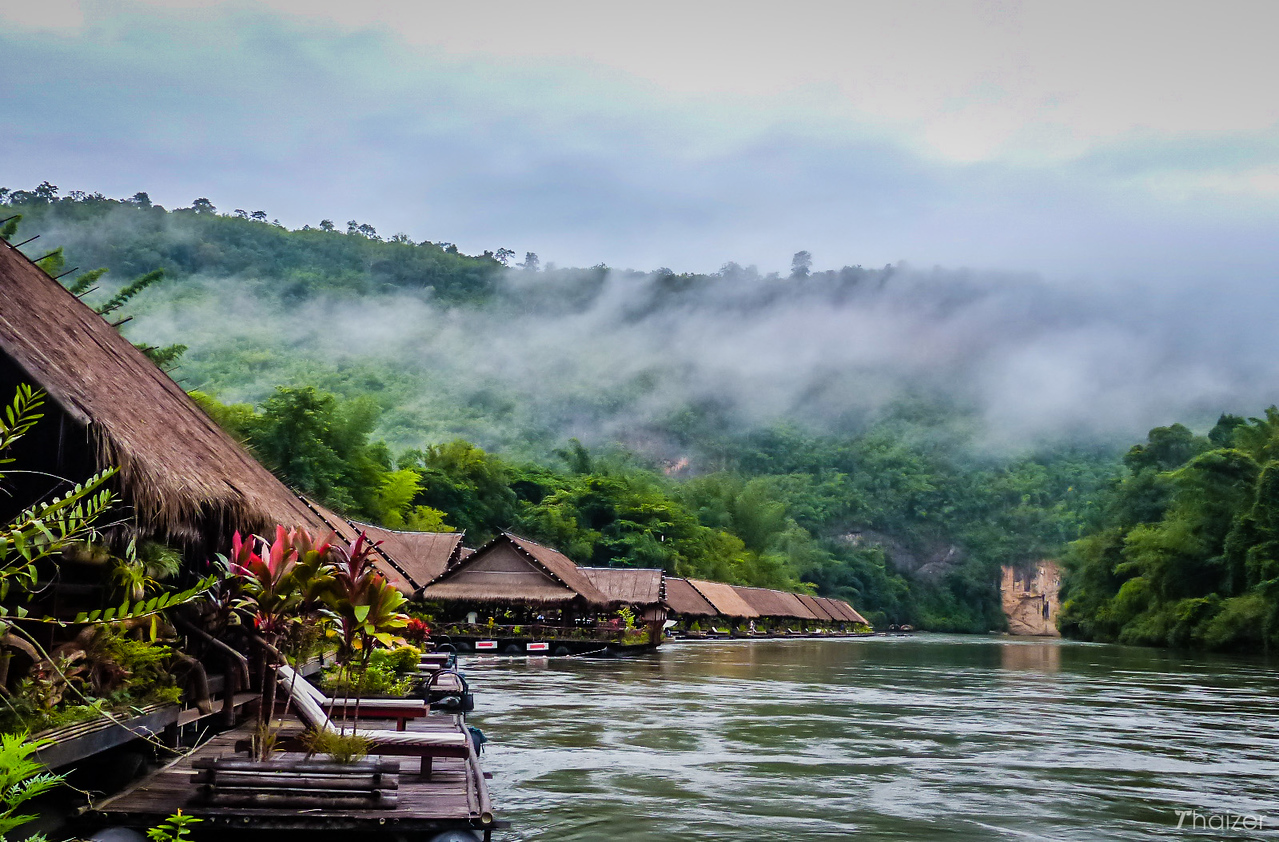 What to see and do in Kanchanaburi

During the Second World War, the Japanese army forced POWs and Asian labourers to build a railway linking Thailand to Burma. It is estimated that 16,000 POWs and 100,000 Asian labourers died whilst working on the scheme. The railway, which became known as the Death Railway, is not only a piece of history but is still a working line which links the villages between Kanchanaburi and Nam Tok. Travelling on the train, it is humbling to imagine the horrifying conditions endured by the men who used picks and shovels to cut through the rock and thick jungle. If you arrange a tour from either Bangkok or Kanchanaburi, it will normally include a stop at Tham Krasae, the cave adjacent to the Wang Po viaduct. This dramatic section of elevated track hugs the Khwae Noi River and provides some amazing views of the railway and surrounding countryside. The infamous Hellfire Pass is further out and can’t be reached by train so the most convenient option to get there is via an organised tour.

One of the main tourist attractions in Kanchanaburi is the ‘Bridge on the River Kwai’. Although David Lean’s classic 1957 movie did loosely base some characters on real-life people involved in the Death Railway, it isn’t an accurate historical record. The river on which the bridge stands was originally called the Mae Khlong River which sits in the Khwae Valley. When tourists started arriving in Kanchanaburi in the 1960s, Thai authorities decided to rename the stretch of river where the bridge stands to ‘Khwae’. However, the legacy of the film means that the spelling ‘Kwai’ is still commonly used. 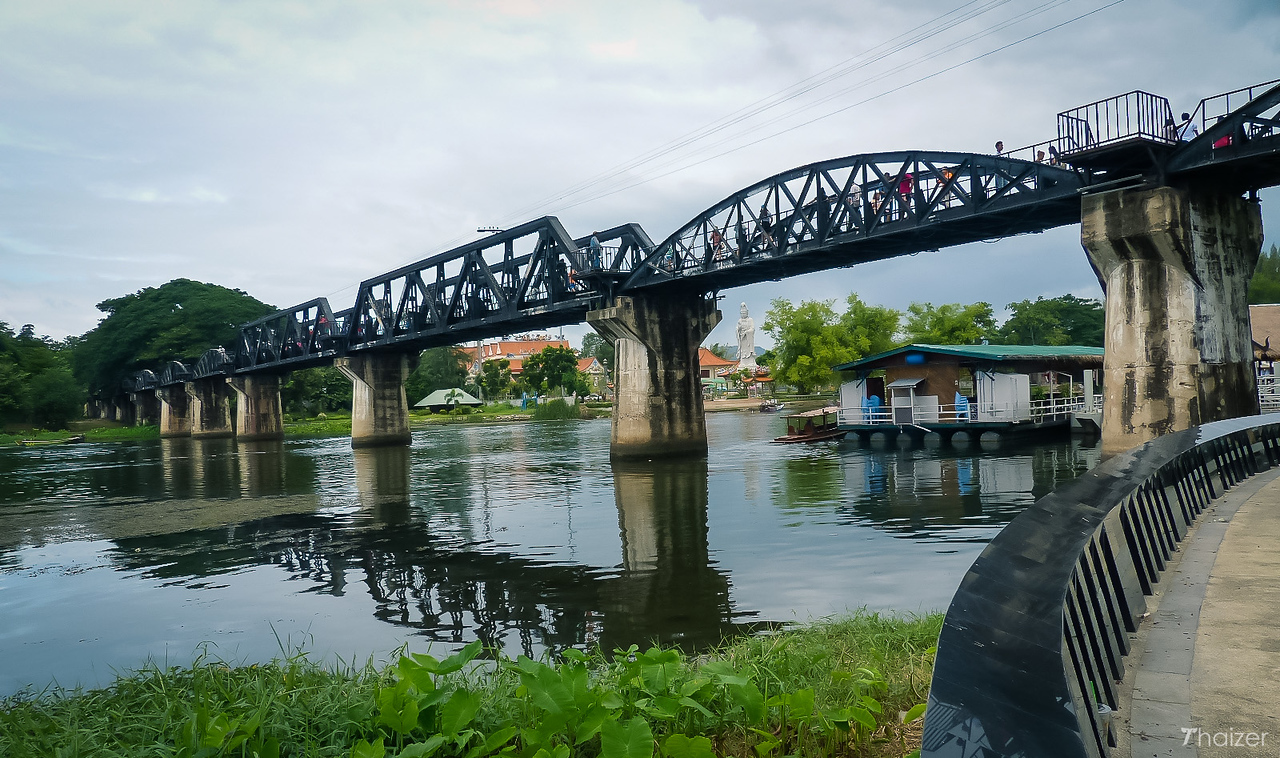 Bridge on the River Kwai

The two war cemeteries in Kanchanaburi are immaculately kept and are extremely emotional places to visit. The easiest to get to is the Kanchanaburi War Cemetery (Don Rak) opposite the entrance to the main train station. Chungkai Cemetery is a little further out to the south-west of town but is included on the itinerary of many organised tours.

For anybody interested in history there are a couple of excellent museums in Kanchanaburi which provide an insight into the horrific conditions endured by the men who were forced to construct the railway. The Hellfire Pass Memorial Museum and nearby walking trail are an especially humbling experience. Adjacent to Kanchanaburi War Cemetery, the Death Railway Museum and Research Centre (also known as the Thailand-Burma Railway Centre) is another must-visit for anybody interested in history. At the opposite end of town, there is also the JEATH museum housed in a reconstruction of a POW hut and located within the grounds of a temple. 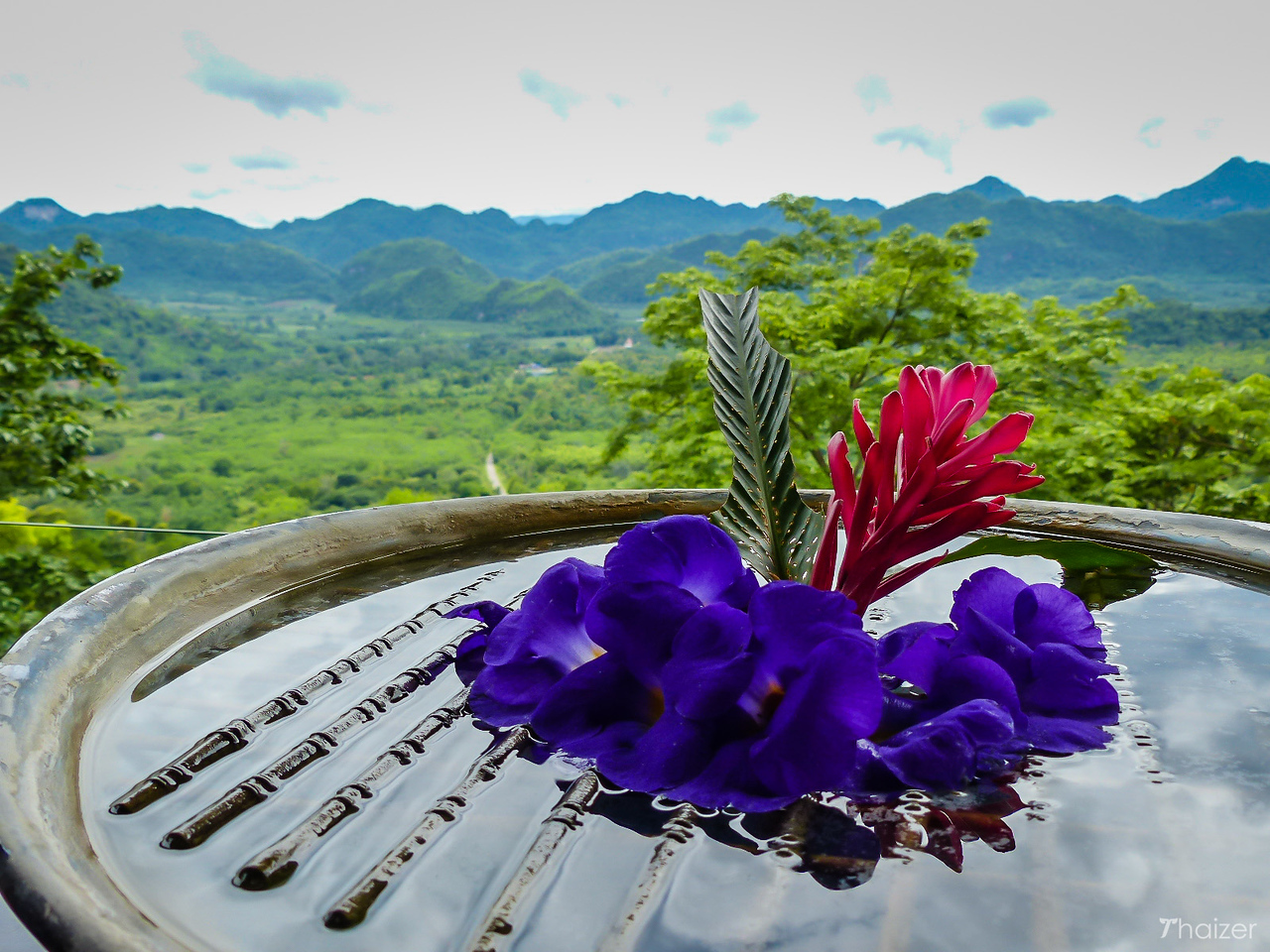 View from the walking trail at Hellfire Pass

Aside from the sites associated with the War, Kanchanaburi has some beautiful countryside and waterfalls close at hand. Take a trip out to Erawan National Park and the Erawan Falls. A visit to Elephant’s World sanctuary is also highly recommended. There are no elephant rides or shows here and if you do visit expect to get your hands dirty whilst doing something positive for animal welfare. The controversial Tiger Sanctuary Temple was closed in 2016 following a series of raids by Thai authorities.

The easiest and most convenient way of getting to Kanchanaburi is via Bangkok. Any tour operator will be able to arrange transport and accommodation, but for a little bit more effort and a lot less expense, the town can be reached via train or bus. Two train services leave Bangkok Noi (Thonburi) early morning and early afternoon for the 3 hour journey. The train calls at Kanchanaburi station which is close to the town centre accommodation, before trundling a bit further on to River Khwae Station adjacent to the bridge and river and the jumping off point for much of the budget accommodation.