Candlelit ceremonies were held in provinces across Thailand last night as people gathered to commemorate the second anniversary of the passing of HM the late King Bhumibol Adulyadej.

When King Rama IX died on October 13, 2016, it heralded a period of mourning which would extend for more than a year. In line with Thai royal traditions, there was an extended period between the date of death and the cremation to allow for various merit-making ceremonies. The Royal Cremation Ceremony was held at Sanam Luang in Bangkok on October 26, 2017. And it was on Sanam Luang, the ceremonial royal field in front of the Grand Palace, where thousands of Thai people gathered again last night to pay tribute to the late king. During the period of mourning following the king’s death, many wore black. But on the anniversary of the king’s death it was the colour yellow that was in prominence. The late king was born on a Monday and, in Thai culture, yellow is his birth colour. 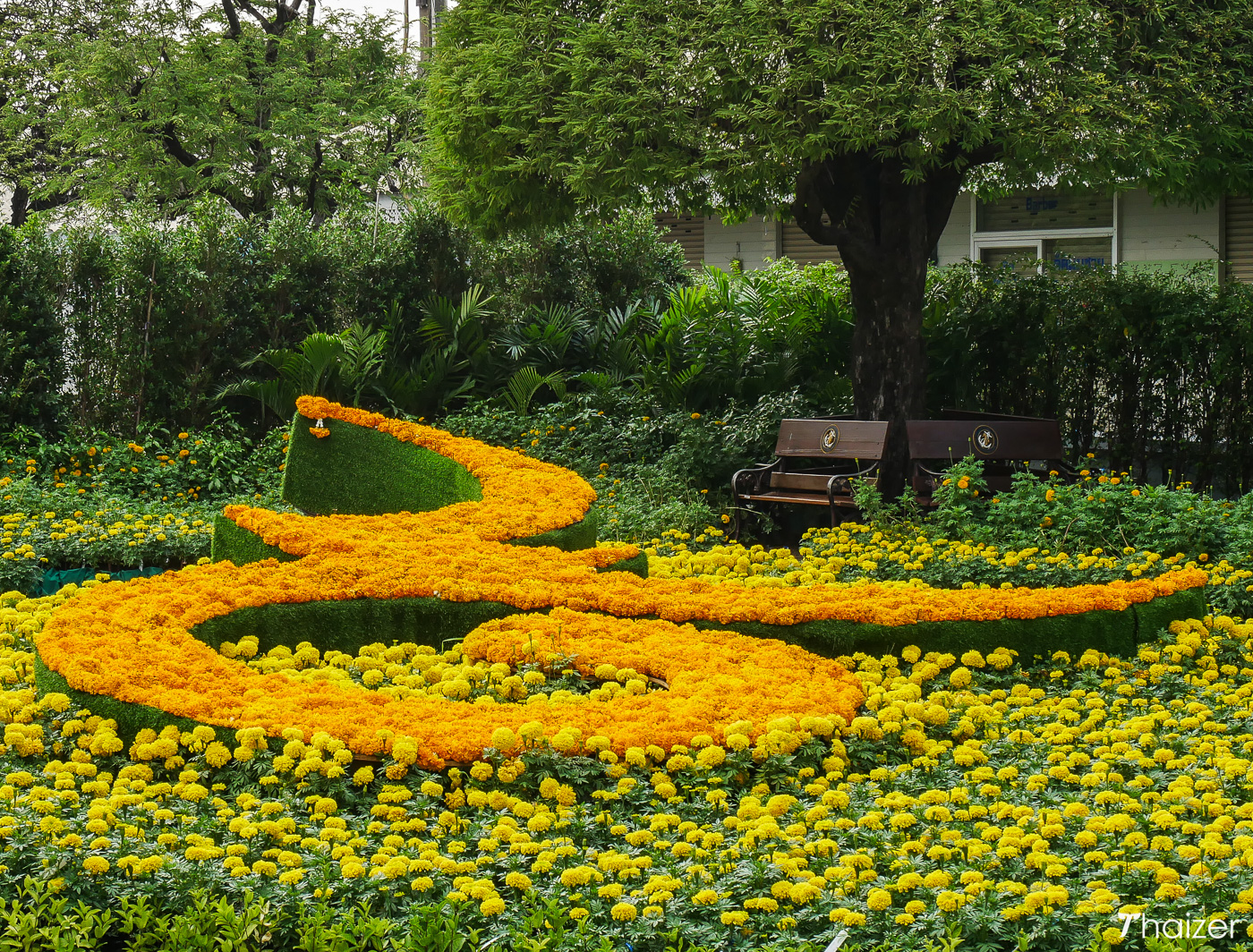 Public Holidays Honour Rama IX
October 13 is designated as a public holiday for King Bhumibol Adulyadej Memorial Day. His birthday on December 5 is a public holiday too which is also named as Father’s Day and National Day in his honour.

Display of marigolds to the side of the Grand Palace

Although the scene wasn’t as sombre as it was a year ago and the emotion not as raw as it was in the immediate days and weeks after the king’s death, there were still tears as a nation remembered the man they called the Royal Father. In the early morning there were merit-making ceremonies across Thailand as people offered alms to monks in honour of HM King Bhumibol Adulyadej. At Bangkok’s Royal Plaza, the Prime Minister led officials in offering alms to 890 Buddhist monks, the number significant because the king died shortly before his 89th birthday. And at the end of the candlelit ceremony at Sanam Luang there was a period of silence which lasted 89 seconds. Similar scenes were witnessed at Siriraj Hospital in Bangkok where the king passed away on October 13, 2016. Yesterday morning, members of the public joined doctors, nurses and hospital staff to give alms to 89 Buddhist monks.

Commemorative events were also held by Thai Embassies and Thai expat communities across the world. Away from the public ceremonies, members of the royal family attended a special merit-making service inside the grounds of the Grand Palace.