It might need a stretch of the imagination for today’s visitors to the Thai capital to picture it, but when Bangkok was founded in 1782 it was a compact walled city with fortifications to protect it from invaders. That original area of Bangkok, also known as Ratanakosin Island, now only has a few traces of those old city defences remaining. The most prominent is Phra Sumen Fort by the Chao Phraya River just to the north of the Grand Palace and Wat Phra Kaeo in the Banglamphu district. 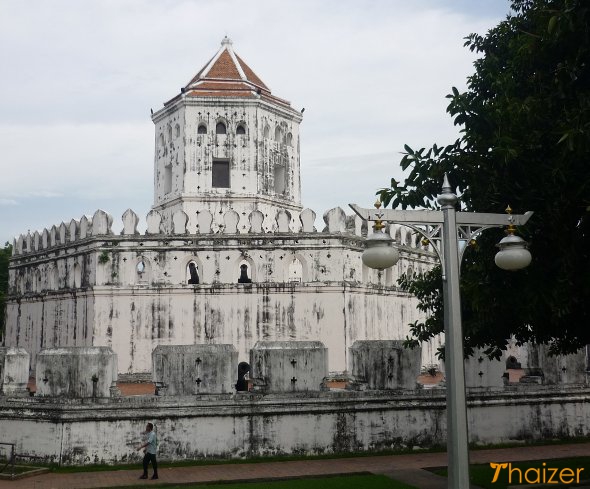 During the reign of King Rama I, fourteen guard towers were constructed at various strategic points along the city walls. The northernmost of those citadels was Phra Sumen Fort which was equipped with canons and was also used to store ammunition and weapons. In subsequent years the old city fortifications were no longer needed and gradually fell into disrepair or were demolished as Bangkok modernised. Fortunately, Phra Sumen Fort escaped being knocked down and major renovation work was carried out at the old citadel in 1981 to keep alive a link to the Thai capital’s past. The only other remaining guard tower to remain from those constructed in the 1780s is Mahakan Fort close to Wat Saket and the Golden Mount. 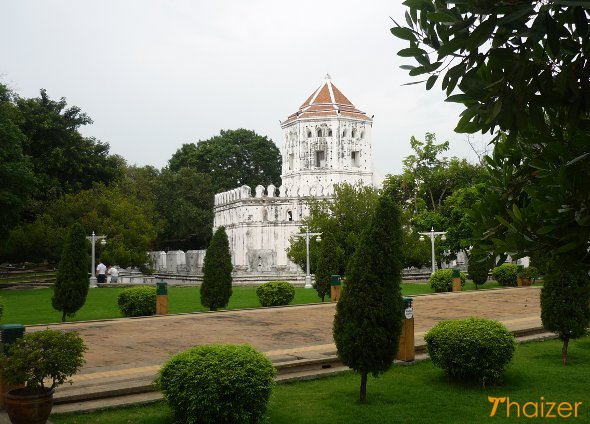 In 1999 a plot of land next to Phra Sumen Fort was cleared and converted into a public park. Santichaiprakan Park isn’t particularly big, but with plenty of greenery and views of the Chao Phraya River it’s a pleasant spot to sit down and unwind. Visit in the early evening and you may well see an aerobics class whilst at the weekends the park is a popular venue for local families. Proximity to the nearby budget hotels and guest-houses in and around Khao San Road combined with a convenient location adjacent to the river pier at Banglampu (Tha Banglamphu N13) means the park also attracts an eclectic mix of international visitors. Please note that smoking and drinking alcohol is prohibited in the park.