On Tour With the Veteran Samlor Drivers of Chiang Mai

65, 73, 98 . . . not the Thai lottery numbers, but the ages of an inspirational group of individuals; the samlor drivers of Chiang Mai. And 98 isn’t a typo. The oldest samlor driver in Chiang Mai, the remarkable Nainan Narin, is just a few years short of his century. The 98-year-old started riding his bicycle taxi at the end of the Second World War and is still working today. The veteran samlor riders of Chiang Mai may have plenty of years on the clock, but don’t be fooled by the wrinkles. These men are as hard as teak and their fitness levels would put many youngsters to shame. They might be at an age where others have already retired from work, but these senior citizens are still earning a living by picking up passengers and pedalling their bicycle rickshaws through the streets of Chiang Mai.

The word samlor translates as three wheels. Thailand’s samlors are a throwback to a bygone era. Before the advent of motor vehicles, hundreds of these bicycle taxis plied their trade in Chiang Mai. Today, there are less than 70 samlors left on the roads of the northern Thai city. 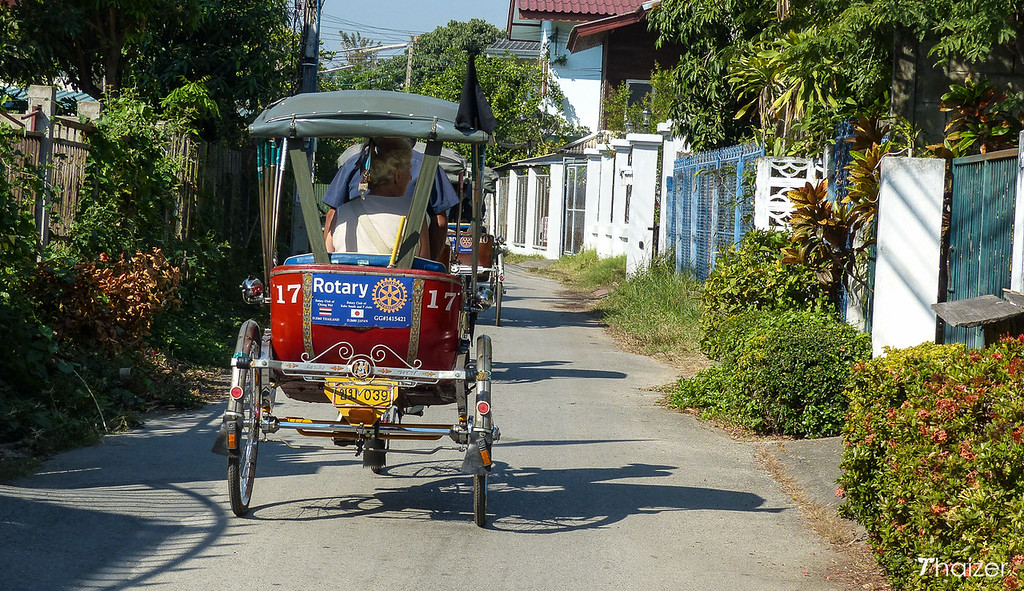 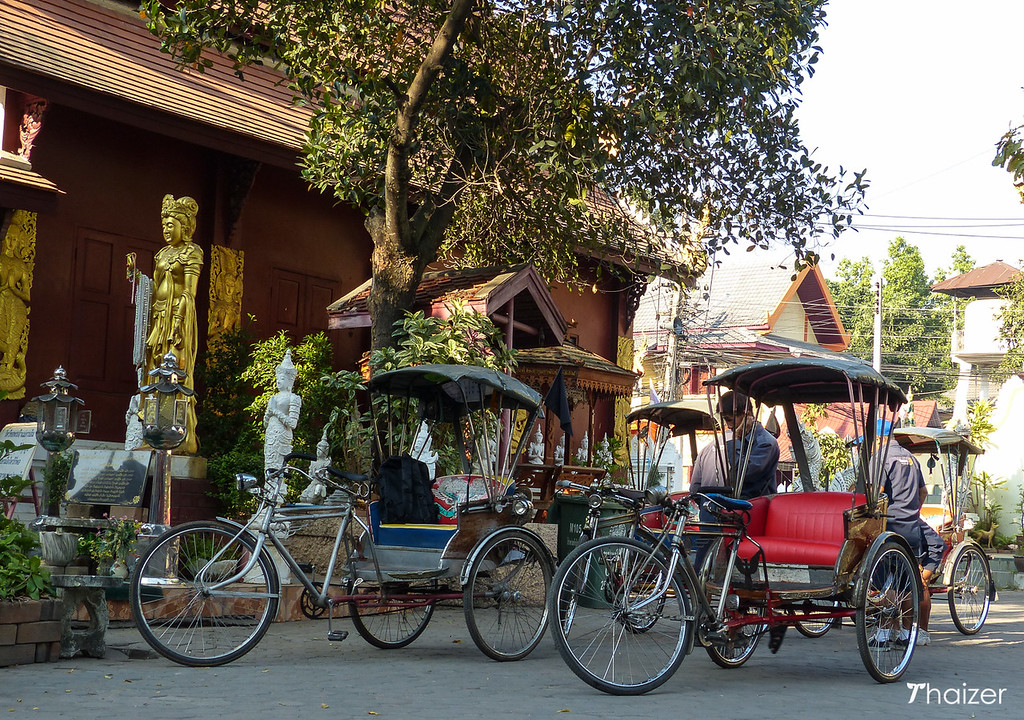 Preserving the heritage of Chiang Mai

The samlors are a charming sight as they silently glide along the sois of Chiang Mai. The passengers are often elegant Thai ladies of a certain vintage who prefer to use this sedate way to travel to and from the market. The samlors are part of Chiang Mai life, but their existence is threatened. Unless a younger generation of drivers take to the saddle, this eco-friendly form of transport could be lost. There has to be an incentive for new drivers. The outdoor lifestyle and freedom to be your own boss may appeal to many, but not having the benefit of a regular wage is a major deterrent. Driving a samlor is also regarded as a low status occupation so attitudes need to change if there is to be a new crop of drivers willing to take up the profession.

Chiang Mai’s samlor drivers have endured some difficult times, but there is hope for the future. A few years ago, the Rotary Club of Chiang Mai and Rotary International started supporting the samlor drivers. With unity in numbers, the drivers have banded together to form their own association and they now hold regular meetings. And a new tour company, Chiang Mai on Three Wheels, is also working closely with the samlor drivers and the Rotary Club. Chiang Mai on Three Wheels is a non-profit project of Green Trails and is helping to provide more regular work for the drivers.

Chiang Mai on Three Wheels has established a number of tour routes which enable tourists to see a different side to Chiang Mai and at the same time directly support the samlor drivers. The tours provide financial support for the samlor drivers, but also raises the profile of the profession. The residents of Chiang Mai are able to see that there is a demand for this traditional and stylish form of transport and, hopefully, a new generation of drivers will be inspired.

Touring the markets of Chiang Mai

I recently booked the Chiang Mai Markets Tour. Travelling with my mother and sister, we met our local Thai guide and the samlor drivers at Thapae Gate. Our guide introduced us to the proud men who would provide the pedal power for the half-day tour and with the introduction formalities complete we were smoothly driven away through the quieter back-lanes of Chiang Mai. Stopping at temples and markets, this is a delightful way to sightsee. Chiang Mai is a city that my family and I know well, but the tour still included a ride along lanes and through local neighbourhoods that we hadn’t visited before. The itinerary is cleverly put together and although it includes the popular central markets of Wawarot and Ton Lamyai, it also takes in San Pakoy market which sees few foreign visitors.

The Chiang Mai Markets Tour covers one of my favourite areas in Chiang Mai, the historic Wat Kate district. This part of town on the east banks of the Ping River is the location of one of the first expatriate communities in Chiang Mai. In the 1880s, Westerners working in the logging industry settled here. Your English-speaking guide will explain the history of logging in northern Thailand and show you where people such as William Bain, the manger of the Borneo Timber Logging Company, used to live. For many years, William’s son Jack ran the wonderful museum at Wat Kate. Sadly, Jack Bain passed away in 2013 but the museum remains open with an eclectic collection of photos and artefacts providing a fascinating insight into Chiang Mai in days gone by. A short distance away from Wat Kate, visitors on the markets tour are also taken to Baan Sanook which is run by the Healing Family Foundation. Baan Sanook is a creative space for young adults with disabilities and it’s encouraging to see a company like Chiang Mai on Three Wheels supporting this social venture.

A samlor tour is a delightful way to see Chiang Mai. My family know the city well and had already been to many of the locations we visited on our tour. Despite that, there were still new things to see and discover and this tour provided a different perspective of Chiang Mai. The drivers get plenty of rest stops too and the tours have been thoughtfully pieced together. The number of tourists on each tour are deliberately kept low (maximum of six) to make this an even more relaxing experience. All in all, this was a thoroughly enjoyable trip that is mutually beneficial for drivers and tourists. In addition to the market tour, Chiang Mai on Three Wheels also offer other routes covering different areas of the city.
Find out more on the Chiang Mai on Three Wheels website »

I was a guest of Chiang Mai on Three Wheels. My family also received a discount on the price of their tour. I was under no obligation to write about my experience, but I’m happy and proud to support the samlor drivers of Chiang Mai.