The Three Jewels of Buddhism

If you visit a Buddhist temple in Thailand, you will notice that the people making a prayer inside the main hall of the wat will bow down three times in front of the principal Buddha image. In the temple grounds you may also see people walking around with offerings in their hand which consist of three different items: a candle, a lotus flower and incense sticks. Three is a significant number in Buddhism because it represents the Three Jewels or Triple Gems.

Buddhists may refer to the Three Jewels in a number of ways; Triple Gems, Three Refuges, Three Treasures or Precious Triad. In Thailand, the vast majority of people follow Theravada Buddhism but for all branches of Buddhism, what constitutes the Triple Jewels remains the same: 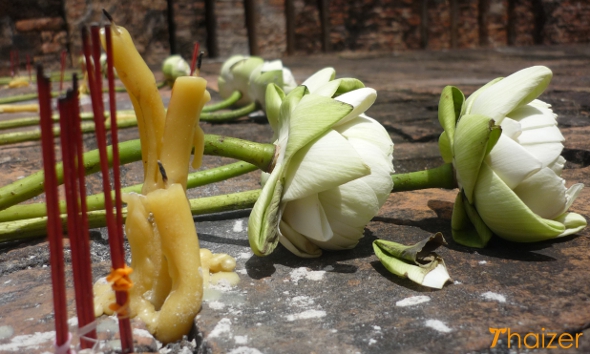 Buddhist offerings of incense sticks, candles and lotus flowers at a temple in Sukhothai