The standing golden Buddha image looking down from a hill to the valley and mountains beyond is one of the images that often features in travel guides and articles about Nan. The site of this picture-postcard image is just outside the main city centre of Nan at Wat Phra That Khao Noi. The temple was originally built in 1487 and is particularly important because a relic from the Buddha is enshrined in the main chedi. 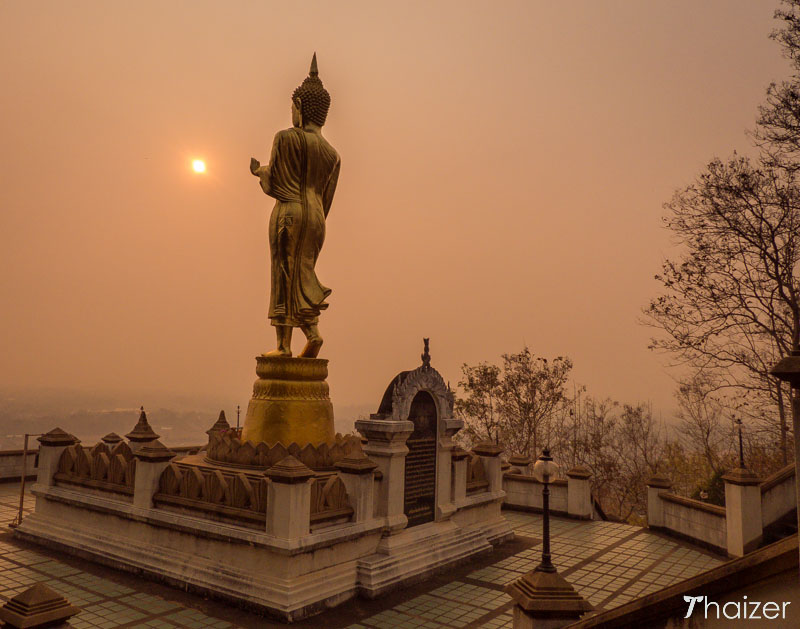 The 9-metre high golden-coloured Buddha is in the classic walking-style with the left hand raised in the giving blessing posture. The statue was erected in honour of His Majesty the King’s 6th cycle birthday anniversary on December 5, 1999. An annual temple fair is held at Wat Phra That Khao Noi (usually in May) with sky-rockets lit to pay respect to Buddha. 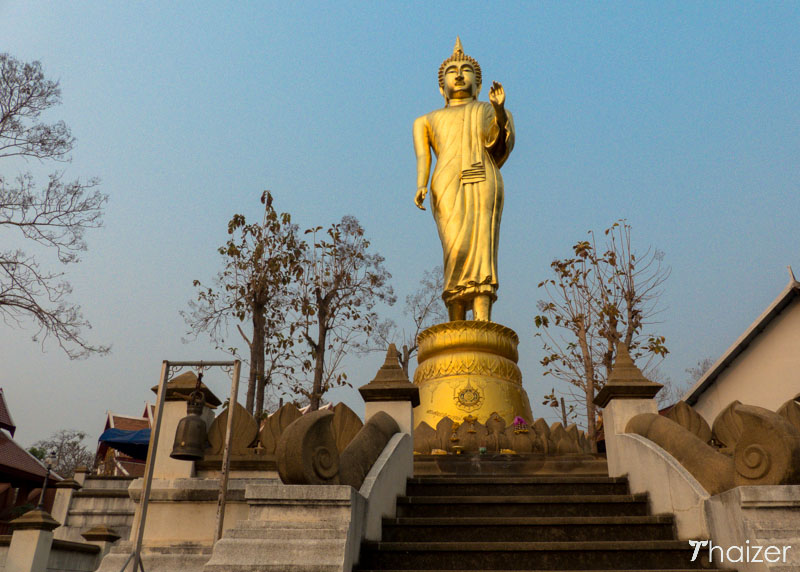 The hill on which the temple sits is located a few kilometres to the south-west of Nan bus station (see map) and away from the centre of town. Unless you have your own transport the easiest way to get to Wat Phra That Khao Noi is either by taxi or by hiring a songhthaew which can take you there and back.