How to Get to Bangkok’s Old City Area

From buses to boats, there are a number of options to reach Bangkok’s Old City area. The best way to get to the Thai capital’s historic Rattanakosin district will depend on where in Bangkok you are travelling from and whether or not you have luggage with you. If you are heading to Bangkok’s Old City for sightseeing, taking a boat along the Chao Phraya River can be a pleasant way to arrive. Travelling by boat also provides the added bonus of seeing more Bangkok landmarks en route. However, if you have booked a hotel or guest-house in Old Bangkok, taking a taxi is the most convenient way to travel. There is also the option of taking a bus from either of Bangkok’s two airports to the Old City, but if you have heavy luggage or aren’t familiar with Bangkok, a taxi should be easier. 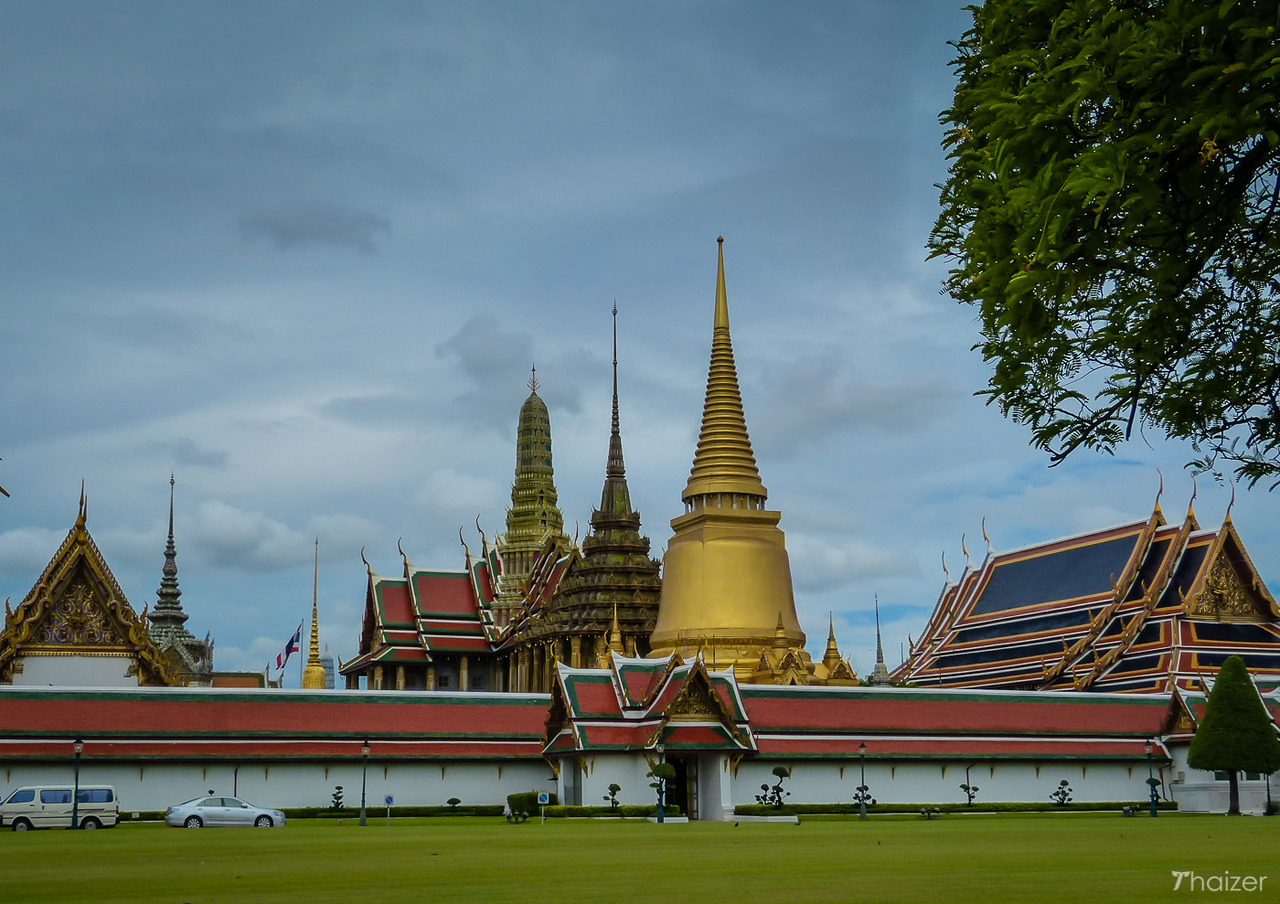 At the time of writing there is no BTS Skytrain or MRT metro station near the Grand Palace and Old City area. That will change in 2019 with the opening of the elaborate MRT Sanam Chai metro station.*

The Chao Phraya River boats can be an enjoyable way to reach the Old City for sightseeing. If you are staying in one of the popular Bangkok downtown areas such as Sukhumvit or Silom, take the Skytrain to Saphan Taksin station. The central pier, Tha Sathorn, is located adjacent to the station and is clearly signposted. Look for Exit 2 at Saphan Taksin and follow the signs to the pier. Fares on the ordinary boats are around 15 Baht per person. Use pier N8 (Tha Tien) for Wat Pho (Temple of the Reclining Buddha) and the cross-river ferry to Wat Arun (Temple of the Dawn). Pier N9 (Tha Chang) is closest to the Grand Palace and Wat Phra Kaeo (Temple of the Emerald Buddha).

There is also the option of taking the special tourist boat which, although more expensive, does have its benefits. These boats have more room and with an on-board commentary in English pointing out places of interest as you head upriver, the service can be useful if you are a first-time visitor to Bangkok.

In addition to the Chao Phraya River boats, longtail taxi boats operate at frequent intervals along the Khlong Saen Saeb canal. These boats are commuter boats and don’t allow much time to get on or off and can be chaotic. Although the experience can be interesting, the speed of the boats and spray from the canal can be unpleasant. If you want to experience the canal boat taxis, there is a stop at Phanfah Leelard which marks the start and end of the Golden Mount line. Walk over the ‘Crying Bridge’ to visit the nearby Golden Mount before taking a walk into the Old City.

Tourist taxi boat service
As an alternative to the regular commuter boats on Khlong Saen Saeb, a tourist-friendly service was introduced in 2017. At 200 Baht for a day pass compared to around 10-20 Baht per trip on the ordinary boats, prices are higher, but the tourist canal boats offer more space and better safety features compared to their counterparts.

If you have luggage with you and are intending to book into a hotel or guest-house in the Old City, the Chao Phraya River boats and standard canal taxi boats are not a practical way to travel. They are often crowded and are designed for commuters and it is easier and more comfortable to take a taxi instead.

Coming from Bangkok Suvarnabhumi or Don Muang airport, use one of the official taxis from the airport stand and they should charge the meter rate plus the standard 50 Baht airport surcharge. Fares from Bangkok Suvarnabhumi airport to the Grand Palace area will be in the region of 400-500 Baht (including tolls on the expressway). From Don Mueang it will be a similar amount. The downside of these taxis is that there are sometimes long queues and if there are more than 2 people or if you have large baggage, you may have and added wait for one of the bigger cabs.

Many hotels in Bangkok will also arrange a taxi for you. This will be more expensive than the standard taxi service (on average around 800-1,000 Baht), but the taxi driver should be there waiting for you with your name on a card. Private transfers from the airport can also be arranged with a specialist tour company such as Klook*, and this too can save time and hassle at the airport.

There are a number of local buses that travel towards the Old City district of Bangkok, but these aren’t ideal if you have luggage or can’t speak Thai. One of the exceptions is the tourist-friendly A4 bus line that runs from Don Mueang Airport to Khao San Road and Sanam Luang. The buses start from Gate 6 (first floor) Terminal 1 and from Gate 12 (first floor) Terminal 2. Service runs at approximately 30 minute intervals from 7am to 11pm with a fare of 50 Baht.

There are no skytrain stations in the Old City area. As mentioned in the introduction, a new metro staton close to the Grand Palace is due to open in 2019*. In the meantime, the closest metro station is at Hualamphong near Chinatown. From here you can take a taxi to the Old City. If you have no luggage and enjoy walking, the walk through Chinatown to the Old City is an interesting route full of local character.