In season from July to October, longans (known in Thai as lam yai) are a popular fruit in Thailand, particularly the north of the country with Chiang Mai and Lamphun provinces both renowned for their lam yai crops. So much so, that Lamphun has become synonymous with the fruit and hosts the annual Lam Yai Festival in August. 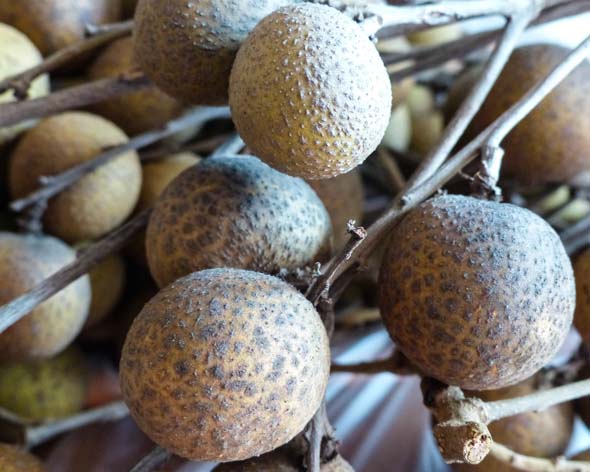 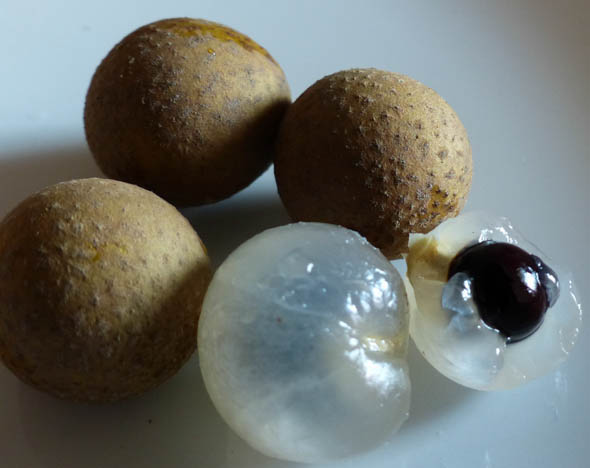 When peeled, the flesh has a translucent quality allowing you to see the small dark stone inside. Longans, or ‘dragon’s eyes’ as they are sometimes called, are roughly the size of a grape with a thin green/brown speckled outer shell. In Thailand there are two main varieties of flesh colour; white and pink. The sweet and juicy white longans are the most commonly found variety in Thailand with the highly-prized pink longan (lam yai see chomphu) having a crisper taste. To enjoy a longan simply break open the thin outer shell and eat the flesh, but not the stone. The fruit is rich in vitamin C and is also reputed to be good for the skin and hair. Longans can be sampled fresh or in dried form and for a refreshing drink try lam yai juice poured over ice. If you have a sweet tooth keep an eye out for the Thai desert dish, khao niao lam yai, which combines longans with sticky rice and coconut milk.