If you are travelling in Thailand the train system can be a cost-effective way to get around the country. The service is generally decent and safe, but the trains are slow. The arrival times shown in the timetable, especially on the long-distance routes, should be treated as estimates rather than guarantees. Overnight trains in Thailand routinely arrive at their final destination 3 or more hours later than the published timetable time. If you need to be at your destination at a specific time, buses and flights are more reliable in terms of time-keeping, but the trains in Thailand do have plenty of other advantages. This is particularly true if you want to save on a night’s accommodation and use the sleeper train services.

What sort of seat or bunk can I expect?

The carriages and seats are all clearly numbered, but railway staff are on hand if you have difficulty locating your seat. The photos below were all taken on a second-class sleeper carriage travelling between Chiang Mai and Bangkok. 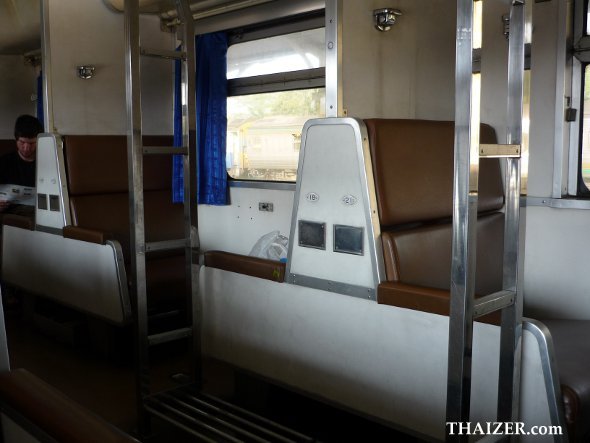 When the train departed in the late afternoon, the compartment was configured to have wide and comfortable individual seats. 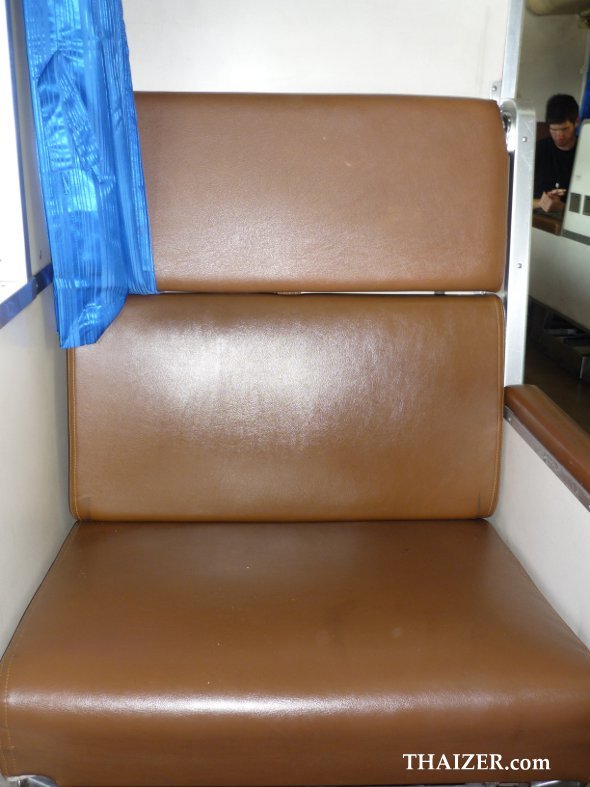 Later on in the evening, a train attendant comes around to convert the seats into the sleeper bunks and also makes the bed up with fresh sheets, blankets and pillows. Upper bunks are pulled down from the overhead storage position and are accessed by a secure metal ladder. There are reading lights in both upper and lower berths, but in my experience these don’t always work so you may want to bring your own torch or reading light. If you have a choice of bunks, I would personally advise opting for the lower bunk. The lower bunks are more expensive, but they have the advantages of being slightly wider, have more headroom and also have a window (with a curtain). 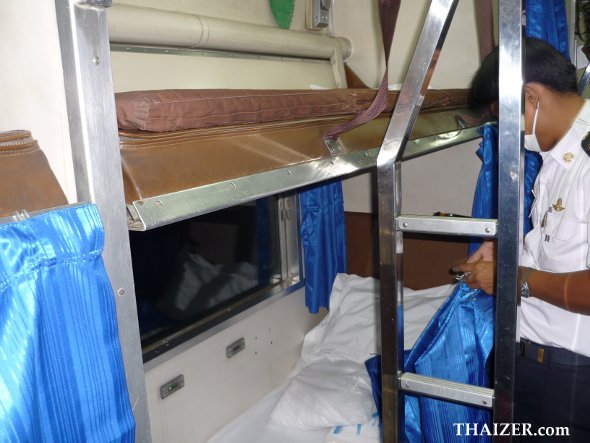 Both types of sleeping bunk (upper and lower) are curtained off for privacy. On most sleeper trains there are also private first class berths for two people which can be locked from the inside. Please note that if you are a single traveller, but want to book a first-class carriage to yourself you have to pay for both seats in the compartment. 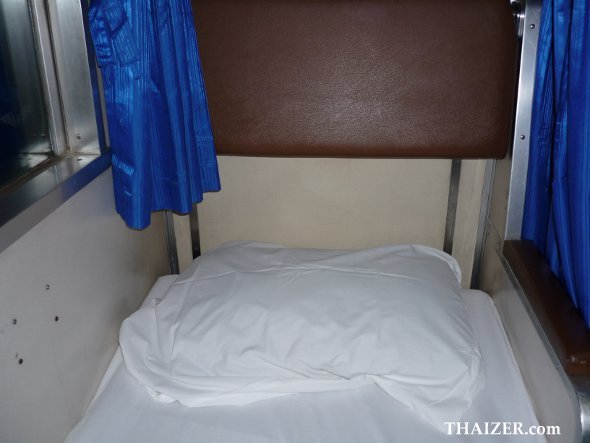 Is there room for luggage?

Luggage can be stored on the metal racks shown in the photos. When I travel on sleeper trains I keep my valuables on my person or in a small bag which I keep in my bunk when I sleep. 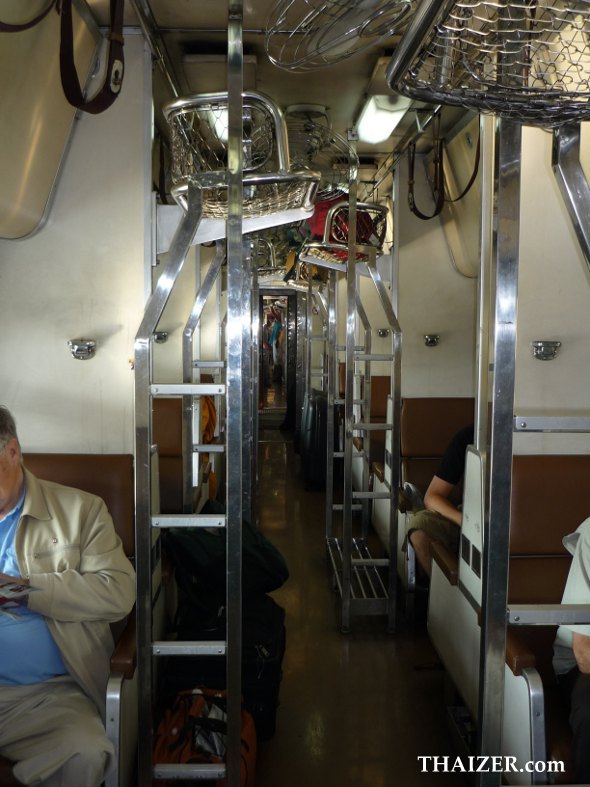 Most sleeper trains are air-conditioned, but there are also some carriages with fans and windows which can be opened by sliding up or down. I’ve travelled overnight using both types and found both to be very comfortable.

Do all trains have sleeper carriages?

Sleeper carriages are only available on certain long-distance routes where trains travel overnight. For overseas visitors there are two routes which are particularly popular. The northern line service between Bangkok and Chiang Mai and the southern line service between Bangkok and Chumphon or Surat Thani for the connecting ferry services to the islands of Ko Tao, Ko Pha Ngan and Ko Samui. Surat Thani is also useful for bus services across country to the Andaman Coast of Thailand via Khao Sok National Park.

How much does a sleeper compartment cost?

What amenities are on board?

Sleeper trains usually have a restaurant carriage and train attendants can also serve you food at your seat if you want. You will be presented with a menu card in Thai and English to make your selection. At the beginning of a journey, you will also see various Thai people wandering up and down selling food and drink so you certainly won’t be going hungry or thirsty. Toilet facilities in second-class carriages aren’t always the best although they do seem to have improved over the years on some trains. There is normally an Asian-style squat toilet at the end of each carriage with a Western-style sit-down toilet opposite. If you have booked a first-class compartment you will have your own private toilet, wash-basin and small shower.

Do I need to book in advance?

If you can book in advance, it would be wise to do so. If you arrive at the station on your day of travel without booking in advance you may still be able to travel, but not necessarily on the train service you want or in the seat you want. If you are already in Thailand, I would advise trying to book at least 48 hours in advance. Bookings can be made at main train stations in Thailand and also by many travel agents/tour offices although the latter will also charge a booking fee on top of the rail fare. You can also make Thailand train bookings online.

In the tourist high season (November to February) there is a higher demand from travellers for the overnight sleeper services, particularly on the Northern Line (Bangkok-Chiang Mai) and the Southern Line (Bangkok to Chumphon/Surat Thani/Trang/Hat Yai). Public holidays and festivals can also be busy travel times, notably the Songkran holiday period in April and the New Year holiday at the end of December.